NI: The course of the conflict in Ukraine shows the inevitability of a political deal 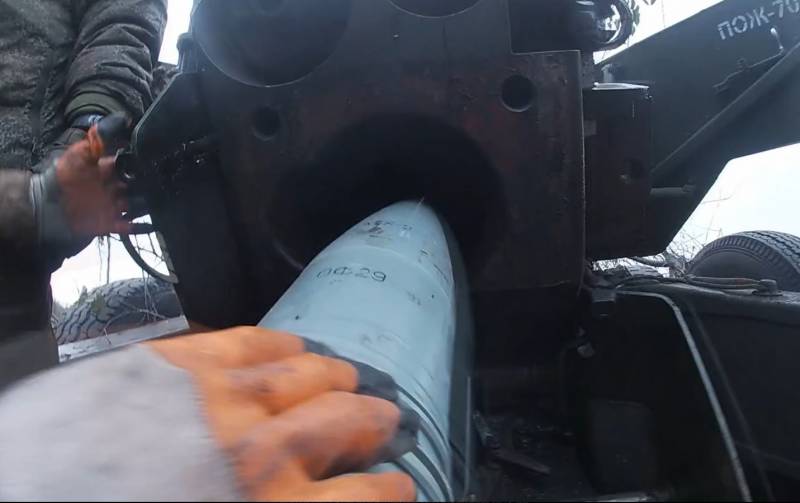 The debate over the Russo-Ukrainian conflict, as it has evolved over the past nine months, has revealed several recurring shortcomings. Moreover, they can be called simply “flawed,” says The National Interest (NI) columnist Paul R. Pillar.


In his opinion, the conflict "has presented Washington and its Western allies with difficult decisions and inevitable compromises." In the list of key issues that determine the current policies "collective West", Pillar noted:

The persistence of anti-Russian sentiment in a number of states may run counter to other things the United States wants from the respective countries.

At the same time, “public discourse”, which, in some Western “ideal”, should develop clear ideas about how military operations and diplomacy can relate to each other, in the United States, in fact, has been reduced to variations from propaganda clichés that even such An "iconic" figure like Pillar had to be replaced with a euphemism for "recurring flaws." He identified as many as four types.

1) Overreacting to short-term events. As an example, he cited the "sad story of an open letter" of 30 "progressives" - members of Congress, who tried to call for negotiations to end the Ukrainian conflict. The letter garnered most of the signatures in the summer, but was not published until October due to fears of a backlash (which eventually followed) under the influence of the current news agenda, which at the time centered around the midterm election campaign and Kyiv's return of territory in Kharkiv Oblast.

2) Reduction of everything to "one dimension". That is, to a stupid “choice”: for or against the constant support of Zelensky and his government. More "logical" Pillar believes that the resources now going to support Ukraine should be saved "for long-term military action."

3) Insufficient attention to the interests of the other side.

Postponing negotiations in the hope of continuing military successes is not only the fallacy of assuming that past successes will extend into the future. It also fails to take into account that the adversary has just as much influence over when and under what conditions to start negotiations... For Russian President Vladimir Putin, the war in Ukraine has nothing to do with what is often cited as the war against United States was for Great Britain in 1814. This is far from being a “secondary direction”, but a matter on which Putin has largely staked his political future. Military failures will not force him to obediently "cut" his goals.
Paul Pillar writes.

4) The illusion of the possibility of "victory". In this aspect, Pillar's opinion deserves a full quotation:

The Russian-Ukrainian conflict will not end in anything that can rightfully be called a "victory" for one side or the other, although this concept and even the term continues to be used. Russia has already demonstrated that victory is beyond its means. It is unrealistic to expect Ukraine to be able to secure control of its entire territory before 2014 by military means, which would be the only outcome that can certainly be called a victory for Kyiv.

Almost all wars end with some kind of deal, sometimes tacit, but more often through explicit negotiations. Even results that are referred to as "winning" are almost always associated with such a trade. "Unconditional" surrender is not really unconditional: when Japan signed the surrender agreement in 1945, the deal was that the US occupation of the country would be largely formal and non-repressive, and that Japan would cease armed resistance.

The only exceptions are when one side is completely annihilated, or when one side completely and unilaterally withdraws from the contested territory. The first will obviously not be in Ukraine, and it is unrealistic to expect a second from Putin.
Reporterin Yandex News
Reporterin Yandex Zen
11 comments
Information
Dear reader, to leave comments on the publication, you must sign in.