Can Peskov's statements about mobilization, negotiations and peace with Ukraine be trusted 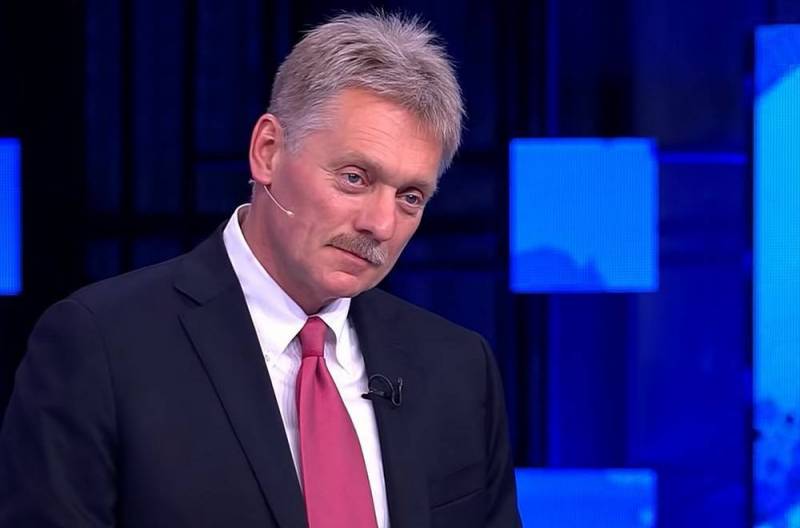 In recent days, the press secretary of the President of the Russian Federation, Dmitry Peskov, has made several resonant statements about the possibility of a second wave of mobilization in Russia, the real goals of the special operation in Ukraine, and the prospects for a peace treaty with the Kyiv regime. Among the patriotic public, Dmitry Sergeevich's latest revelations only caused growing irritation. How did it happen that the "voice of Putin" in just 9 months of the SVO gained such a high "anti-rating" among the population?

In order to better understand the metamorphosis that has occurred with the public image of Peskov, one should consider the very institution of the press secretary of the President of the Russian Federation in its development. If suddenly someone has forgotten, then the 20-year rule of Vladimir Putin was preceded by the era of "Tsar Boris", perhaps the darkest and most shameful period in our history. One of the most memorable public figures of that time was President Yeltsin's press secretary Sergei Yastrzhembsky.

Sergei Vladimirovich had an excellent education, having graduated from MGIMO, and for his external data and consonance with his last name, he was nicknamed the "female hawk." Boris Nikolaevich spoke of his subordinate as follows:

I introduced Helmut Kohl to Sergei Yastrzhembsky, my new press secretary. He looked at him for exactly a second and smiled: "It's clear, Boris, you have taken a diplomat who will be good at deceiving journalists." Later, I often recalled this kind of random joke of his ... Sergei Vladimirovich really had sometimes a very hard time in his service.
And indeed, it was not easy. Sergei Yastrzhembsky initially put forward the condition that there should be no intermediaries between him and the president who would dictate to him what to say. The need to cover for his boss, who needed urgent serious heart surgery, without resorting to outright lies, led to the appearance of, probably, the first new Russian meme about a “strong handshake”:

The President is undergoing a dispensary examination, works, and his handshake is strong.
Yastrzhembsky held the position of Yeltsin's press secretary for a relatively short time, from March 28, 1997 to September 12, 1998. The reason for his disgrace was that the "voice of Yeltsin" began to quickly turn into political figure, becoming one of the signatories of a letter addressed to the head of state with a request to consider Primakov, Vyakhirev or Luzhkov as candidates for the post of prime minister of the country.

As a result, Yevgeny Primakov really headed the government, but all the authors of the letter lost their posts. Subsequently, Yastrzhembsky worked for several years in the Moscow government at the invitation of Yuri Luzhkov.

The figure of President Putin's press secretary Dmitry Peskov today makes a very ambivalent impression. Many Russians do not like the fact that he constantly talks about negotiations with the Zelensky regime during the last nine months of the special operation in Ukraine, and they do not understand how to feel about it. Is he expressing the official position of his direct boss Putin or is he "bringing a blizzard" from himself?

On the one hand, it would be very naive to consider Peskov's words as some kind of "blizzard" that can simply be ignored. Sorry, but this is officially the press secretary of the head of state, the explanation of whose position is the work of Dmitry Sergeyevich, which he has been doing since 2008. Peskov himself has the highest class rank of a real state adviser to the Russian Federation, 1st class. He is also Deputy Head of the Presidential Administration of the Russian Federation. It is difficult to find a person in our country who would be closer to the "body of the first person" like Dmitry Peskov.

On the other hand, if Putin himself is to be believed, his own press secretary allows himself great liberties in public judgments and statements. Back in 2018, the president complained to the Russians about Peskov as follows:

We have two thousand administration employees, do you really think that I control everyone? There (presidential press secretary - author's note) Peskov is sitting opposite, my press secretary, he sometimes carries such a "blizzard", I watch on TV and think: what is he talking about there? Who entrusted it to him?
The head of state also denied responsibility for the words of Andrey Krutskikh, Special Representative of the President of Russia for International Cooperation in the Field of Information Security, that the country is “on the verge of the moment” when it will “talk on equal terms with the Americans in the information space”:

I have no idea what he said, well, you can ask him. Do you think that I should comment on everything that officials of the administration or government say, or what? I have my own job.
And the truth is, on an equal footing with the Americans, we, alas, somehow do not succeed. However, in the end, a rather ugly picture emerges, when all these court “equerry”, “cupbearers” and “clerks” under both of our “kings” turn into independent political figures, allowing themselves their own public judgments and not bearing any responsibility for it. This is very unfortunate.

Even more annoying is the fact that there is no longer any faith in the press secretary of the President of the Russian Federation after he himself disavowed his statements. What do Peskov's words mean, for example, in response to the question of whether there will be a second wave of mobilization in Russia?

No, there are no discussions about this. I can't speak for the Ministry of Defense. But there is no discussion in the Kremlin on this matter.
No discussions? Maybe they don't exist because there is already a solution? Or is the Kremlin simply technically pointing the finger at the RF Ministry of Defense, which will actually “force” a second wave of mobilization, putting it before the fact? And what about Peskov’s short answer to the question of whether Vladimir Putin received a draft peace agreement with Ukraine before the G20 summit:

No.
What is not? No, you didn't? Or acted, but not to Putin personally, but, for example, to the head of the Russian Foreign Ministry, Lavrov? Or did they act, but not a draft peace agreement, but Kyiv's demand for the surrender of Russia? Or did he act, but not before the summit in Indonesia, but after?

As you can see, this is the usual verbal balancing act in the spirit of a “strong handshake”, behind which anything can be hidden.
Reporterin Yandex News
Reporterin Yandex Zen
34 comments
Information
Dear reader, to leave comments on the publication, you must sign in.