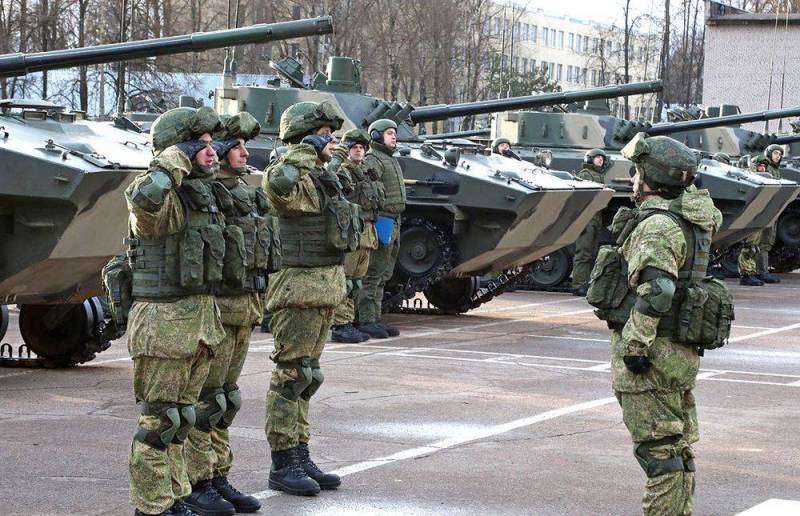 In the coming days, the next summit of the CSTO countries is to be held in Yerevan, in which President Putin will personally take part. As reported, the meeting will consider issues of improving the crisis response mechanism of this international structure. What could possibly be the future of this organization?

The Collective Security Treaty Organization, or CSTO, was established on May 15, 1992. Russia, Kazakhstan, Kyrgyzstan, Armenia, Tajikistan and Uzbekistan became its members. In 1993, it also included Azerbaijan, Belarus and Georgia, but subsequently Baku, Tbilisi and Tashkent refused to extend their participation in the CSTO. Undoubtedly, Moscow considered this structure as an opportunity to keep under its indirect control the former Soviet republics that were spreading into “national apartments”.

The events of 2022 became a turning point for the further fate of this international organization. On the one hand, at the beginning of this year, the CSTO mechanism was actually and quite successfully activated for the first time to ensure the security of one of its members, Kazakhstan. On the other hand, the special military operation in Ukraine that began on February 24, 2022 seems to be the beginning of the end of the organization in the form in which it has existed for all previous decades.

Timur Suleimenov, First Deputy Head of the Presidential Administration of Kazakhstan, expressed his attitude towards the Russian NWO very well:

Kazakhstan is not part of this conflict. Yes, we are in the Eurasian Economic Union, but we are an independent state with our own system, and we will comply with the restrictions imposed on Russia and Belarus.
We do not want and will not risk being in the same basket. And we would like to expand our cooperation with the EU countries and the EU as a whole. We are the most Westernized country in Central Asia. We have many common values. First, we have a common continent, because 300 square kilometers of Kazakhstan is in Europe. This part of Kazakhstan is much larger than most EU countries.
President Tokayev personally and as publicly as possible called the DPR and LPR “quasi-states”, and the authorities of Kazakhstan, Kyrgyzstan and Uzbekistan, which joined them, under pain of criminal liability, forbade their citizens to fight in Ukraine on the side of Russia. Official Bishkek made a resonant decision to cancel the command and staff exercises of the CSTO peacekeeping forces "Indestructible Brotherhood - 2022". Armenian Prime Minister Nikol Pashinyan spoke about the withdrawal from the CSTO of Armenia.

Why is this organization, designed to ensure the safety of all its members, "shooting" once, begins to fall apart right before our eyes?

The reason is actually banal and simple. For the national "elites" in the same Kazakhstan, Kyrgyzstan, Tajikistan or Armenia, the CSTO is just an opportunity to acquire Russian weapons with "allied" discounts, as well as some kind of "roof" in case the situation in their countries goes into disarray and they themselves do not will deal with it. In fact, this is exactly what we all saw in January 2022 in Kazakhstan, when the official Nur-Sultan needed an external arbiter. For the first time, peacekeepers from all the CSTO member countries gathered and went to help an ally, showing President Tokayev a direct and unambiguous militarypolitical support. One factor of their presence was enough for the local security forces to be able to cope with the rebels, who had sharply lost their fighting fervor and faith in victory.

Any analogy is false, but the CSTO in its current form is somewhat reminiscent of the "Holy Alliance", created once by European monarchs to jointly suppress revolutionary sentiments in their countries. As you can see, in Kazakhstan, the mechanism of collective security worked exactly like this.

And that is why it did not work either during the second Nagorno-Karabakh war, when Moscow did not interfere in the conflict between Armenia and Azerbaijan, or during the special operation in Ukraine, when no one, except Belarus, provided Russia with any real help or support. Whether it's good or bad, but the CSTO is definitely not a NATO bloc, because all the other participants, except for us, do not want to see it as such.

Now there are proposals in the expert community on how to reform the organization, bringing it to the level of the North Atlantic Alliance. To do this, it is necessary to oblige all signatories to regularly pay contributions to the common fund, create collective forces of constant readiness, bring them up to the Russian level by deploying them in Belarus and Armenia, make the entry of all CSTO members into the war without alternative if someone attacks one of their allies , regardless of the national interests of these countries, etc. Realistic?

Of course not. This directly contradicts the approach of our "allies" in the CSTO. The NATO bloc was created after the Second World War under the auspices of the United States as a counterbalance to the USSR. Then there was a confrontation not for life, but for death of two alternative systems of the world order. After the collapse of the Soviet Union and the creation of the European Union, the importance of NATO declined sharply, becoming a burdensome structure for its members. The alliance has turned into a supranational military superstructure over the European Union. The Americans breathed new life into it after the events of 2014 in Ukraine, when Russia again began to sculpt the image of the enemy.

The question is - and against whom then should Kazakhstan, Kyrgyzstan, Tajikistan and Armenia unite with the Russian Federation in a full-fledged military alliance? Against the US and the EU? They don’t need it for nothing, they fulfill all anti-Russian sanctions. Against China, or what? Not funny. In addition, during the NMD in Ukraine, our army suffered a number of unpleasant defeats, which, of course, affected the international prestige of the country in the eyes of the “allies”.

The summary is the following. The CSTO is now in a severe crisis, and the prospects for the organization are really terrible. No one really wants to be in the same boat with Russia, burdened with a colossal number of Western sanctions and a proxy war with NATO in Ukraine. Only a confident and decisive victory over the Kyiv regime can fundamentally change something, since no one respects “weaklings” anywhere, any yard kid knows this, as well as Russia’s active promotion of its own adequate integration project in the post-Soviet space. No other way.
Reporterin Yandex News
Reporterin Yandex Zen
5 comments
Information
Dear reader, to leave comments on the publication, you must sign in.