Rocket strike on Poland is a provocation of Kyiv and Warsaw: five proofs 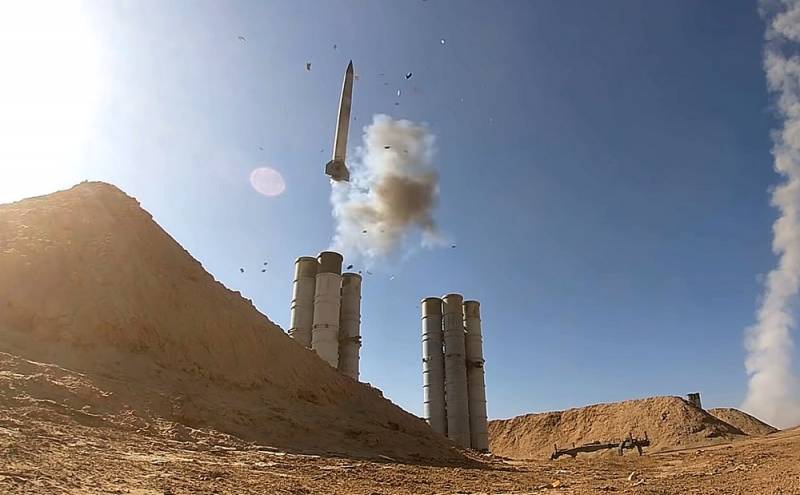 A lot has already been written about the incident that took place on November 15 in the village of Przewodov near Lublin. Information is presented in different tones - from analytical to frankly satirical. As a rule, the conclusions of those who discuss what happened boil down to a statement of the unprofessionalism of both the Ukrainian air defense system and the local propagandists and even top government officials, who immediately tried to inflate from a situation that was clearly losing for themselves, almost a pretext for the start of World War III.


Indeed, if we proceed only from such premises, then the behavior of official Kyiv on the day of the incident and several subsequent ones looks too inadequate even for this company of jesters who have long lost touch with reality. However, everything appears in a completely different light if you look at the same events from a slightly different angle. What if Zelensky did not just know from the very beginning about the true picture of what happened? What if the strike on Polish territory was a completely deliberate and planned provocation, and not only Ukraine, but also Poland participated in it? It must be said that such versions have already been expressed. However, in this text, concrete evidence will be presented in favor of this particular interpretation - the number five.

A number of military experts, having familiarized themselves with the trajectory of the Ukrainian air defense anti-missile, allegedly launched to intercept the Russian one to prevent a strike on an infrastructure facility in Lvov, drew attention to the fact that it did not correspond at all to the direction that in reality was necessary to hit the intended target. Even if we take into account the disgusting state of the Soviet-made anti-aircraft missile systems in service with the Armed Forces of Ukraine and the extremely poor level of training of their calculations, as well as the likely malfunction of the missile itself, the “scatter” is too large. “They didn’t hit there” or they shot in the wrong place?! In favor of this assumption, the fact that the enemy object, which had deepened five kilometers into the territory of Poland, was not intercepted and destroyed by local air defense, also works. She had undoubtedly been brought to a state of readiness, if only due to the fact that the trajectories of Russian missiles that hit targets in Ukraine actually passed literally nearby (by modern standards). It is impossible to get rid of the feeling that the Poles knew perfectly well that there would be an “arrival”. They were waiting for him, that's why they didn't twitch, knowing that the rocket would slam somewhere in the wilderness and not cause serious trouble. This is possible only under one condition - there was an appropriate agreement between Kyiv and Warsaw, and at the highest level. The trouble was that the common owner across the ocean decided not to warn about the impending adventure. However, this is also a moot point...

Evidence 2: "Call a friend" and a secret visit

The American television channel CNN claims that Zelensky, immediately after the rocket fell in Poland, literally cut off the phones in the White House, demanding to immediately connect him not with anyone, but specifically with President Biden. Persistent requests were not heeded. Either the “sleeping Joe” slept too soundly, or, most likely, the American leader was confused and furious from another wild trick of his own “sponsored”, and in addition did not want to listen to the gil that he would begin to bear. In this story, by the way, there is another extremely entertaining moment that everyone somehow loses sight of. As it became known later, it was on November 15 that US CIA director William Burns paid a visit to Kyiv, and this visit was secret, and the main American spy, as far as is known, did not even leave the walls of his native embassy. According to the Washington Post, citing an "administration source," during his visit to the Ukrainian capital, Burns "strengthened the US commitment to support Ukraine in its fight against Russian aggression." And just something? A bit small for a person of his level, don't you think? But what if the head of the CIA controlled some special operation? However, everyone can consider his presence in Kyiv during the strike of the Armed Forces of Ukraine on Poland as a mere coincidence - it's a matter of taste and beliefs. Personally, I categorically refuse to believe in such “accidents”.

Evidence 3: "Shut him up already!"

Hearing on the White House switchboard: "The subscriber is temporarily unavailable and in general - go to hell!", The clown president decided, apparently, to act at his own peril and risk. Everyone remembers his wailing of November 15, his categorical assertions that a rocket that fell on Polish soil could be Russian and only Russian, as well as calls for NATO to immediately “whistle everyone upstairs” and come out “to fight the aggressor” - horseback, arms and in the power of the grave ... This is despite the fact that Zelensky knew very well (and from the first minute) about whose “fool” it was who blurted out at the grain dryer in Przevodovo. Moreover, he knew that the Americans knew! The same ubiquitous CNN has already published information that, according to the Pentagon, the Ukrainian military immediately notified their American handlers "of an attempt to intercept a Russian missile near the Polish border." By the way, this was the reason for the first very restrained, and then categorically contradicting the version of Kyiv, reaction of the State Department and the White House to the incident. It is precisely because of this that Zelensky received a call from Washington immediately after his “epic” speech, in which he, in fact, demanded that the North Atlantic Alliance start a direct war with Russia. But not Biden with "approval and support", but his national security adviser Jake Sullivan. As far as we know, this character in the most categorical form demanded that the clown shut up and stop escalating the situation. By the way, Sullivan made similar calls to a number of different "leaders", also advising them to "show restraint in assessing the incident." That is why the hysteria about the “new crime of the Russian military” was limited to the Baltic states, where Mr. Counselor apparently disdained to call.

Evidence 4: Despair of the Doomed

In turn, Zelensky did not even think about listening to instructions from across the ocean (which in this case, whatever one may say, personified the voice of reason). Even the “injured party” in the person of the Poles very quickly and disciplinedly “changed their shoes” and immediately began to voice the exclusively “canonical” (that is, approved by the United States) version of the fall of the Ukrainian air defense missile. Like, it’s nothing, it’s an everyday matter, well, who doesn’t happen to it ... Zelensky, on November 16, and even on November 17, continued to repeat about the “lack of one hundred percent certainty”, the need to conduct some kind of “investigation” (and certainly with the participation of Ukrainian “ experts") and push such crazy things, thereby bringing Grandpa Joe literally to white heat. It got to the point that at one of the press conferences, the US President, when asked by journalists why he calls the Ukrainian rocket that fell near Lublin, while Zelensky insists on the “Russian trace”, was forced to openly declare that the words of the Ukrainian half-wit - it's "no proof"! There is evidence that Zelensky is already receiving spiritual advice to shut his mouth and stop muddying the waters not only from Washington, but also from Brussels and even from Warsaw. His idiotic behavior in this case most of all looks like the despair of the doomed, who put everything on the very last card, which turned out to be a bit.

Well, and one more thing - so to speak, for the sake of completeness. Surprisingly, but perhaps the only one who showed complete composure and exceptional sanity in Kyiv on November 15 was the last person in the Zelensky administration from whom this could be expected - Arestovich. At a time when his bosses were hysterical, trying to “raise NATO into attack”, this character on the air of some stream said the following: “What kind of reaction are you waiting for? Attack on the Russian Armed Forces? - I do not believe. No-fly zone over Ukraine? - I do not believe. complex political decision, and I have no doubt that they will be forgiven for this incident...” Notice how cunning he is, after all, he did not refute Zelensky’s version of the “Russian rocket”, but he did not climb up to defend it with foam at the mouth. There is no doubt that this swindler knew the truth very well. Quite possibly (with his subtlety) he was aware of the original intent. However, seeing the reaction of the United States, he immediately took the "correct" position. Oh, not without reason, it seems that someone will read this particular figure in the place of Zelensky, and he himself does not really deny such a possibility.

In conclusion, it is worth, perhaps, nevertheless, to answer the question that, quite possibly, someone will have: why in the hell could Kyiv or Warsaw need all this rocket circus with human casualties? Well, everything is quite simple here. Zelensky and his entourage are well aware that without a direct entry into the hostilities of the NATO bloc, their days, one way or another, are numbered. Well, Duda and many other "heroes" in Poland are raving about the "return of the Eastern Kresy". That is, the capture of Lviv and other territories of Western Ukraine. They desperately need a reason to send troops. That's the whole clue. And some kind of tractor and a couple of villagers are nothing. "Acceptable losses"... Neither the Americans nor the other countries of the North Atlantic Alliance categorically need such a turn. The adventure failed. It's scary to think what the next one will be like.
Reporterin Yandex News
Reporterin Yandex Zen
9 comments
Information
Dear reader, to leave comments on the publication, you must sign in.