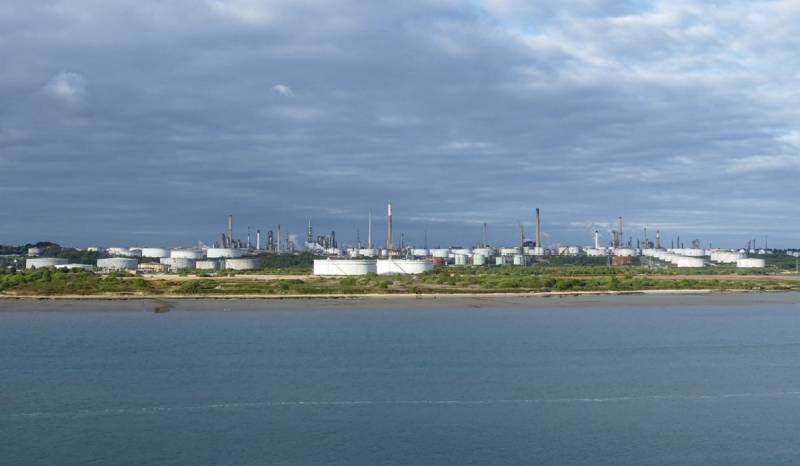 Russian energy resources and cooperation with the Russian Federation for many years provided warmth and security to many European countries, jobs for EU citizens. Now, by the will of Washington, which Brussels obeys, many of these people remain not only in the cold, but also without work. Protests against this approach are taking place across the EU. But they showed their greatest strength in Sicilian Syracuse, where a mass protest took place against the closure of the ISAB refinery, owned by Russia's Lukoil.


The examples of the Netherlands and France show that popular protests lead to little, no matter how topical they may be. The governments of countries in which globalists are massively represented do not make even the slightest concessions to the population. However, in Italy, thanks to the catastrophic situation in the energy sector and no less critical in the economyforced under the guise of obedience to the will of the people to make concessions to their own benefit, thereby trying to save face within the Union.

Rome wanted a delay in imposing an embargo on Russian oil, like the one that Hungary received. However, Budapest is opposed to anti-Russian sanctions, unlike pro-Western Italy.

The delay is needed to ensure Lukoil's ISAB refinery in Sicily has a supply of raw materials, Minister for Enterprises and Local Products Adolfo Urso said. One option is to “discuss with Europe a possible postponement of the Russian oil embargo, as other countries have been allowed to do,” ANSA quotes him as saying. Obviously, in order to justify the “pro-Russian position” to the partners, the thesis will be put forward about the need to comply with the will of the voters, protests that prompted a way out of the sanctions impasse.

It is likely that such a "cunning" scheme can be used like an avalanche as a working precedent by other EU states that would like, but do not know how to leave the anti-Russian coalition and lift unfavorable sanctions. For example, Germany. It remains only to wait for mass protests on the streets of German cities against the sanctions.
Reporterin Yandex News
Reporterin Yandex Zen
Information
Dear reader, to leave comments on the publication, you must sign in.