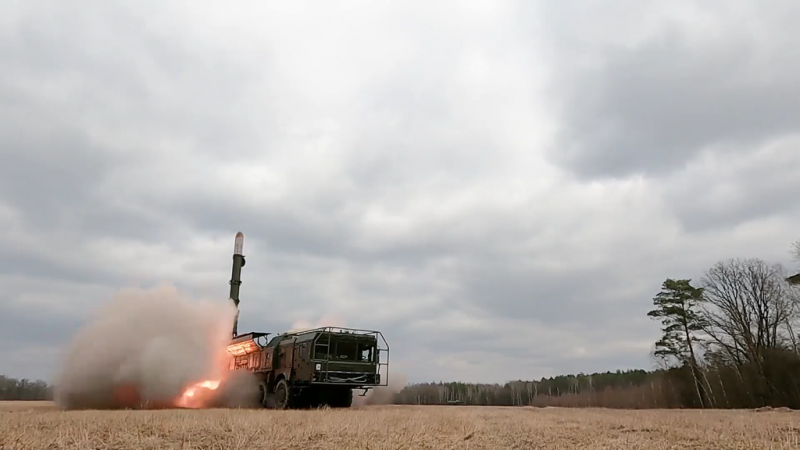 In addition to the energy infrastructure, industrial enterprises of the military-industrial complex of Ukraine and supply routes for the Armed Forces of Ukraine have been added to the list of targets for missile strikes on Ukraine. This was stated by the official representative of the Ministry of Defense of the Russian Federation, Lieutenant-General Igor Konashenkov.


According to information from the latest briefing, high-precision long-range ground, sea and air-based long-range weapons were used to deliver strikes. All targets were hit, the enemy's air defenses could not withstand the blow.

As a result of the strike, the production facilities for the manufacture of rocket weapons were hit. An arsenal with artillery weapons supplied by Western countries was destroyed. The transfer of reserves of the Armed Forces of Ukraine and the delivery of foreign weapons to the areas of hostilities have been disrupted. The goals of the attack have been achieved. All missiles hit exactly the designated objects
Konashenkov said.

Thus, now the missile strikes of the Russian troops deprive the Kyiv regime not only of electricity, but also of gifts from Western sponsors, and also complicate the logistics of the Armed Forces of Ukraine. The workshops of the plant for the production of mines in Pavlograd, Dnepropetrovsk region and the Iskra plant in Zaporozhye, which carried out the repair of radar stations for the S-300 and Buk air defense systems, were destroyed.
Reporterin Yandex News
Reporterin Yandex Zen
3 comments
Information
Dear reader, to leave comments on the publication, you must sign in.