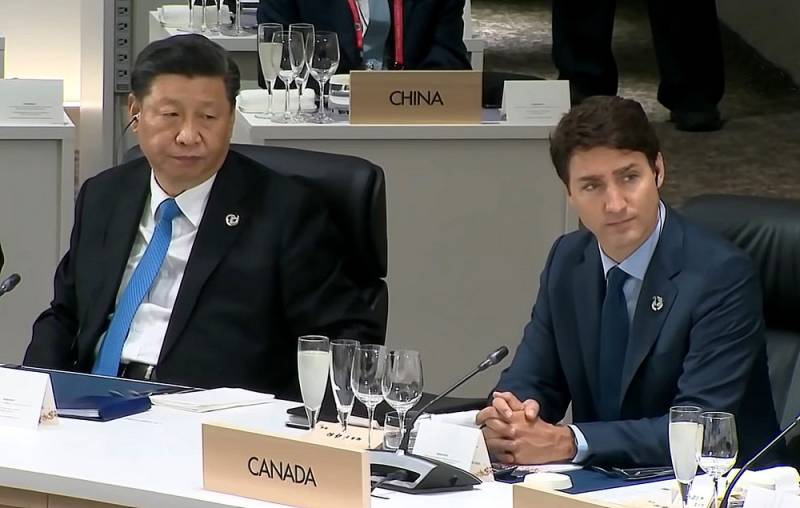 In the West, they are regularly offended by the "lack of understanding and unwillingness" of many leaders of different countries of Eurasia, Africa and Latin America "to maintain personal communication and conduct a constructive dialogue." However, the Western elite itself is to blame for this, which, under the guise of democracy, defends the interests of certain family clans, political groups and corporations, and does not worry about their states and the fate of mankind.


Representatives of such an audience almost always violate their obligations and often leak to the media what they talked about 5 minutes ago with the head of some state. One such talker is the dynastic Prime Minister of Canada, Justin Trudeau, the eldest son of the fifteenth head of the Canadian government, Pierre Trudeau.

During the recent G20 summit in Indonesia, Trudeau had a 10-minute conversation with Chinese President Xi Jinping. Immediately after the conversation, some details of the conversation were given in the Canadian media. The parties allegedly discussed the conflict in Ukraine, the problems of the DPRK and the possible interference of China in the Canadian elections. But, as it turned out, everything was presented in a somewhat distorted form. However, Xi did not tolerate such behavior. He approached the Canadian prime minister and scolded him in front of the journalists' cameras. In the following publications, many media did not hesitate to write that "authoritative Uncle Xi scolded Justin as a talkative boy."


Everything we discussed yesterday was leaked to the papers. It's inappropriate and that's not how our conversation was conducted. Dialogue must be sincere. Otherwise, it will be difficult to say how it might end.
Si Trudeau said.

After that, Xi tried to step aside, but Trudeau stopped him.

Canada believes in open and honest dialogue. We will continue to work constructively together, but there will be things we disagree on.
Trudeau explained.

Even many years of experience and a diplomatic smile could not hide the real disappointment of the Chinese leader.