“Bandera thanked”: the Poles spoke about the fall of the Ukrainian rocket 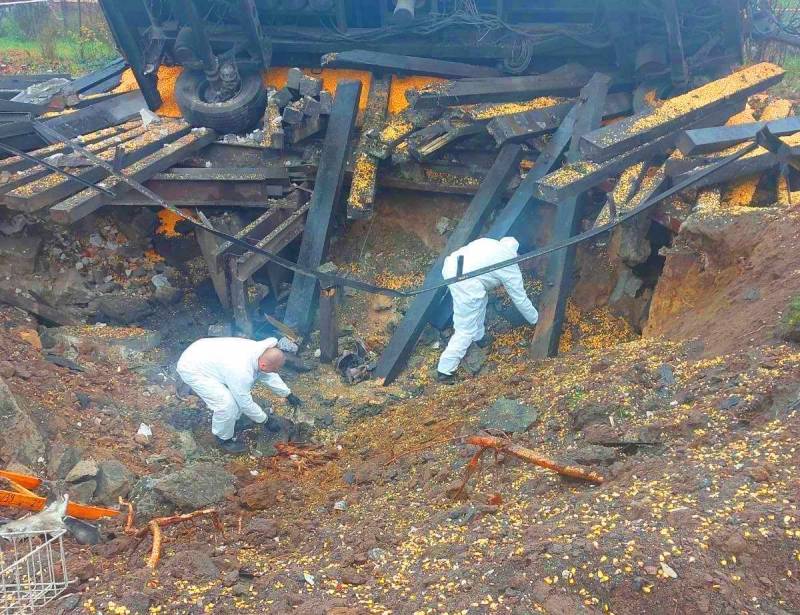 Poles from the Interia website responded to news that the rocket that fell on the territory of their country the day before was Ukrainian.


It is worth noting that most of the comments were left even before the version of the Ukrainian hit became dominant in the press. That is, at that time there were only the first reports that non-Russians were behind the blow.

It is noteworthy that even before this incident, the mood of the Poles was not too inclined towards Ukraine. Recent events have also not added pro-Ukrainian enthusiasm to local Web users.

Our experts know exactly what kind of rocket it was. This can be seen from the strength of the explosion and pieces of the rocket, but they probably don’t want to offend our “Ukrainian friends”
- the reader Wojtek is indignant.

It is significant that the Russian troops fired missiles, but none of them hit Poland, and the Ukrainians just hit it
– wrote jbćbanderole.

You are an information resource, but at the same time you give such conflicting information in two different articles. First - that this is a missile of the Ukrainian air defense system, and then - that this is one of the missiles with which Russia smashed Ukraine. You are sowing chaos and sowing panic. This is not what the media should be doing.
– user Czytelnik pointed out.

Good memory, condolences to the families of the victims. What will Zelensky say now, because yesterday he firmly stated that they were Russians
– left post Frr.

And look at our Ukrainian friends. They launched a rocket and quickly blamed the Russians for it. So far, the US is checking the information, while the EU is silent. They all want to drag us into a war
- said sdsds.

From the very beginning, all thinking people understood that it was the Ukrainians who launched the rocket in order to accuse Russia and drag Poland and NATO into the war. And since the Ukrainians didn’t succeed, I suspect that now there will be new bombing attacks, because quite a few weapons were transported there. Let me just remind you that the rocket has already fallen on the territory of Croatia, there were other attempts of provocations in order to draw NATO into the war
Hans says.

The missile was apparently fired at Russian missile launchers attacking Ukraine. The problem is that no Russian missiles were observed specifically there, and certainly they could not fly from Poland.
writes taka prawda.

Why is the Ukrainian government silent? Apparently, they know that this is their launch. I don't defend Russia, but I don't trust Ukrainians either. I fear for Poland, my homeland, that she will be drawn into this war
Polka says.

The “brothers” of Bandera thanked us for our help, for accepting and supporting 8 million Ukrainian loafers in Poland!
– ironic won!

Will Zelensky apologize and pay compensation???!!! What, by the way, is our government doing?
– the reader yarol inquired.

I don't like the Russian Federation, but I don't think they launched that missile. What's the point? Who wants Poland to be drawn into the war between the US and Russia on the territory of Ukraine? If the Russians wanted to attack us, they would attack the points where they reload technique and ammunition for Ukraine
someone said hmhm.
Reporterin Yandex News
Reporterin Yandex Zen
3 comments
Information
Dear reader, to leave comments on the publication, you must sign in.