October 18 2018
0
In the Kuban, not far from the city of Yeysk, the planned training flight of the L-39 aircraft crashed. According to the Department of Information and Mass Communications of the Ministry of Defense of the Russian Federation, this happened at about 17 p.m. in the village of Dolzhanskaya, located on the coast of the Sea of ​​Azov. 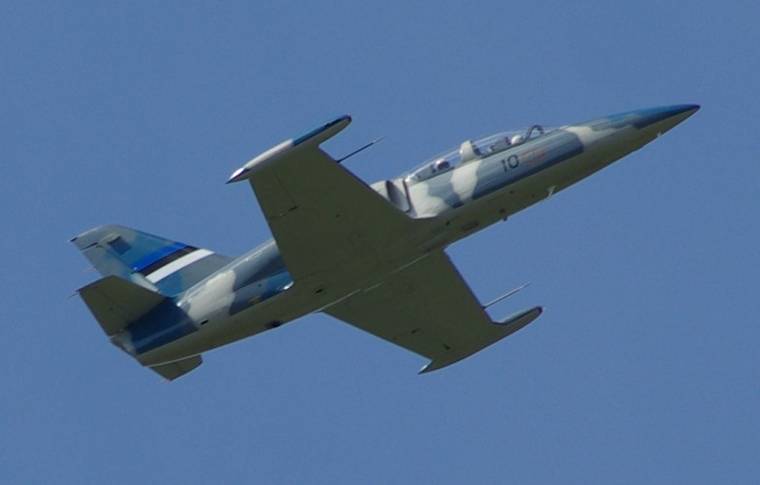 The aircraft fell into the water about one and a half kilometers from the coast. According to preliminary data, the incident happened due to technical malfunctioning training aircraft. He went on a flight without having ammunition on board.

The L-39 crew consisted of two people. According to Interfax, the pilots managed to eject. Most likely, they fell into the Sea of ​​Azov near Dolzhanskaya Spit. To the rescue he was sent a boat with a search and rescue group.

It should be noted that the L-39 aircraft, called the "Albatross", was manufactured first in Czechoslovakia, and after its collapse - in the Czech Republic in 1970-1999. It is designed to train pilots. Used in more than thirty states. Some of its modifications are used for military purposes.

The Vzglyad publication reports that the crashed aircraft belonged to the Yeysk center for combat training and retraining of the flight personnel of the Naval Aviation of the Russian Navy.
Ctrl Enter
Noticed oshЫbku Highlight text and press. Ctrl + Enter
We are
The crash of the Su-27 in Ukraine: an American pilot dies
A military plane crashed in the suburbs
Reporterin Yandex News
Read Reporterin Google News
Ad
The publication is looking for authors in the news and analytical departments. Requirements for applicants: literacy, responsibility, efficiency, inexhaustible creative energy, experience in copywriting or journalism, the ability to quickly analyze text and check facts, write concisely and interestingly on political and economic topics. The work is paid. Contact: [email protected]
Information
Dear reader, to leave comments on the publication, you must to register.
I have an account? Sign in