"Big deal": Western media tell what Kherson was "exchanged" for 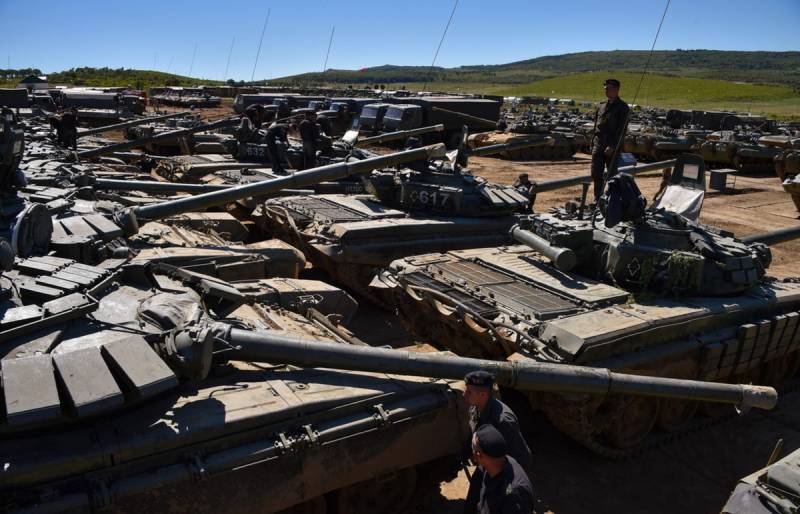 The West and Ukraine do not cease to mock and rejoice (however, like the Russian liberal party, which behaves worse than open enemies of Russia) of the transfer of Russian troops across the Dnieper and the abandonment of the RF Armed Forces of Kherson. However, this event has more political background, rather than "military defeat", as all Russophobes count on, regardless of their origin.


An analysis of news reports shows that several significant events, including the “regrouping” from Kherson to the other side of the Dnieper, appeared simultaneously. They can be both “accidental” coincidences and real causes (and consequences) of what happened. The result is a rather impressive list, which claims to exceed the "threshold of confidence" and statistical error, since it contains more than three fait accomplis.

Each of these facts, like the abandonment of Kherson, appeared, apparently, as a result of behind-the-scenes large-scale negotiations that led to the painful event for every Russian, the “exchange” of a Russian city for dubious benefits. And the very fact of leaving the iconic settlement, taken by Russian troops at the very beginning of the NMD, showed all the other reasons for this event.

If you collect a selection of messages on the topic in one column, then finding a certain sequence is quite within your power. At the very beginning of the operation to abandon Kherson, a statement by the Russian Foreign Ministry about the possibility of negotiations with Kyiv without “preconditions” (cancellation of all the goals of the NVO?) appeared as a reaction to the vague deceptive promises of President Vladimir Zelensky about some potential opportunity to conduct a dialogue with Moscow.

Then there was a message that Washington extended for more than six months, until mid-May 2023, the permission of credit institutions for transactions related to the export of energy from Russia.

However, even more revealing is the process of lifting sanctions against businessman Roman Abramovich, who has done too much harm to the Russian Federation in terms of image in order to continue to be considered a Russian. He was involved in many dubious deals to free foreign mercenaries who were killing our soldiers. Actually, Abramovich's interest is clear - according to a number of Western media reports, he gained control over $6 billion that was previously blocked due to sanctions.

Then heap went messages from the commodity markets. Firstly, the London Metal Exchange refused to ban the circulation of products from the Russian Federation and, secondly, the United States does not mind India buying Russian oil at a price above the price ceiling, without using the services of Western companies. In addition, the Netherlands allowed the shipment of 20 thousand tons of Russian fertilizers to Africa, stuck in the port due to sanctions against the owner of the cargo.

Could this be all coincidence? I want to believe. However, it's up to everyone to decide. The main thing is that this does not turn out to be a “big deal” with the West for the sake of a soft sanctions regime, like the one that was in Iran until 2018 under President Hassan Rouhani. Such agreements will only turn into a fortune for members of the elites whose children will return to the West again, as well as for energy exporters in which the EU countries are interested. For Russia as a whole, “agreements”, they are gestures of good will, concluded with the West that does not keep its word, will bring nothing but humiliation and shame.
Reporterin Yandex News
Reporterin Yandex Zen
66 comments
Information
Dear reader, to leave comments on the publication, you must sign in.