"Lancets" continue to deprive the Ukrainian troops of artillery 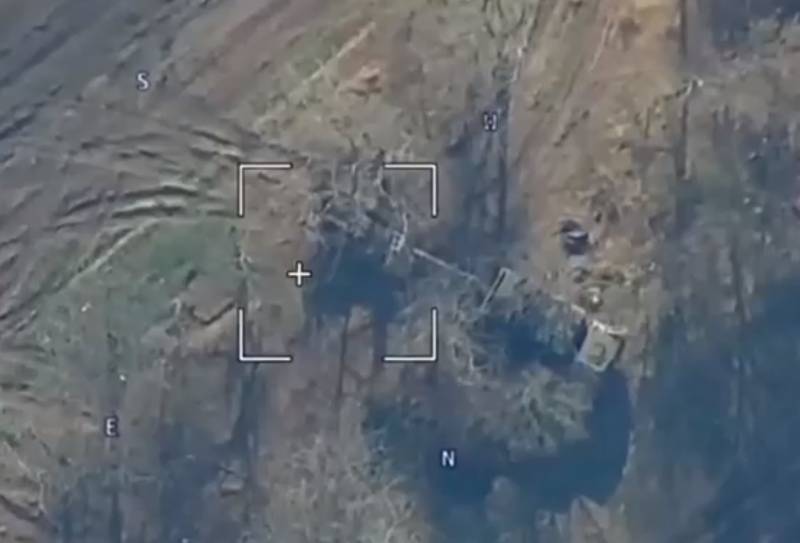 Russian kamikaze drones "Lancet" continue to destroy artillery installations of the Armed Forces of Ukraine. The corresponding videos have been posted on social networks.

In the first video, the drone strikes a 122mm D-30 howitzer. What is happening is shown from different angles.


On the second video, the RF Armed Forces destroyed an Italian FH-70 self-propelled howitzer. The crew of the artillery installation rushed in all directions.


The third video shows the drone hitting the BAT-2 tracklayer.

In addition, according to the data of the Russian military department on November 11, loitering ammunition "Lancet" and MLRS of the RF Armed Forces destroyed three American M777 howitzers, two infantry fighting vehicles and three pickup trucks of the Ukrainian armed forces.

Along with this, the air defense systems of the Russian troops over the past day shot down seven enemy drones in the areas of the settlements of Golikovo, Krasnorechenskoye, Krivosheevka in the LPR, Makarovka, Nikolskoye and Kirillovka in the DPR. In a number of districts of the Kherson region, the LPR and the DPR, 32 HIMARS shells were hit in the air, as well as five American-made HARM anti-radar missiles.

On the eve of the Lancet UAV hit a large number of Ukrainian equipment in the Berislav direction. Russian loitering ammunition is also successfully attacked in other areas of the special operation.
Reporterin Yandex News
Reporterin Yandex Zen
Information
Dear reader, to leave comments on the publication, you must sign in.