US conducts dangerous missile exercises in the Arctic 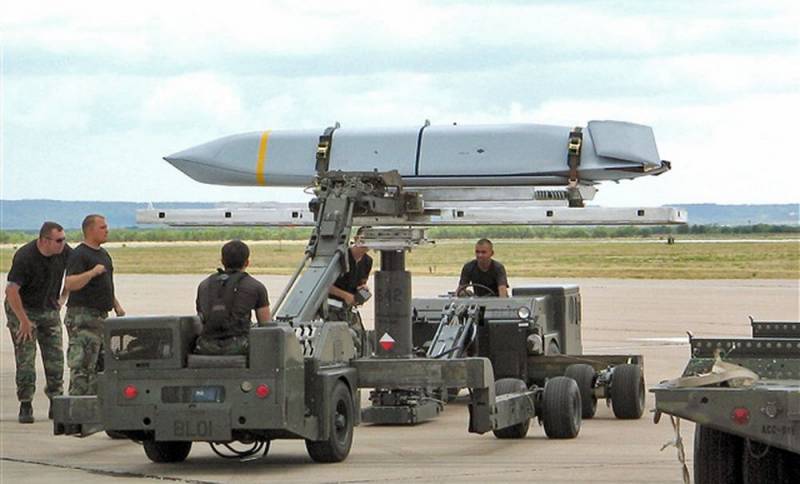 The Americans have learned how to launch their high-precision air-to-surface cruise missiles of the AGM-158 JASSM (Jasm) family with a range of up to 1000 km from conventional military transport aircraft. These ammunition are made using of technologies stealth and can carry a nuclear warhead.


The conduct of these tests was another proof that Washington has not abandoned its concept of delivering a massive non-nuclear disarming strike on Russian territory. The United States has a huge air fleet of military transport aircraft (more than 700 C-130 and C-17 aircraft). Moreover, each such aircraft can carry 3-4 pallets (as in the video below), 4 ammunition each.

Thus, each American military transporter will be able to launch 12-16 such missiles, and 100 aircraft - 1200-1600. This indicates that even without its Asian and European allies, as well as its own navies and other types of aircraft, in theory, the United States could send several thousand of these missiles at once.


In addition, on November 10, US special operations forces conducted exercises dangerous for the Russian Federation in the Arctic. They dropped a long-range missile by parachute, calling it a challenge to Moscow, reports the Pentagon's Stars and Stripes.

That puts this thing within Russia's reach. We deliberately try to be provocative without escalating. We are trying to contain Russian aggression, expansive behavior, showing enhanced capabilities of allies
- told the publication Lieutenant Colonel of the European Special Operations Command Lawrence Melnikov.
Reporterin Yandex News
Reporterin Yandex Zen
1 comment
Information
Dear reader, to leave comments on the publication, you must sign in.