UAV-kamikaze "Lancet" filmed the defeat of the Ukrainian "Buk" 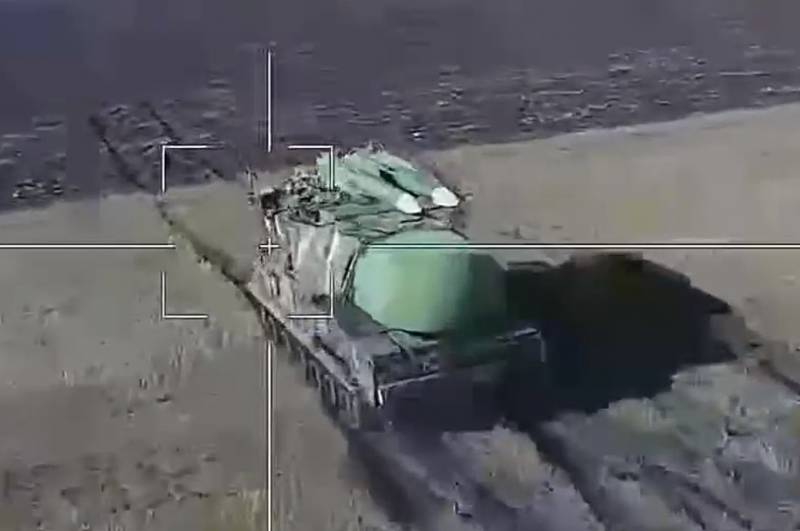 A video of the defeat of the Ukrainian Buk-M1 anti-aircraft missile system by the Russian Lancet kamikaze drone got into social networks. The blow fell on the side of the air defense system.


According to sources, the attack on the Buk was carried out by fighters from the PMC Wagner.


Meanwhile, according to the data of the Russian defense department on November 7, Russian combat aircraft attacked the command posts of Ukrainian units in the areas of the settlements of Ivanovka, Krakhmalnoe in the Kharkiv region, Vodyane, Pavlovka in the DPR, Novaya Kamenka, Davydov Brod, Belogorka in the Kherson region. In addition, the RF Armed Forces hit 72 artillery units of the Armed Forces of Ukraine and destroyed many militants and military equipment in 186 regions of Ukraine.

An enemy Mi-8 helicopter was shot down in the area of ​​Novaya Kamenka in the Kherson region, and five drones of the Armed Forces of Ukraine were also destroyed near the settlements of Berestovoe, Yegorovka, Yevgenovka and Valeryanovka on the territory of the DPR.

Along with this, Russian air defense systems intercepted 14 HIMARS and Vilkha MLRS missiles near the settlements of Novaya Kakhovka, Otradokamenka, Korsunka in the Kherson region, Starognatovka, Gruzsko-Lomovka in the DPR and Donetsk. Allied forces also suppressed a battery of the Armed Forces of Ukraine in the area of ​​the Zaporizhzhya NPP, which fired seven large-caliber shells in the zone of the nuclear facility, with return artillery fire.
Reporterin Yandex News
Reporterin Yandex Zen
11 comments
Information
Dear reader, to leave comments on the publication, you must sign in.