As a result of Russian counter-sanctions, the duopoly of Boeing and Airbus may turn into a monopoly 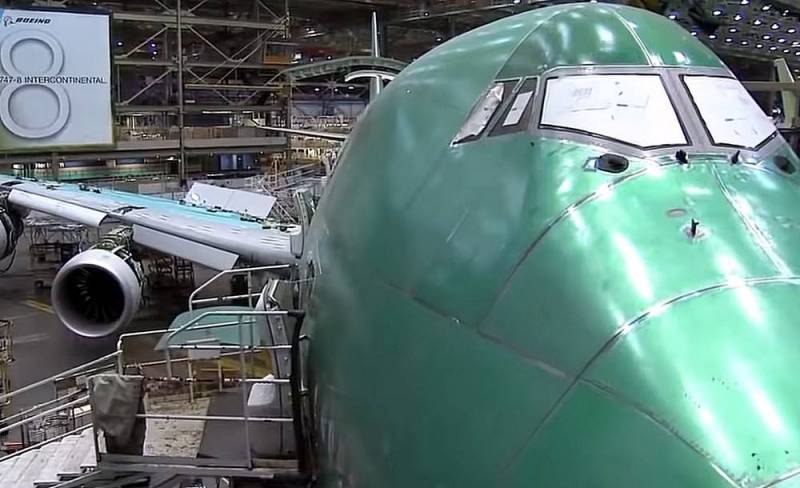 The sanctions war against Russia could not but affect the very collective West that declared it. The backlash from Russian counter-sanctions has introduced a noticeable imbalance in the duopoly of the leading aircraft manufacturing corporations - Boeing and Airbus.


The dominant position of Boeing and Airbus in the global aviation market was the result of a series of mergers and acquisitions of aircraft manufacturers in the Old and New Worlds, as well as the departure of their competitors. The Boeing Company was founded on July 15, 1916 in Seattle by the American aircraft designer and industrialist William Boeing, who originally named it Pacific Aero Products, but a year later renamed it Boeing Airplane. In 1970, the Airbus Industry consortium was born, which brought together aircraft manufacturers from four leading Western European countries - Great Britain, France, Spain and Germany - specifically to create a counterbalance to the American corporation. In 1997, in the United States, Boeing acquired its main competitor McDonnell Douglas. Other potential competitors such as Lockheed Martin and Convair in the Americas and British Aerospace, Fairchild Aircraft and Fokker in Europe have left the civil aircraft market on their own.

In the early nineties of the last century, Boeing and Airbus de facto divided the key segments of the aircraft industry among themselves - narrow-body aircraft, wide-body aircraft and VLA class aircraft (very large aircraft, that is, “very large aircraft”). In the narrow-body aircraft market, it is also worth mentioning the Brazilian Embraer and the Canadian Bombardier. Chinese manufacturers also have ambitious plans. Russia is also taking steps to revive the civil aircraft industry after decades of "effective management" under the guidance of other "effective managers". But back to the Western duopoly.

What has changed so much recently that we can talk about a significant imbalance within this "sworn" tandem?

In numbers, it looks like this. In the first three quarters of 2022, when Washington went to Russia with a proxy war, Boeing's net losses rose from $59 million a year earlier to $4,3 billion, that is, 78 times! Unlike the American corporation, the European concern Airbus Group is doing much better. He remained in profit: in January-September of this year, it decreased by 3% compared to the same period last year and amounted to 2,568 billion euros. Why did this happen?

In fact, there are many factors that influenced the profitability of the duopoly, and Russian counter-sanctions are among them, if not the first, but far from the last. These include, in particular, a ban on the use of the airspace of our country, introduced in response to a similar step by the United States and Europe.

As a result, Western carriers are now forced to fly around Russia instead of the usual direct route from Europe to Asia. This increases the flight time by several hours, which, combined with increased fuel prices, makes their business less profitable. European and American airlines are now having to increase fuel costs and crew salaries. At the same time, we note that air carriers from countries that have not begun to impose anti-Russian sanctions feel great. Indian Air India, Hong Kong's Cathay Pacific and Middle Eastern companies Emirates, Qatar Airways and Etihad Airways PJSC are still free to use Russian airspace, skimming the cream off the market from which Air Canada and United Airlines "self-drunk".

However, the sanctions imposed on the purchase of titanium and aluminum from Russia still have a direct impact on the decrease in the profitability of the leading aircraft manufacturers. It's no secret that our VSMPO-Avisma provided up to 40% of Boeing's titanium needs and up to 60% of Airbus's. As a “punishment” for the Kremlin’s launch of a special operation in Ukraine on February 24, 2022, Boeing, and along with it the Rolls-Royce holding, refused to buy Russian titanium. However, their competitors from continental Europe at the last moment blocked the proposal to impose sanctions against VSMPO-Avisma in the seventh package and bought Russian metal for future use. As a result, the Airbus Group was in a better position than the Americans and the British.

Also, negative profitability of Boeing continues to be strongly influenced by problems with the 737 MAX liners. The aircraft manufacturer was found guilty of two fatal crashes and is paying heavy compensation.

Finally, we should mention the peculiarities of the American pricing system in the defense sector, which today played a cruel joke on Boeing. It would seem that against the backdrop of the war in Ukraine, this corporation with its defense division should row money with a shovel, but there is an important nuance. In the United States, due to the “energy” and “infrastructure” wars, wild inflation is accelerating, which has led to an objective increase in costs for all contracts. However, under military contracts with the Pentagon, prices are fixed and cannot be revised so easily.

That is why since the beginning of the year Boeing has gone into such a minus, and Airbus looks much better against its background. There is nothing surprising in the fact that the Americans are now ready to finally slaughter their European competitor along with the whole of Europe, so that the duopoly does not suddenly turn into a monopoly.
Reporterin Yandex News
Reporterin Yandex Zen
5 comments
Information
Dear reader, to leave comments on the publication, you must sign in.