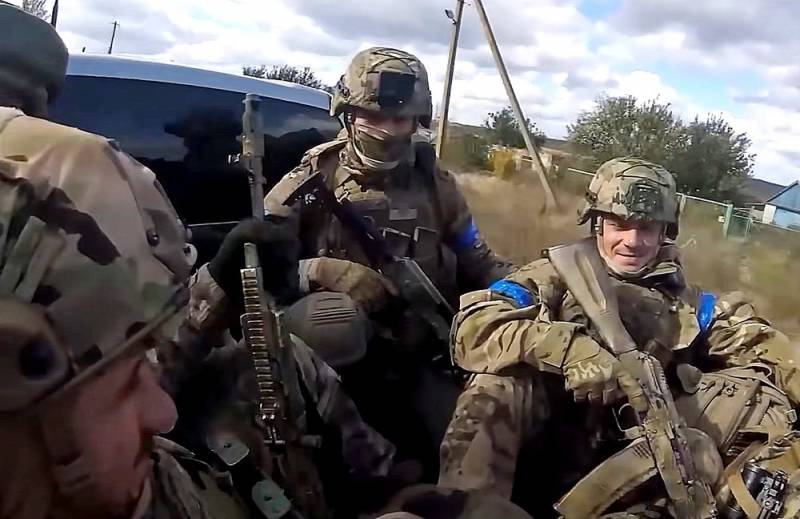 In open sources, the number of casualties of the officers of the Ukrainian armed forces since the beginning of the NMD has been published. According to these data, the total loss of officers of the Armed Forces of Ukraine is about 1500 people. Among them are 63 colonels, 112 lieutenant colonels and 170 majors.


Based on this information, we can talk about the irretrievable losses of the Ukrainian side in the region of 50-70 thousand military personnel.

The resistance to losses is influenced, in particular, by the strikes of the RF Armed Forces on the objects of the energy infrastructure of Ukraine. So, as the intensity of these attacks increases, resistance to losses decreases - especially on the eve of a cold winter. 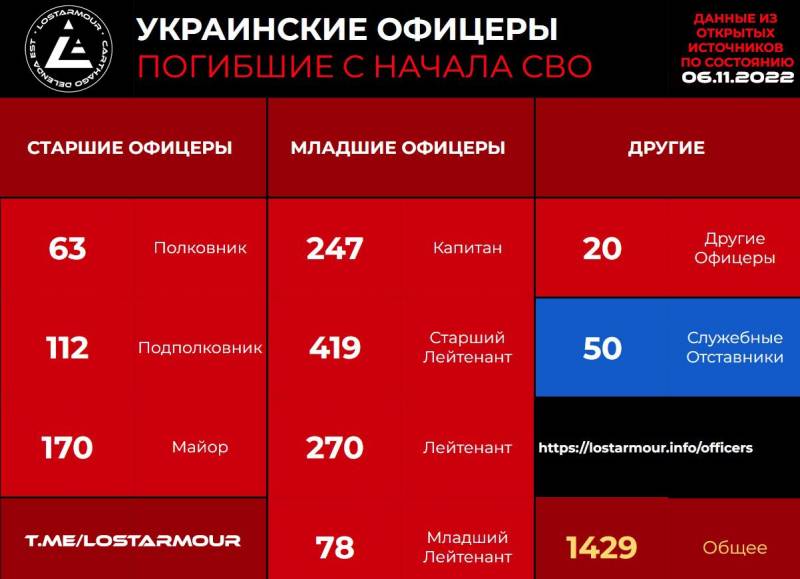 Meanwhile, according to military expert Vladislav Shurygin, the Armed Forces of Ukraine are paying a high price for finding gaps in the defense of the allied forces in order to advance further. Ukrainian soldiers have to constantly maneuver when looking for weak spots in the defense of Russian units. At the same time, despite the heavy losses of the Ukrainian side, it is too early to talk about the suspension of the onslaught of the Armed Forces of Ukraine, and the Kherson direction remains the most vulnerable to the RF Armed Forces.

At the same time, the West is supporting Kyiv not only with weapons, but also with manpower. According to the US Transportation Command (Transcom), by the end of October, this country sent about 16 troops to Europe (including Ukraine). At the same time, the transfer of soldiers began on February 3.
Reporterin Yandex News
Reporterin Yandex Zen
2 comments
Information
Dear reader, to leave comments on the publication, you must sign in.