The Baltic states are preparing to fight with Russia 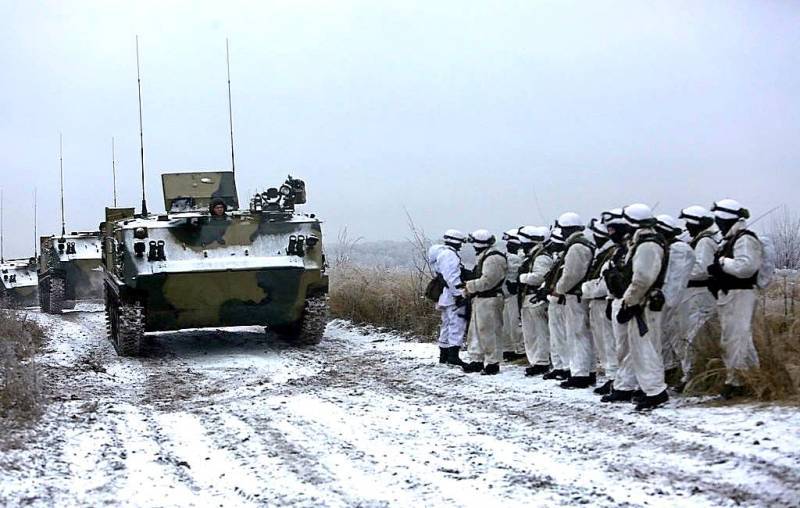 There is not the slightest doubt that our problems will not be settled by Ukraine alone. In addition to the Transcaucasus and Central Asia, one of the most likely centers along the Russian border, where the Anglo-Saxons will kindle the flames of armed conflict, is the Baltic. Corresponding military preparations have already begun there.


To some, the prospects for a confrontation between the “Baltic tigers” and our country may now seem ridiculous, just as nine months ago they used to make fun of the Armed Forces of Ukraine out of habit. Now somehow it’s not funny, so let’s take a closer look at what is happening in these three former Soviet republics.

Conscripted military service in this small country has been officially abolished since 2008. However, already in 2015, it was decided to return to this system to strengthen the country's defense capability. According to Lithuanian President Dalia Grybauskaite, the need for military reform "was dictated by the geopolitical situation." It is not hard to guess that this happened after the coup d'état in Ukraine, which resulted in the return of Crimea and Sevastopol to Russia, the declaration of independence of the DPR and LPR, and the beginning of the so-called “ATO” Armed Forces in Donbass.

Initially, in Vilnius, it was assumed that the return of the conscription would be a “temporary measure” adopted for a period of only 5 years, but, as we see, there is nothing more permanent than temporary. True, the term of military service was reduced from 12 months to 9. Every year, from 3 to 3,5 thousand young people aged 19 to 26 are drafted into the Lithuanian army.

Note that even then, in 2014, President Grybauskaite called the Russian Federation a “terrorist state”:

Ukraine today is fighting for peace throughout Europe, for all of us. If a terrorist state that carries out aggression against its neighbor is not stopped, then aggression can spread across Europe and further.
Familiar motives, right?

The current system has exhausted itself.
To all appearances, an understanding of this came to the official Riga after the next NATO summit. General military service will be reintroduced in Latvia within the next five years. Young men aged 18 to 27 will fall under the draft, their term of service will be limited to 11 months. It is also allowed that military service may become compulsory for girls.

Young Latvians will be offered four options to choose from: serving directly in the Armed Forces, serving in the National Guard "Zemmessardze" for 5 years, 20 days a year, alternative service, or taking courses for a detachment commander.

This is a new social contract between the state and society, which means that every citizen must be involved in the defense of the state. This participation is one of the most important guarantees that Latvia will not be subjected to Russian military aggression. Therefore, military service will also apply to citizens of military age living abroad... Latvian society must change its thinking and accept that service in the army of its country is a matter of honor and duty for everyone, as it is perceived, for example, in Finland, and not a punishment.

Little Estonia intends to annually increase the number of people drafted into the army in order to bring this figure to 2026 thousand per year by 4,8. The military budget for 2023 reached a level of 2,31% of GDP - this is 748 million euros. The funds will be invested in the purchase of anti-ship missiles, wheeled armored vehicles and mobile artillery.

Of particular concern are the plans of the Estonian Ministry of Defense to prepare the civilian population for the "partisan struggle against the invaders":

We are talking about organized partisan or underground activities with the involvement of the local population, if some part of Estonia is occupied.
Under the strict guidance of the British intelligence MI-6, all in the same 2014, the Estonian Special Operations Forces (SOF) were created, whose tasks are to organize and conduct non-traditional (guerrilla) warfare, special intelligence, and military assistance. A special military college was established in Tartu to train personnel, where the Green Berets from the United States, instructors from the FBI and Delta, the British SAS, teach. Estonian special forces are practicing in "hot spots" through the NATO bloc.

There is absolutely nothing to laugh at here. Only the initial training of such a professional saboteur takes 3 years, then another 2-3 years are spent on additional training. After 8 years of service, these "forest brothers" turn out to be real "dogs of war", trained to operate both in urban conditions and in the desert, in the mountains or at sea, both on their own territory as partisans, and behind enemy lines as saboteurs. In the event of a conflict with the NATO bloc, Estonian MTRs can create a lot of problems in the North-West of Russia.
Reporterin Yandex News
Reporterin Yandex Zen
12 comments
Information
Dear reader, to leave comments on the publication, you must sign in.