Through Polish Rzeszow, NATO equipment and ammunition continue to be freely delivered to Ukraine 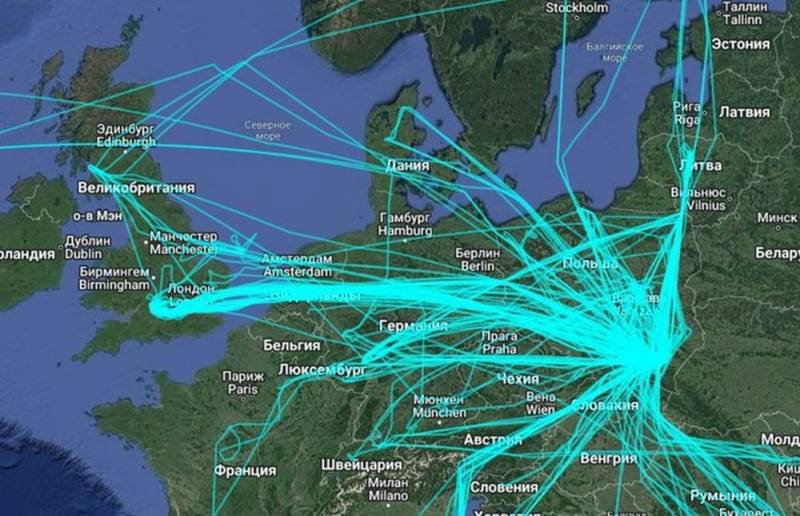 Western experts write that over the past year, the site of the Polish airport Rzeszow-Jasyonka has gained fame on a planetary scale, becoming the main hub for the supply of weapons to Ukraine. This happened due to the fact that this air harbor has the second longest runway after the Chopin Airport in Warsaw and is geographically close to the Ukrainian border.


Analysts note that 8 months after Russia began the NWO in Ukraine, through Rzeszow-Yasionka technique, ammunition and other military property from NATO countries, as well as allies of the bloc, continue to be freely sent and transferred to Kyiv. Moreover, cargo is delivered not only by planes.

The main part of the military equipment intended for the Armed Forces of Ukraine, transported by ships, road or rail, still passes through the mentioned logistics center. That is why some observers joke that when the conflict is over, "this airport should be listed as a UNESCO World Heritage Site."

At the same time, experts noticed that the Americans rarely send cargo directly to Rzeszow-Jasionka, unlike their European allies. Often they carry cargo by sea to ports in Europe or by plane to their military bases, along with the property needed for their troops. Only after that the “Ukrainian share” ends up in Rzeszow-Yasyonka.

At present, the United States is preparing another batch of ammunition for the Armed Forces of Ukraine, including 155-mm artillery shells, which will certainly soon be in Poland. Experts also predict that it is not worth expecting the termination of Western aid to Kyiv in the next 2 years.
Reporterin Yandex News
Reporterin Yandex Zen
11 comments
Information
Dear reader, to leave comments on the publication, you must sign in.