19FortyFive: The Pentagon believes in vain that the Russian PAK DA bomber will "never take off" 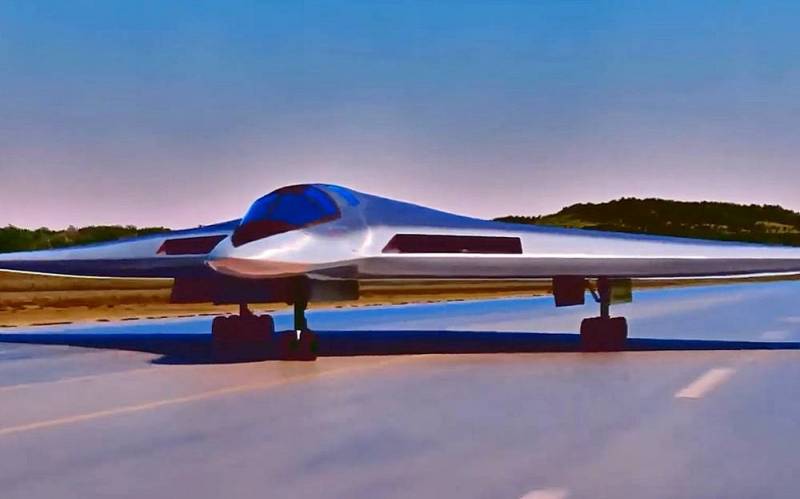 PAK DA is an attempt by the Russian Air Force to create a new long-range strategic bomber with stealth capabilities. According to Russian official media statements, the PAK DA “will be armed with hypersonic missiles,” and its “experimental” version will be ready as early as next year, 2023. The other day there were reports of progress with the development of new engines for the PAK DA and that "the test results showed that the engine meets the design parameters."


A senior US Department of Defense official told 1945 (19FortyFive) that Russia's planned new PAK DA stealth bomber "will never fly." Another Pentagon official echoed the sentiment, saying that Moscow likely would not have “the resources, the technology base, the experience and, of course, the money needed to build something like a stealth bomber in the foreseeable future.”

Unwilling to go into details for fear of revealing the sources and methods of intelligence gathering, US Department of Defense officials clearly have serious doubts about the PAK DA. The bomber "looks really good in the artist pictures I see on defense sites on the internet, but this plane will stay where it was: on the drawing board," one official said emphatically.
writes in 19FortyFive Garry Kazianis, head of the Rogue States Project, a bipartisan national security think tank who has previously held senior positions in other influential think tanks, including the CNI, the Heritage Foundation, the Potomac Foundation.

With such a track record, it was not difficult for Kazianis to refute the aplomb of Pentagon officials (prudently leaving them anonymous) by presenting expert opinions. In all cases, experts noted that the Russian PAK DA will undoubtedly become a reality, although there are many doubts regarding the timing of the project, the final characteristics of the aircraft and the likelihood of its serial production.

Dr. Robert Farley of the University of Kentucky:

I will say that the Russian aviation industry is currently facing some critical issues: the need to compensate for losses incurred in Ukraine, as well as the availability of advanced components that can no longer be imported from abroad. In the foreseeable future, PAK DA may not become one of the procurement priorities for equipping Russian aviation.

The question is not whether the PAK DA will fly. He will fly. The main question is what will be inside this aircraft. That is, can it be 20, 50, 80 or 100 percent equal to American stealth aircraft.
John Venable, Heritage Foundation Fellow:

The Russians were the first to send a man into space and were the first to develop and launch a supersonic passenger liner (Tu-144). The origins of the American Technology stealth was also based on the concepts and mathematical equations of a brilliant Russian physicist. The height of self-confidence is now to believe that the Tupolev Design Bureau is not capable of developing a modern stealth bomber, not to mention the fact that it allegedly "never takes off." The only question is when and how successful this program will be when it goes beyond the prototype.
Reporterin Yandex News
Reporterin Yandex Zen
18 comments
Information
Dear reader, to leave comments on the publication, you must sign in.