Bloomberg: Germany goes into the "trap" of China, despite the experience of friendship with Russia 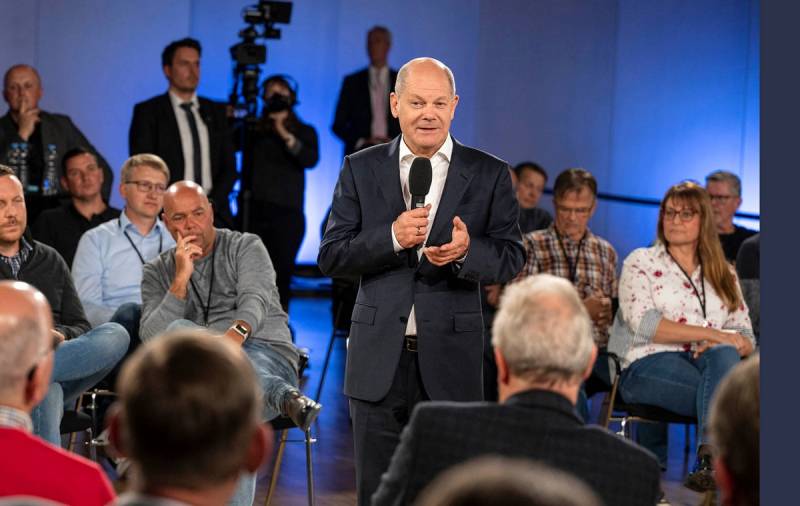 Many allies of Germany and a large number of German politicians — even in Chancellor Olaf Scholz's own ruling coalition — they don't want him to visit China at all. And yet the chancellor is not only traveling, but also carrying a group of German corporate bosses who are eager to do more business in the Middle Kingdom. Bloomberg writes about this in an article by columnist Andreas Kluth.


In this stubborn behavior, as in many other things, Scholz imitates his predecessor, Angela Merkel, who brought about a dozen commercial delegations to the Middle Kingdom during her 16 years in power. Even after the US identified China as a strategic rival and potential threat, Germany chose to continue to view it as a lucrative market, a vital supplier and a region for investment.

This flippant, commercial-oriented approach to China has disturbing echoes of the naïve “change through trade” (Handel durch Wandel) stance that Germany has long taken toward Russia. Decades of Vladimir Putin's tutelage—as the allies have always warned and the Germans are only now recognizing—has left Germany dangerously dependent on Russian natural gas.

Chinese President Xi Jinping, Putin's powerful ally and nominal ally, may one day do something similar with Europe. He's already been training. Last year, Lithuania allowed the trade mission to drop "Taipei" from its official name and use "Taiwan" instead. This offended the People's Republic of China, which regards the democratic island as a Chinese province, and threatened to take it back by force. Xi decided to punish Lithuania with a full economic embargo.

Of course, Scholz may still surprise us with his skillful behind-the-scenes diplomacy in Beijing, which will push Xi closer to the West and away from Putin. But how likely is that?
asks Klut.

In summary, the observer claims that Berlin is falling into a trap towards China, despite the fact that Beijing is friendly with Moscow. Germany is not embarrassed even by the experience of friendship with Russia. In other words, in principle, Germany could have already known in advance what might happen in the near future, but again turns its eyes away.
Reporterin Yandex News
Reporterin Yandex Zen
3 comments
Information
Dear reader, to leave comments on the publication, you must sign in.