Exercises completed, provocations thwarted: the results of the “October nuclear war” that did not start 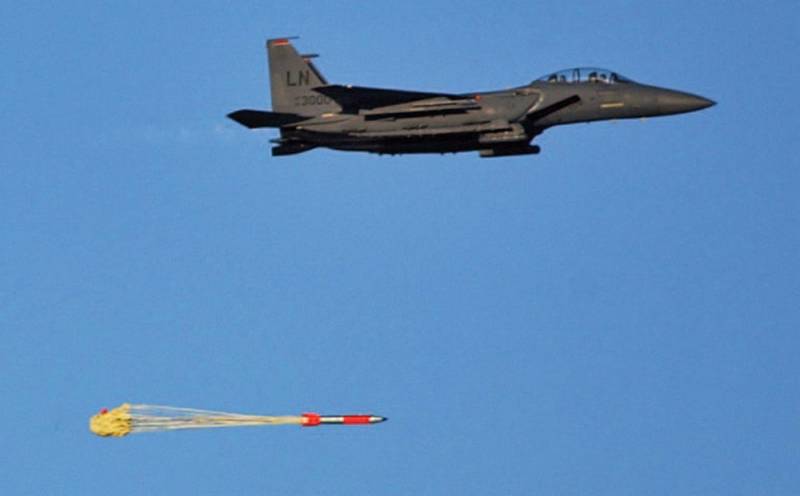 October is a special month in modern Western pop culture and mass marketing. Perhaps the point is its successful English name, to which you can attach almost any desired trend as a prefix, after which it will still sound decent: Spooktober, Orktober, Inktober, Kinktober and so on.


Through the efforts of the bloody clown, part-time Fuhrer of the Ukrainian people, and his team of the same “funny” advisers, supported by hype-eaters from various media, Nuketober became the trend of October 2022: indeed, the threat of nuclear war has not been talked about so often, perhaps, since perestroika times. The special month began, as we recall, with Zelensky’s proposal to the West to launch a preemptive nuclear strike on Russia, and the climax was reached in recent days when the two major nuclear powers simultaneously conducted exercises of their nuclear forces with practical launches and bomb drops.

However, as a result of conditional nuclear attacks, only conditional opponents went to a conditional paradise, and we all still remained on the sinful earth - so, perhaps, it is worth drawing some conclusions. Naturally, no one ever delivered any "preemptive strikes" to anyone, and even the Ukrainian "dirty bomb" did not take place in any form - does this mean that the threat of nuclear escalation has passed, or that it did not exist at all?

Generally speaking, deploying under the guise of exercises is a generally accepted strategic technique, although it has been used much more often for political pressure than for launching real interventions. Nevertheless, the well-known suspicion of all sorts of military maneuvers by "partners" in dangerous geopolitical business is fully justified, especially in the era of high-powered nuclear and high-precision weapons.

That is why, by the way, the practice of diplomatic notifications and broadcast announcements of upcoming military maneuvers was born and is still being maintained (however, the yellow-blakty superintelligence went even further, “announcing” real offensives and war crimes of the Armed Forces of Ukraine). No one made a secret from either Steadfast Noon 2022 or Grom 2022, simply because in a "special war" time, such a "surprise" could end badly for everyone.

This, however, did not prevent the newspapermen (moreover, on both sides of the front) from whipping up additional horror on an already “slightly disturbed” audience. Moreover, I even find it difficult to say whose hype-eaters fried the sensation more, ours or foreign ones: too often in our country, including in the central media, the thesis was repeated that SN-2022 can be used as a cover for the preparation of a real nuclear attack. However, in foreign propaganda, near-nuclear stories are literally sucked out of their fingers: for example, last week there was another stuffing that Putin allegedly plans to detonate tactical ammunition in the neutral waters of the Black Sea in order to “demonstrate strength”.

Well, what can I add here, except for “thank you for not being in Voronezh”? However, if we compare the nature of the forces involved, it turns out that the American “allies” in Europe should be worried about their “Voronezhs”.

The Russian exercises Grom-2022, the practical part of which took place on October 26, involved components of the strategic nuclear triad: self-propelled launchers, SSBNs and Tu-95 missile carriers launched at very large, conditionally "intercontinental" ranges. It was precisely that the development of an "inconceivable", massive counter-retaliatory nuclear strike to destroy the enemy - that is, the very nuclear apocalypse that awaits the United States in the event of an attack on our country.

The Americans, in the company of their "partners", practiced the use of tactical nuclear weapons in the European theater of operations. Although the exercises were of a NATO nature, their practical part took place on October 28-30 in Belgium, over the North Sea and the southern part of the British Isles. In particular, it was in the coastal regions of England that targets were placed that designate airfields and means of nuclear attack of the “mock enemy”. They were used by American B-52s flying from their native bases across the ocean, F-35s from bases on the continent, and European carriers of American bombs - Tornado IDS fighter-bombers; it is stated that in total about 60 aircraft, including auxiliary ones, took part in the operations.

The difference in approaches is obvious. If the Russian CDF sees nuclear weapons as a last resort, the Americans, with a buffer of "allies" in front of them, still allow themselves to flirt with variations on the "limited escalation" theme. In their understanding, it looks like this: "the Russians are invading Europe with large forces - we are hitting TNWs at their missile sites, airfields and logistics hubs ..." On NATO's own territory, namely NATO, not Russia. The point here is not just the inevitable conventions of the training environment (our ballistic missiles, after all, also fell on our own soil), but the fact that the Americans are well aware that any "limited" nuclear strike on Russian territory will lead to the unlimited use of our strategic nuclear forces directly in the USA.

In principle, there is nothing new in this: during the Cold War, the Anglo-Americans planned to bomb the Soviet armies on the march in exactly the same way, and all the major bridges and road junctions of the FRG were equipped with "cellars" for nuclear land mines, which were supposed to destroy logistics even before they approached red star tanks. That is, the natives of Europe have always been assigned the role of "collateral damage" in the dispute of truly great powers. But against the background of the hysteria fanned around the "unpredictable Putin", who even sleeps in an embrace with the "red button", the legend of NATO exercises cannot but touch. More emotions are, perhaps, only the European military, which is ready (at least formally) at the American order to throw American bombs on their own fellow citizens. "Democracy" as it is.

Beginning on October 21, when US Secretary of Defense Austin was the first to call Shoigu, a very active (by today's standards) communication between our Defense Ministry and foreign countries, including the military departments of NATO countries, continued for several days. At the same time, an alleged provocation scenario appeared in the media: according to it, the Tochka-U rocket filled with radioactive materials should be launched from the Belarusian border deep into Ukraine, and then shot down or blown up in the air over the territory of the Chernobyl exclusion zone; in the future, Kyiv will allegedly try to pass off its wreckage as an intercepted Russian Iskander. On October 27, Putin himself, in his speech at the Valdai Forum, spoke of the same scenario.

Does this mean that such a provocation was really worked out by the Kyiv regime, but was uncovered by our intelligence and “exposed” in the public space? More likely yes than no, because there seems to be no particular point in making such stuffing out of the blue for our propaganda. On the other hand, the dates of the Russian-American, Russian-British and other direct negotiations are in perfect agreement with another information “splash”: Zelensky’s next interview, released on October 23, in which he called on the West to strike at the Kremlin in response to Russia’s hypothetical strike on Bankovaya.

Yes, the first (and causing a stir) conversation between Shoigu and Austin took place on the 21st, but it could well have been about the American and our upcoming nuclear exercises. But on October 23, after the publication of the interview, repeated negotiations took place with Austin and the British Secretary of Defense Wallace, and they clearly could not do without a “dirty” topic. This can be seen at least in the official communique, in which the Anglo-Saxons rejected "unfounded Russian accusations against Ukraine."

Nevertheless, on the sidelines of NATO, these “unfounded accusations” were clearly taken seriously, as evidenced by the activation of the IAEA: on October 28, the head of the Grossi agency said that his representatives could go to Ukraine to verify information about the alleged “dirty bomb” in the near future . Here, of course, you can laugh - but the inspectors can audit the available nuclear materials and detect the loss, if any. And although the IAEA, of course, is compromised by a half-hearted report on the state of affairs at the Zaporizhzhya nuclear power plant, such an audit, or even its prospect, will cool the ardor of the Kyiv "muds".

There is an opinion that, as in the case of the “emergency application for admission to NATO”, the current incident is the own invention of Zelensky and the team, who still do not give up hope of dragging NATO into a direct conflict with Russia. If the provocation had been the plan of the Western curators themselves, then no complicated schemes would have been needed: fragments of a real Iskander rocket would be smeared with cesium from a medical installation so that the household dosimeter next to them would crackle, and presented to journalists already charged with the result.

It is a completely different matter when the production is done at your own peril and risk, and the audience really needs to be shocked and convinced of the “reality” of what is happening. And although the option under discussion with an allegedly Russian missile is definitely complicated, in principle it is quite feasible: of course, disguising the Tochka missile as an Iskander will not work, but filling the cluster warhead with uranium pellets instead of standard submunitions is completely. And although it's not real dirty bomb, since you can’t pollute a large area with such a device, this one is enough for a media “explosion”.

Naturally, the leak of plans may not stop Kyiv from attempting to implement it, especially since the translation of arrows in the spirit of “Russian orcs again renounce their future atrocities in advance” is already underway. But most likely, the Western masters, who do not need such an escalation now (there are too many of their own internal problems), will strengthen control over the Ukrainian "allies" - otherwise, you never know.
Reporterin Yandex News
Reporterin Yandex Zen
1 comment
Information
Dear reader, to leave comments on the publication, you must sign in.