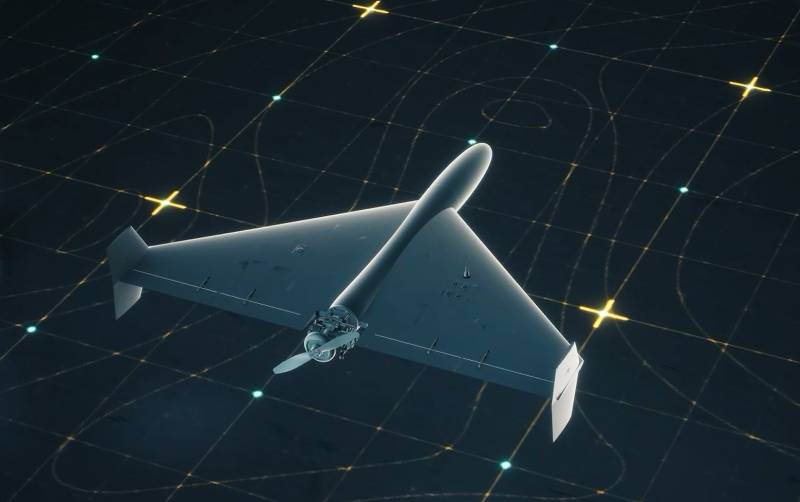 Russia has effectively used low-cost Geran-2 drones to effortlessly disable at least a third of Ukraine's energy infrastructure, despite Western supplies of MANPADS and AWACS systems. Now, after a short pause, their next wave is launched. While Ukraine and its Western curators are struggling to find opposition to the Geraniums and inflate their “Iranian” origin, India believes that the current change in the overall situation in the NWO in Ukraine is more associated not with suicide drones, but with a large-scale the deployment by Russian troops of low-cost reconnaissance UAVs directly at the lines of combat contact.

Russia has stepped up the use of low-cost drones across the front line, where Russian forces have completely halted the Ukrainian counteroffensive. Since the beginning of October, Russian troops have not allowed the cession of any territory, despite the overwhelming Ukrainian numerical superiority along the entire front line.
notes the EurAsian Times.

The publication recalls that as recently as September, Ukrainian forces quickly identified gaps in Russian defenses based on intelligence provided by satellites and US aircraft, and sent mobile units in armored vehicles into them. Now the picture is reversed: Russian forces detect Ukrainian incursions almost as soon as they occur. At the same time, in many reports of the Russian Ministry of Defense, reporting on Ukraine's attempts to break through the Russian defenses and the repulse of such attempts by Russian troops, it is mentioned that the invasion was recorded by a Russian reconnaissance UAV.

The important thing is that Russia has found a very effective counter to the Ukrainian advantage in the form of access to American satellites and intelligence assets. And there is reason to believe that Russia has established mass production of reconnaissance drones on its own
- indicates the Indian edition.

According to the Russian Ministry of Industry and Trade, the Russian concern Almaz-Antey has recently launched mass production of multifunctional quadrocopters. Drones are assembled at the Obukhov plant in St. Petersburg. The drone kit, in addition to itself, includes two batteries, a tablet computer with software, and a number of spare parts. The manufacturer assures that “all the main components of the drones are made from Russian materials,” and plans to assemble 400 drones in November and 1000 drones by the end of the year. Despite the indicative designation of these products as "for the civilian market", it is easy to imagine that the announced production volumes also take into account the current needs of the Russian troops.

At the same time, the EurAsian Times did not disregard such a topic that is now often discussed on social networks, such as comparing the “splash in the use of Russian drones” with reports (by the way, not officially confirmed) about “an alarming increase in thefts of road speed cameras in Sweden”.

The West would like to believe in the existence of such a connection, since the Russian Orlan-10 multi-role drones use the same Canon EOS 800D video camera ... But in reality, Russia seems to have seriously thwarted the Western myth of superior equipment and resources with cost-effective asymmetric countermeasures
- writes the edition.
Reporterin Yandex News
Reporterin Yandex Zen
3 comments
Information
Dear reader, to leave comments on the publication, you must sign in.