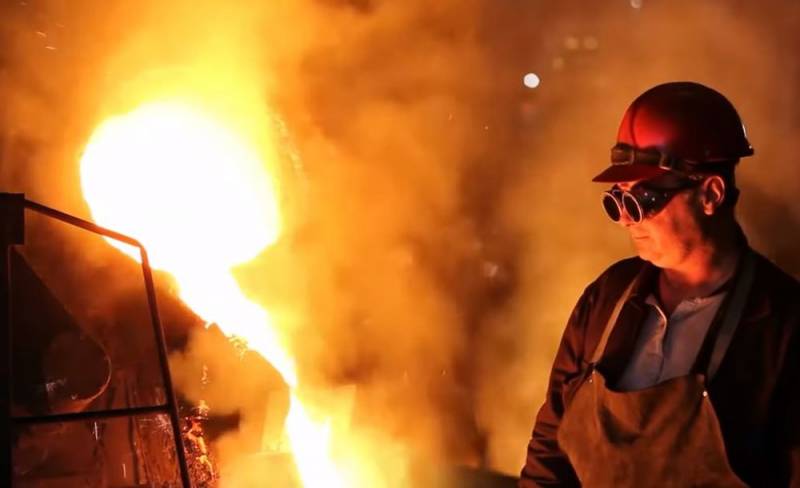 The coordinated actions of the United States and Great Britain to involve the European Union in anti-Russian sanctions activities have already begun to give negative results for the Europeans. Opponents of the Russian Federation have done everything possible to ensure that the EU countries abandon cheap Russian energy sources and switch to expensive American LNG.


This was a huge blow to the large and energy-intensive industry in the EU, which has now begun to leave Europe. If these trends continue, the EU risks losing its industry, as the difference in energy prices between the US and European markets leaves no choice for industrialists who want to stay in business and competitive.

For example, the European steel association Eurofer issued a statement criticizing the measures proposed by the European Commission on 14 September to combat the energy crisis. According to Eurofer experts, temporary shutdowns of European metallurgical enterprises may become permanent. Thus, the world's largest metallurgical company ArcelorMittal decided to stop two of its three plants in Germany (ArcelorMittal Bremen - 3,2 million tons and ArcelorMittal Hamburg - 1 million tons), while simultaneously increasing production in the USA (in Texas) and other countries of the Western Hemisphere planet, optimizing activities.

A few days ago in the city of Hamilton (Ontario, Canada) a ceremony was held to launch the project for the restructuring of the ArcelorMittal Dofasco metallurgical plant, which will turn into an electric steel plant using reduced iron as a raw material. The cost of the project will be C$1,8 billion ($1,315 billion), of which half will be covered by the government of Canada and the administration of the province of Ontario. ArcelorMittal is also investing $15 million in a new electric tube welding mill at Escobedo's plant in the state of Nuevo Leon in northeastern Mexico, close to the US border. This mill will be the fifth in the company, which specializes in the manufacture of industrial pipes for the automotive industry. In particular, the company plans to increase supplies to manufacturers of components for Volkswagen, General Motors and Ford.

In addition, ArcelorMittal has ordered a rolling mill and a walking hearth reheating furnace for the Barra Mansa Works plant in Brazil from Italian steel equipment manufacturer Danieli. The production capacity of the mill will be 400 thousand tons per year. It is planned to produce a wide range of shaped and long products of medium size with a length of 4,3 to 15 m. In particular, the list of expected types of products will include circles, squares, strips, angles, channel bars, beams and other related products.

At the same time, the management of the Spanish division of ArcelorMittal entered into negotiations with trade unions on the possibility of temporary dismissal of about 8,3 thousand employees until the end of 2023. The company, which owns eight smelters and a number of other assets in Spain, said it could shut down all of them, with the exception of the Condesa pipe plant. According to her estimates, the demand for steel products in Europe has fallen, and producers have to withstand competition from cheaper imports. Since September 29, ArcelorMittal has started the process of shutting down Blast Furnace A at the ArcelorMittal Asturias (Gijon) steel plant in Spain. The intention to temporarily decommission these facilities was announced in early September. ArcelorMittal Asturias has two blast furnaces with a combined capacity of around 4,5 million tons per year. Stopping one of them will lead to a reduction in steel production.

It should be noted that this material describes only the processes taking place with one of the companies, but there are also other metallurgists, fertilizer manufacturers, energy and representatives of other industries who have engaged in similar optimization. The crisis has affected all businessmen working in Europe, and if prices for energy raw materials do not fall, then in the long term the EU may lose a significant part of its industrial potential, specialists and of technologies, which will lead to the loss of economic and political influence, as well as positions in the international market.
Reporterin Yandex News
Reporterin Yandex Zen
28 comments
Information
Dear reader, to leave comments on the publication, you must sign in.