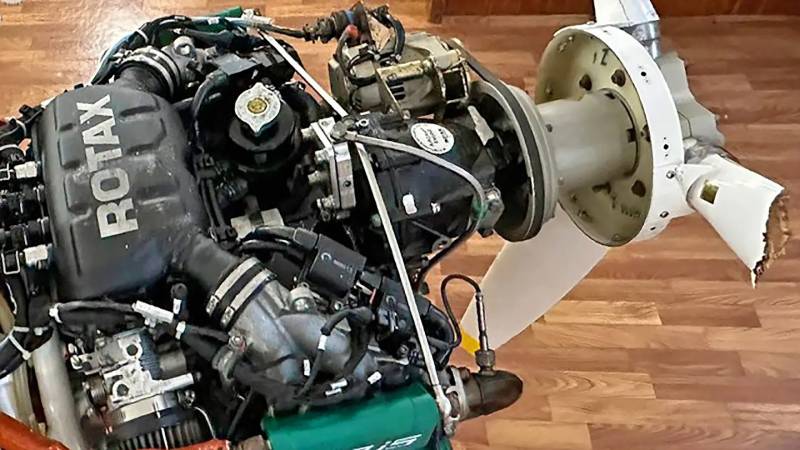 The engine, developed by the Austrian company Rotax, was discovered by Ukrainians in one of the Iranian-made Mohajer-6 drones, which was used by the Russians and was shot down over the Black Sea, and then caught in its waters in early October. Rotax said it had opened an investigation, because the supply of such equipment to Iran violates EU sanctions, writes the American edition of The Drive.


The article notes that Rotax is a subsidiary of the Canadian company Bombardier Recreational Products (BRP), known for its engines for snowmobiles, jet skis, motorcycles, aircraft and a significant number of UAVs. Rotax products are widely used by developers and manufacturers of drones in the US, Israel, Turkey and other countries.

The Mohajer-6 is just one of the types included in a large order of Iranian drones that Russia began using against Ukraine in September. The Iranian government categorically denies having anything to do with the delivery, which is a farce
- the article says.

The Austrian Rotax communiqué says that the company took this information very seriously and is studying the issue. In turn, the Canadian BRP said that it did not allow its distributors to supply products to manufacturers of military UAVs in Iran or Russia.

A partially disassembled drone was shown during the broadcast of the American television company CNN, the report of which appeared on the air on October 18. Chief International Correspondent Clarissa Ward was given exclusive access to inspect this Mohajer-6, believed to be designed and manufactured by the Iranian Qods Aviation Industry Company.

The Ukrainians found out that the specified drone was manufactured in February of this year. In doing so, it is equipped not only with a Rotax engine, but also with unspecified Japanese, Chinese and American cameras, as well as a foreign laser rangefinder. These are mostly civilian components that are not considered military goods, but Ukrainians want to get information about their origin and make it difficult for them to get to Iran.

It is also well known that Iran has entire networks designed to circumvent sanctions and acquire various of technologies military and dual-use from Russia and especially from the DPRK. Everything from fake companies to simple theft, and this is in addition to the secondary market. In other words, there are probably many ways for Iran to get Rotax engines.
- emphasized in the material.

The publication recalled that in early October, the Rotax engine was found in a similar Mohajer-6, which was shot down by the Kurds in Iraq. Experts do not know how Rotax can affect all this, but it should not close its business.

Of course, looking at the engine and its serial number can help establish the supply chain for this particular case. But as we have noted for years, the proliferation of potentially dangerous UAV technology will require significant regulatory and disruption efforts, and even so, the flow of such components will be difficult to stop.
- summed up the media.
Reporterin Yandex News
Reporterin Yandex Zen
13 comments
Information
Dear reader, to leave comments on the publication, you must sign in.