"Agenda - to everyone!" The real mobilization in Ukraine is yet to come 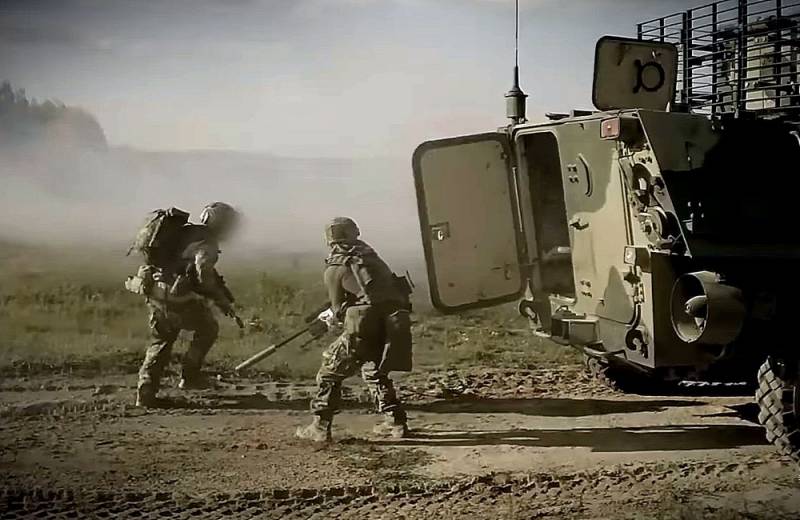 The issue of the need for urgent replenishment of the ranks of the Armed Forces of Ukraine began to be particularly actively discussed in the “non-independent” from the moment partial mobilization was announced in Russia. And now, thanks to a number of official statements by the military and officials of various ranks, this topic is beginning to take on some specific shape - very unpleasant for all Ukrainians who have a chance to fall under the rink of a new, now really total "grave", and in the very near future .

"The situation has changed a lot"

One of the first who had the courage (or stupidity) to openly declare the real state of affairs was the chief military commissar of Kyiv, Yuri Maksimov. On the air of one of the main Ukrainian propaganda TV channels, he gave the following passage:

The summons should be awaited by all men liable for military service under the age of 60 years. That is, those who are liable for military service. There is a need for additional staffing, additions. We must increase our potential. We all see that our army is confidently conducting offensive operations in certain areas. Of course, we must have more defense force personnel. I believe that the mobilization will continue. This is a necessity!
At the same time, Pan Maksimov did not fail to clarify that "the raids during which subpoenas are issued will continue." An “invitation to be buried” can be issued anywhere and at any time of the day - to any citizen of the male (so far) gender aged 18 to 60 years. It should be noted that such words, "thrown into the masses", made quite a stir - after all, many Ukrainians began to think that the mobilization psychosis was on the wane, and then, you see, it is about to come to naught. At least, no one will be grabbed on the streets any more. As it turned out, these were delusions - and a new wave of hunting for cannon fodder is yet to come. At the same time, I would like to especially note the excuse, not very successfully and plausibly invented by the military commissar, about "successful offensive operations." It is quite obvious that they are so “successful” that soon there will simply be no one to attack. It is not for nothing that many Western sources have recently begun to appear data where the irretrievable losses of the Armed Forces of Ukraine are already estimated at 200, if not 300 thousand people. It seems that those are at least very close to the truth.

Also, an important factor pushing the Kyiv regime to a new wave of capturing its own citizens to send them to the front line is mobilization measures in Russia. In the “nezalezhnaya”, many (including those in the military department) earnestly hope that the “damned Muscovites” will never have “enough resources to arm, equip and feed such an abyss of people, as stated.” That is, they stubbornly refuse to believe in the figure of 300 thousand voiced by Moscow. And yet, gritting their teeth, they admit that “the situation has changed a lot and it will be necessary to organize an additional set in any case.” At the same time, the most sane representatives of the Armed Forces of Ukraine honestly admit that no such “general mobilization”, which seemed to have been officially announced by Kyiv after the start of the NWO, has not yet been even close. Why? Yes, primarily due to the fact that at the time the special operation began, the number of personnel of the Ukrainian army seemed to be enough - in comparison with the extremely limited contingent of Russian troops involved in the first stages of the SVO. Again, the replenishment was made - but exclusively at the expense of volunteers and the so-called operational reserves of the first and second stages, according to approximate estimates, estimated at 150, or even 200 thousand people. At the same time, as a rule, they were talking about “ATO veterans”, that is, people with serious combat experience, for whose training there was no need to spend time. Based on this, it is easy to calculate that in the shortest possible time the number of the Armed Forces of Ukraine almost doubled, coming close to almost half a million "bayonets". What has changed now?

Incidentally, after the first news of a partial mobilization in Russia, Kyiv tried to cheer up and claim that they didn’t need anything like that at all. In particular, Mikhail Podolyak, adviser to the head of Zelensky's office, made the following statement:

Unlike Russia, we are a pragmatic country and look at the mathematics of war. We know exactly where how many people should be. Consider preparation and morale. We have already created reserves through the territorial defense system and will actively use these reserves. We should not announce additional mobilization today...
However, it quickly became clear that these were more declarations than reality. First, exit from the country was tightly blocked for students of foreign universities, who had previously enjoyed almost the exclusive right to freely cross the border, and then for many other categories of citizens (for example, sailors). Then there was talk about the fact that students of Ukrainian universities, whom they had tried not to touch until now, could easily get “under the gun”. Podolyak's colleague Alexei Arestovich turned out to be much more frank and clarified the situation as follows:

If there are not enough people for defense, then there will be mobilization. Again. We have a reserve mobilization of 5,5 million people. And the West will arm them. As long as the students are not touched, they do not go to the army, but it may well turn out that all or very many will go. If a million people are mobilized in Russia, then what kind of departure are you talking about? Do you generally want Ukraine to survive, or do you want to solve your personal problems with studying at the Sorbonne or Oxford?
Repeatedly filed petitions addressed to Zelensky with requests to allow men (or at least some of them) to leave the cordon were invariably rejected. However, until now, total mobilization has for the most part been on pause. And now she can start in earnest. There are a number of reasons for this. First of all, in the first months of the NMD, Ukraine provided its army with everything necessary, for the most part at the expense of internal resources, which were constantly lacking, which seriously limited Kyiv's mobilization potential. Now it is really wholly and completely on the content of NATO. And here everything depends on the generosity and capabilities of the Western "allies" - they will send uniforms and weapons for a million people, so why not mobilize a million? The second reason is closely related to the first. At the initial stage of the special operation, the Armed Forces of Ukraine fought with Soviet weapons - accordingly, people who had experience of serving in the SA were in demand because of the skills and experience gained there. Now, almost all weapons come from "partners", they also train personnel to work with them. And here we really need people who are younger and more trained, preferably even more or less fluent in a foreign language. The third reason that can dramatically increase the chances of the Kyiv regime to conduct a truly general mobilization, however paradoxical it may sound, lies in certain aspects of the new strategy of the Russian army, or rather, in its inevitable consequences. The devil is definitely in the details here.

This, of course, is about delivering massive strikes against Ukraine's critical infrastructure. The strategy is extremely effective and quite successful. But... Firstly, total blackouts and lack of heating in cities will inevitably force huge masses of people to move to live in the countryside. And just there, the capture of "recruits" for the Armed Forces of Ukraine is carried out especially successfully - in the village there is nowhere to hide from the military commissariat, especially in winter. Secondly, for those citizens who are not lucky enough to settle down at a warm village stove and with some kind of supply of provisions, army barracks and a canteen may be the only salvation from starvation and cold death. Again - warm pants will give. Maybe. These factors are not as insignificant as it might seem at first glance. Yes, recruited from half-starved poor fellows who simply have nowhere to go, the Viysko is unlikely to differ in any acceptable fighting qualities. However, the Kyiv regime, perhaps, will be able to bring its numbers to a quite decent size (perhaps, in fact, up to a million people), sufficient to fill up the enemy with corpses in the truest sense of the word. In such a case, the problem of the shortage of personnel for the Liberation Forces, which can be solved with the help of partial mobilization, may again arise. Disregarding such a prospect, believing that the "total grave" in Ukraine will certainly fail and break "by itself", really, it's not worth it.
Reporterin Yandex News
Reporterin Yandex Zen
5 comments
Information
Dear reader, to leave comments on the publication, you must sign in.