Western artillery of the Armed Forces of Ukraine lost its accuracy 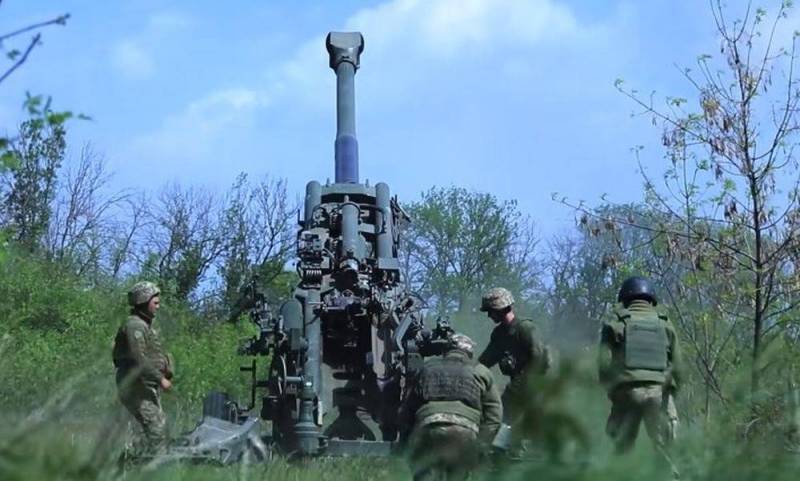 Western artillery mounts used by the Armed Forces of Ukraine in the Kupyansk and Kryvyi Rih directions lose their combat qualities during operation, requiring repair due to wear and combat damage.


Thus, in the 93rd mechanized brigade of the Ukrainian armed forces, about half of the howitzers used are in need of repair. Therefore, the Ukrainian army withdraws the American M777 from Zarechny to the area of ​​​​the settlement of Stavki (40 km from Kremennaya).

The main drawback of Western-supplied weapons is their inability to hit targets accurately. So, at a range of 25 km, the deviation reaches about 140 m. When firing at a distance of 30 km, this value is already about 275 m. The wear of guns reduces the possibility of targeted destruction of objects by 20-30 percent.

Thus, the use of such low-quality weapons, along with AN / TPQ-36 Firefinder radars, against Russian Msta-B howitzers, Giacint-B cannons and artillery installations of special power is not possible.

Along with this, the decrease in the accuracy of Western artillery leads to an increase in the use of shells. With regard to the M777 howitzer, the ammunition consumption increases from 10-15 rounds to fifty. Positions are zeroed in with 20 155 mm shells, the delivery of which to the front line is very irregular.

To solve these problems, instead of the M777, Ukrainians can start using the Romanian M1981 howitzers, which are licensed copies of the Soviet 152-mm D-20 field howitzers.
Reporterin Yandex News
Reporterin Yandex Zen
4 comments
Information
Dear reader, to leave comments on the publication, you must sign in.