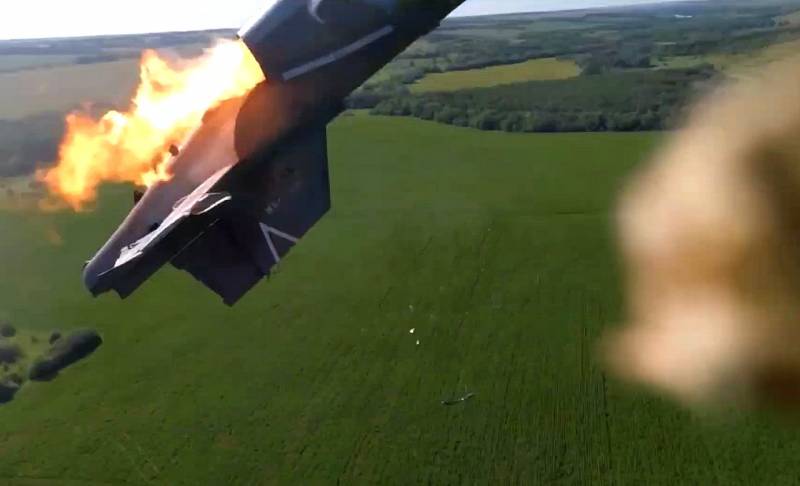 Many saw from the side how the pilots leave the combat aircraft and then descend to the ground by parachute. But few people imagine what the pilot himself sees and experiences at this moment. Blogger Fighterbomber, directly related to aviation, decided to acquaint the uninitiated with this.


Thanks to him, an interesting video of ejection from the Su-25 attack aircraft through the eyes of a pilot appeared on the Web. This is a truly breathtaking sight, the composure and endurance of the pilot in such a situation can only be envied.

The footage shows how the pilot lifts the nose of the aircraft to increase the ejection height, why the mechanism throws him overboard, the parachute opens. Then there is a fairly hard landing. Nevertheless, the pilot is alive and unharmed, about which he reports to his follower by radio.

Presumably, a Ukrainian MANPADS missile hit the tail section of a Russian attack aircraft, after which it lost control.


There is also a slow-motion video clip where you can see everything more closely.