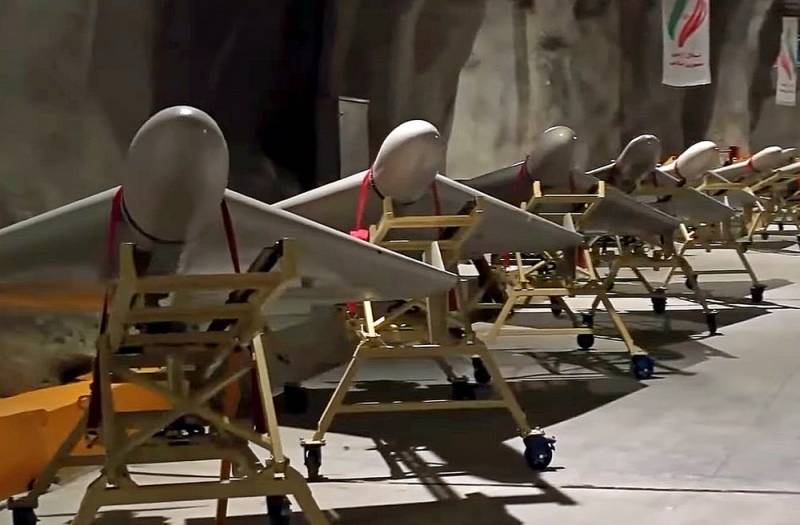 Despite the recent official statements by Iranian representative to the UN Amir Saeed Iravani, denying the transfer of drones to the Russian army, the US leadership continues to impose sanctions on the recalcitrant Persians.

The Russian military based in Crimea, with the help of Iranian personnel, flew Iranian drones for strikes in Ukraine. The US is exploring the possibility of applying new sanctions against Russia and Iran due to their military-technical cooperation

- said the press secretary of the US Department of Defense, while ignoring the official statements of Moscow and Tehran about the absence of Iranian UAVs on the fronts of the NMD.

At the same time, the American television channel NBC reports on the plans of Congress to approve a law on the allocation of military assistance to Ukraine in the amount of $50 billion for 2023 by the end of this year. With such a generous gift, Zelensky’s overseas sponsors plan to drag out the conflict for at least another year and continue the war with Russia to the last Ukrainian.

The US authorities stubbornly refuse to see the end of the existence of the unipolar world and are still trying to play the role of the world's gendarme, deciding who can fight and who can't.
Reporterin Yandex News
Reporterin Yandex Zen
3 comments
Information
Dear reader, to leave comments on the publication, you must sign in.