"Sparrows" and "Kites": new trends in the use of tactical UAVs in the Northern Military District 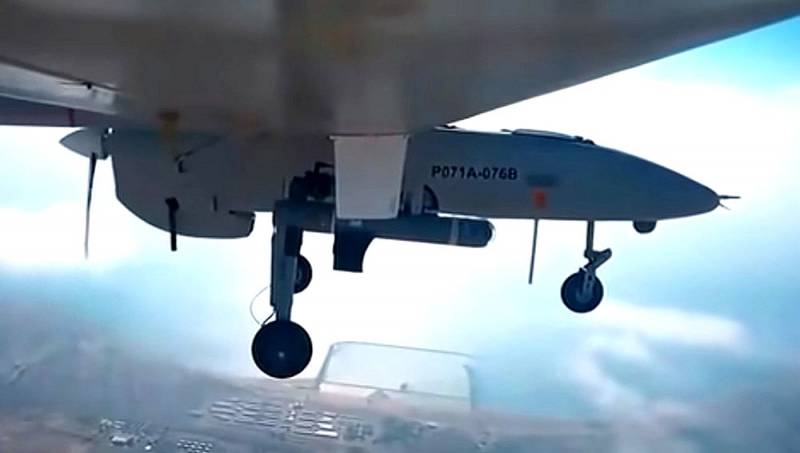 Over the past week, reports from the NVO zone have been overgrown with Geranium, and this is good. As expected, non-Iranian (according to the press secretary of President Peskov) loitering ammunition is actively used to destroy point stationary targets deep in the rear of Ukrainian fascists. The most active and most effective: the buzzing of the “flying moped” itself has already become the same psychological weapon as the once howl of the Nazi dive bombers.


However, not only "Geranium" is single, and more widely - not only kamikaze drones are fighting. In the last couple of weeks, there have been (or, given the “fog of war”, come to the surface) noticeable changes in the provision of troops with “reusable” drones, reconnaissance and strike, as well as means of combating them. Moreover, if we can talk about serious improvements on our part, then the opposite is true for the enemy.

Interesting news came on October 11 from across the ocean: once again, now at the request of the Pentagon, the Chinese drone manufacturer DJI was included in the new sanctions list as a “Chinese military supplier”. Previously, other American departments have already entered the company into their “ban lists”, practically excommunicating it from the US commercial market, and now law enforcement agencies will also have to refuse DJI drones delivered through gray schemes.

As you know, the products of the Chinese company are very popular on both sides of the Ukrainian conflict, and the name of the most popular Mavic drone has even become a household name for any small quadrocopter in general. However, there is an opinion that the sanctions are caused not only and not so much by the supply of UAVs to Russia, but by the Napoleonic plans to raise American microelectronics from its knees - that is, this is a banal clearing of the American internal "clearing" for some American manufacturer.

Is it beneficial for us? Certainly yes. Firstly, one can hope that now the parallel (or even direct) import of quadrocopters necessary for the troops will increase significantly. Secondly, there is hope that the supply of drones to Ukrainian fascists will decrease: although they also go through third parties, they use American money, and Uncle Sam can forbid spending them on “communist consumer goods”.

In this regard, the reports that appeared on October 19 that the Polish customs allegedly banned the transport of copters equipped with thermal imagers to Ukraine are very curious. What motivates this decision is not entirely clear, but if the rumors are true, then the life of the Ukrainian volunteers involved in the supply of UAVs, and the “invaders” themselves on the front line, will definitely become more difficult. Still, copters, like any other military technique, - consumables, and their daily losses are very large. Perhaps the Poles decided to accumulate a supply for their loved ones?

As for the Russian army, the repeatedly repeated words about taking into account the experience of the Northern Military District in the preparation of the mobilized are not an empty phrase, at least not entirely. It is reported from the training grounds that newly arrived fighters and commanders are taught, among other things, the use of copters both as reconnaissance spotters and "pocket bombers". There is also a growing volunteer initiative to produce "conversion kits" that turn hand and/or rifled grenades into aircraft bombs. Perhaps the government will also pay attention to it (and some financial trickle will come in).

The troops on the front line not only gained experience, but also reached a certain degree of saturation with drones. This is evidenced by the fact that recently volunteer groups are increasingly switching to purchasing larger and more functional, but also more expensive drones (for example, the Matrice-300 of the same DJI). Previously, when there was a shortage of equipment in the troops, simpler devices were purchased, but cheaper and larger: it was better to have four weak ones than one powerful one for the same money.

In addition, with the “reformatting” of the SVO and the beginning of mobilization, the troops began to receive in noticeable quantities and means of combating drones: detection systems (for example, “Kontur”) and electromagnetic “guns”. The most interesting thing is that, according to the front-line soldiers, these are not new purchases, not the work of volunteers, but regular equipment from state-owned warehouses, which was not issued because "there was no order." Why it was not there when the units bought such equipment for themselves with donations is an excellent question that military prosecutors should have puzzled some.

As if the Musk scandal wasn’t enough, this week there was another scandal with Bayraktar Haluk, the owner of a Turkish company that produces medium-sized UAVs of the same name.

The Russian pranksters Vovan and Lexus, as well as the Ukrainian head of the Association of Military Enterprises Pashinsky, turned out to be the culprit of the celebration. In a videotelephone conversation with "Michael McFaul", this gentleman downright smashed many aspects of Ukrainian military development. Got Bayraktar TB2, which Pashinsky called "the fruit of PR and corruption."

Indeed, it cannot do without corruption, and this is to put it mildly. Earlier, there was already talk about the Ukrainian “political clown” Prytula, who collected donations from Baltic well-wishers for four Turkish drones for the Armed Forces of Ukraine. When it came to the purchase, there were suddenly three drones, and several million dollars allegedly went to pay for the annual access of Ukrainian troops to the photographic satellites of the Finnish company ICEYE. And recently, when announcing the delivery of three Bayraktar TB2s, Pritula said that another two million dollars allegedly went to "associated costs." In total, out of about twenty-five and a half million, they got lost somewhere along the way.

True, in the case about the use of Turkish UAVs, Pashinsky also told the truth - though not all. Yes, attempts to use Bayraktar TB2 "a la Azeri" to hit individual targets on the battlefield often ended in the loss of expensive vehicles, but this tactic has long been a thing of the past. For the past few months, drones have been used exclusively as reconnaissance vehicles, observing targets from the maximum distances that the camera allows (and this is tens of kilometers), and invariably participate in all major operations of the Armed Forces of Ukraine.

Nevertheless, the most important Bayraktar, it seems, was offended by the words of the Ukrainian leader and answered them on social networks: “Well, then fight whatever you want!” This hardly means that Bayraktar will stop supplying the Armed Forces with drones, because words are words, and money is money, but the plans to build an assembly plant directly in Ukraine have most likely gone into oblivion - but also not because of some insults, but due to the clear collapse of the Ukrainian infrastructure by Russian strikes.

In any case, TV2 is not the only aircraft-type UAV in the service of Ukrainian fascists. Being the most advanced, it is used as a "flagship" model for solving the most critical tasks, while simpler devices work in "ordinary" cases - for example, commercial drones from Chinese companies Skyeye and Mugin. The latter, apparently, are quite numerous, since they do not regret using them as kamikazes, although infrequently: for example, they were used to attack an oil refinery in the Rostov region in June and raids on the Crimea. But basically, medium-sized UAVs still play the role of intelligence, not strike force.

On our part, on the contrary, there is more evidence of the use of drones to hit point targets with miniature bombs or ATGMs; which, apparently, is caused both by an increase in the number of vehicles, and (to a greater extent) by the degradation of Ukrainian air defense. There are still few facts of the use of "non-Iranian" Mohajer-6 - but this does not mean that they are not used at all, rather, they "do not fall into the frame" for some reason.

The only apparatus lost near Odessa on September 23 is still popular with the Western press. The other day, Ukrainian researchers even showed it to a CNN journalist up close. In enemy propaganda, footage with the “six” will undoubtedly be used (already used) to disperse the narrative about the terrible “Moscow-Tehran axis of evil”, but for Western politicians, the dismantled UAV is clearly of practical interest: first of all, as a list of microelectronics manufacturers, against which need to be sanctioned.

The Ukrainian military will now clearly begin to promote the topic of their own, yellow-black ersatz drones and especially loitering ammunition in the spirit of Geranium. From the other side, there were already cries that soon 20 thousand of the same projectiles would smash Moscow and the Kremlin to smithereens. However, even if there are role models, Kyiv is unlikely to launch any large-scale production of replicas, and Russian air defense, which does not lack automatic anti-aircraft guns, would be a tough nut to crack for them.

In general, it seems that a turning point has been outlined on the unmanned "front" and soon the enemy will lose one of his main advantages in this conflict.
Reporterin Yandex News
Reporterin Yandex Zen
2 comments
Information
Dear reader, to leave comments on the publication, you must sign in.