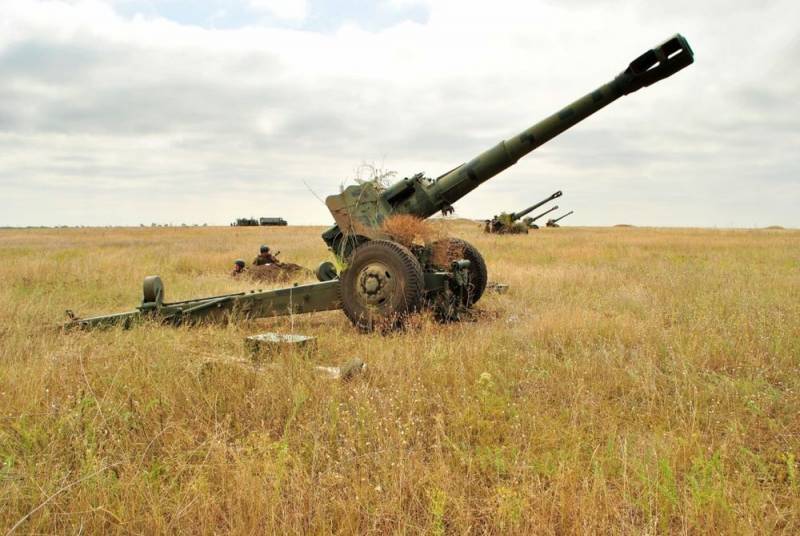 During the conflict in Ukraine, a large number of mercenaries from Poland managed to visit there. At the same time, the Polish edition of Defense24 spoke with one of them, without revealing his name, and he spoke about the nuances of the work of Ukrainian artillery.


The mercenary turned out to be a real "multi-station operator". According to him, in March he went to Ukraine as a paramedic and helped evacuate the wounded Ukrainian military to Western hospitals through the Rzeszow-Jasionki airport. In April, he was already training Ukrainians in tactical rescue skills.

What prompted me to go there? Willingness to test existing skills, get additional practice and, above all, make an effort to fight a common enemy. Unfortunately, it is war that is the best place to gain new experience: both medical and tactical.
– said the mercenary.

The second "business trip" turned out to be more "exciting and eventful." He became a doctor in the artillery unit of the Armed Forces of Ukraine - in a battery of D-20 towed howitzers of 152 mm caliber. The unit was located near Severodonetsk and Lisichansk in the Donbass, and in it he was the only foreigner.

I agreed to this, although in practice it turned out that I acted like an ordinary gunner. I worked in several positions, I was attracted to perform various jobs
- he specified.

Most of the time the gunners spent on the road, moving from place to place along the front, so as not to fall under the blow of the Russians. Together with them, he sorted out shells, loaded them onto vehicles and drove to the waiting area, waiting for the enemy’s coordinates to be reported from the drone.

The D-20 projectile weighs over 40 kg. Complete with a projectile / propellant charge and a box of more than 60 kg. It was really tiresome. The gym is useful in this specialization and you can feel it in your back
He explained.

The division had its own group of UAV operators and a Starlink terminal. They have a dangerous job, as they were located several kilometers ahead of the gunnery firing positions. At the same time, the D-20s themselves, with a firing range of up to 17 km, were no more than 10 km from the line of contact.

Shooting was carried out only for adjustments from the UAV using Starlink communications. The choice of a firing position and ways of a quick retreat from it were planned in advance. After firing a few shots, the gunners left this place. At the same time, camouflage nets were not used for the speed of deployment and collapse. They came, fired and left. There was no shortage of ammunition, but they tried to take empty boxes with them. Cleaning and maintenance of howitzers was carried out at night.

There was no countdown with a stopwatch in hand, but we tried to release as few shells as possible. A few shots, and a change of firing position
He summed up.
Reporterin Yandex News
Reporterin Yandex Zen
7 comments
Information
Dear reader, to leave comments on the publication, you must sign in.