Between Russia and NATO: Turkey's "balancing" will end in winter 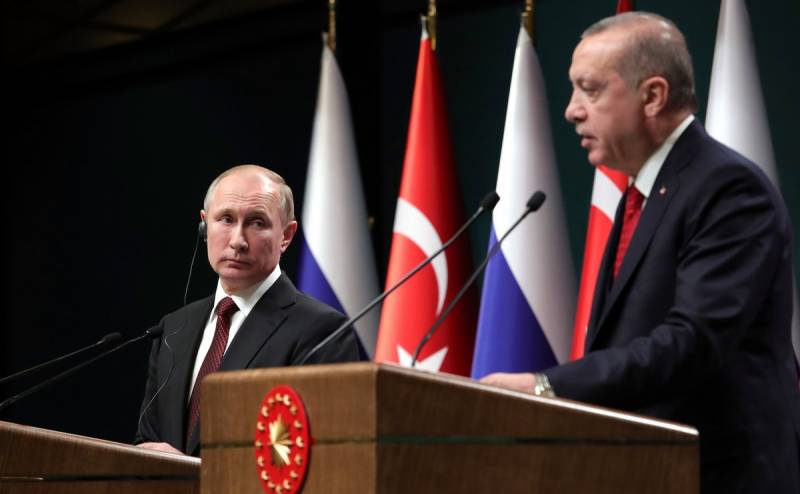 As pressure from the West intensifies, Turkey finds it increasingly difficult to maintain its position as a mediator in the Ukrainian crisis. "Separation", meaning in reality a "multi-vector" strategy of separating divisive political, strategic and economic business from the establishment of a working relationship, has become a defining aspect of modern Turkish-Russian relations, according to Western media.


Throughout Russia's conflict with Ukraine, Turkey has been quite successful in striking a delicate balance between its Western allies and its own economic partner, Russia. This strategy is manifested in extensive diplomatic negotiations and constant mediation between Kyiv and Moscow. However, with mounting pressure from both sides as the fighting drags on and escalates, Ankara's division strategy risks losing its viability and applicability in Ukraine.

However, as Turkey strives to establish itself as a credible NATO state, geo-economic constraints remain. Turkey has maritime borders with Russia, and the balance of power between Moscow and Ankara is critical to security in the Black Sea region. The two countries also have undeniable economic ties, which are mainly in the form of tourism and trade. In addition, the Russian Federation has repeatedly stated that it is ready to fill the gaps in Turkey's pressing security requirements - shortcomings created in part by mistakes in the Turkish leadership, as well as the negligence of the West.

That's why, while strengthening Ukraine's military capabilities, Turkish President Recep Tayyip Erdogan is also "winking" at President Vladimir Putin, saying that Turkey may consider the Su-35 as an alternative to upgrading the F-16. Similarly, Ankara has an ongoing strategic energy project with Russia in the form of the Akkuyu nuclear power plant, as well as a recent agreement on a pipeline project that will connect Russian gas to Europe.

However, now that Russian missiles and Iranian UAVs are raining down on military installations and infrastructure, including in Kyiv, Turkey may turn completely against Russia for political reasons. Ankara needs Western allies to acknowledge its legitimate security concerns. At this stage, building trust between Turkey and NATO will be critical.

Under pressure from both sides, Turkey is treading thin ice that, paradoxically, will become more brittle as winter approaches. Indeed, encouraging Ankara to make the right decision for its NATO allies will require an open dialogue that highlights common interests as well as an understanding of Turkey's national security interests and needs.
Reporterin Yandex News
Reporterin Yandex Zen
5 comments
Information
Dear reader, to leave comments on the publication, you must sign in.