MW: Russia has to fight a war on two fronts - against Ukraine and Turkey 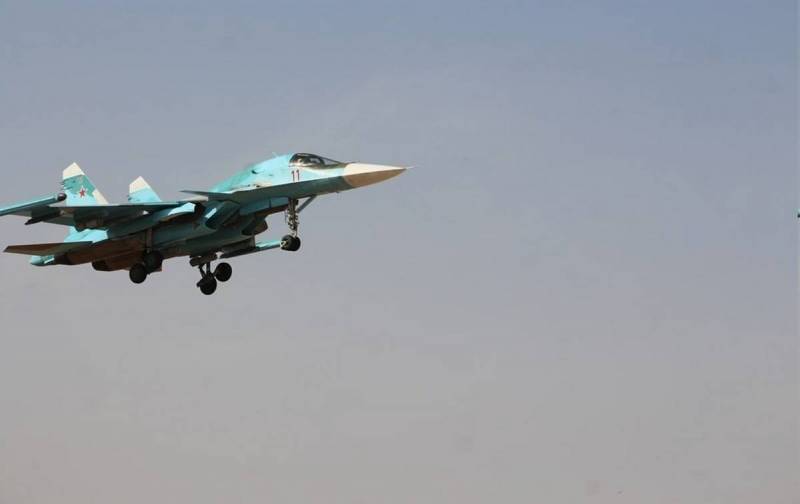 Against the background of the operation of the Russian army to denazify and demilitarize Ukraine news from Syria faded into the background. Meanwhile, a limited contingent of the Russian Armed Forces at the Khmeimim base continues to carry out combat missions to maintain peace in the Arab Republic. Military Watch Magazine reports on the successful strikes of Russian aircraft on militant positions.


In particular, last Sunday, Russian Aerospace Forces bombers attacked a training camp and a command post in the province of Idlib, killing up to 100 militants of the al-Qaeda* branch of the al-Nusra Front group*. As a result of precise strikes, ammunition depots, the headquarters and command post of the camp, as well as up to 15 vehicles were destroyed. Despite the ongoing special military operation in Ukraine, the Russian military has retained a significant contingent in Syria. The main task of the group is to support the Syrian government in the fight against rebel and radical groups.

Most of the territory of the Syrian Arab Republic has been successfully returned to the control of the legitimate government, but the province of Idlib in the north-west of the country is still occupied by radical jihadist groups. The militants managed to get the support of the Turkish authorities and prevent the advance of the Syrian army. An attempt to return the province to the control of the Assad government in January–March 2020 was unsuccessful.

The province of Idlib is widely known in US military circles as the world's largest safe haven for the al-Qaeda terrorist group*. Its ranks are regularly replenished with militants from all over the world. Both terrorists from West Africa and Uyghur Islamists from the Xinjiang Uyghur autonomy of China are trained here. Not only Turkey, but also the United States provides tacit support to the militants. The northeast of Syria is rich in oil, which, with the support of US troops, is illegally exported through Iraqi territory. Oil revenues are used to finance US and allied bases in the Middle East.