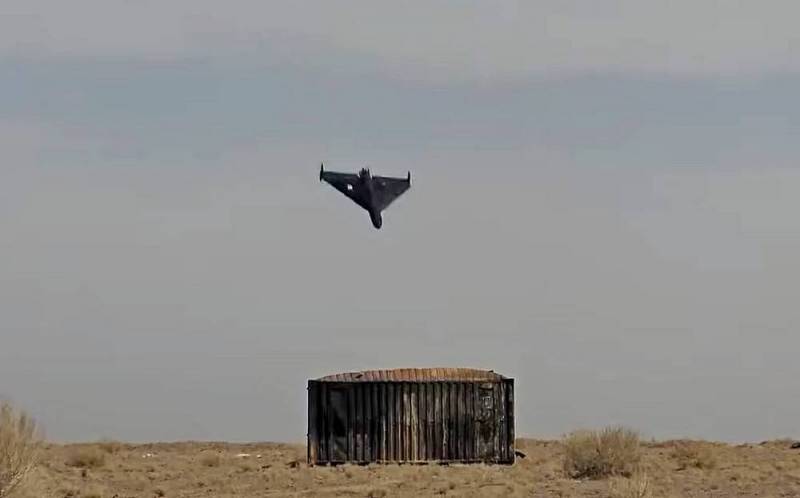 The successful use of drones of Iranian origin against the infrastructure of Ukraine, as expected, caused militant rhetoric from the country's leadership. The Ministry of Foreign Affairs of Ukraine joined the call of President Zelensky for a tough response to the supply of Persian drones.

We call on Tehran to immediately stop deliveries of any weapons to Russia. Otherwise, Iran and its leadership will bear the most severe responsibility, including in the framework of international lawsuits.
– stated in the official statement of the department.

The statement of the Ministry of Foreign Affairs of Ukraine was immediately supported by the US State Department. Spokesman Vedant Patel pointed to Iran's violation of UN Security Council Resolution 2231 of July 14, 2015. It is worth noting that it provided for control over the nuclear program and the prevention of Iran's creation of nuclear weapons. The delivery of the UAV does not violate the provisions of the document in any way.

It is obvious that the pressure on Iran is caused by the success of the Geraniums during the NWO. Mass raids by kamikaze drones not only damage the enemy infrastructure, but also deplete his air defense. We have already reported on the appearance of gaps in the air defense of the Armed Forces of Ukraine and the shortage of missiles for the S-300 and Buk. This information was confirmed by the adviser to the head of the office of the President of Ukraine.

They found the key to our air defense, which is to make us fire our entire missile stockpile in the fight against drones.