In the West, they are wondering about the goals of launching the Russian military satellite EMKA-3 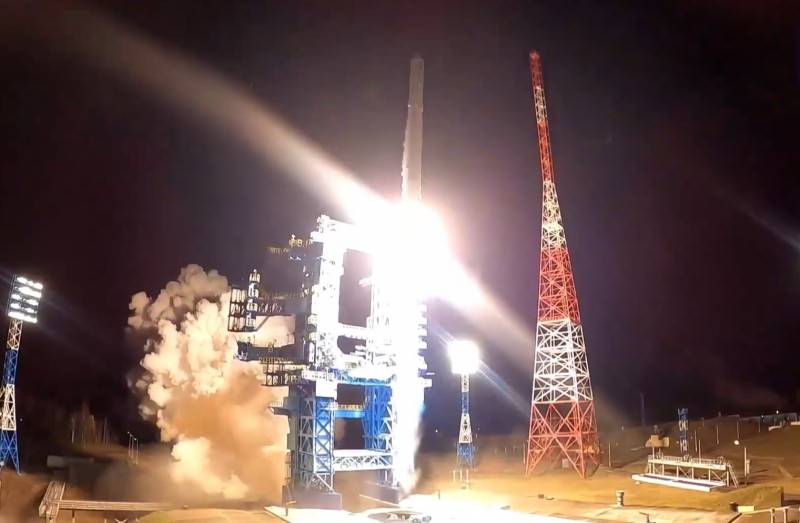 The Russian Angara rocket launched from the Plesetsk cosmodrome on the night of October 16, putting into orbit a small military satellite, the type of which is usually called the EO MKA (experimental orbital small spacecraft) or the Latin abbreviation EMKA. Officially, this spacecraft was assigned the standard serial number Kosmos-2560.

At the estimated time, the spacecraft was launched into the target orbit and accepted for control of ground facilities of the Russian Ministry of Defense. A stable telemetry connection has been established and maintained with the ship, its on-board systems are operating normally.
According to EverydayAstronaut.com, the EMKA-3 weighs about 150 kg. The satellite is directed into a sun-synchronous orbit at an altitude of about 300 kilometers above the Earth. In Western publications specializing in space, the appointment of satellites of the EO MKA series is referred to as “optical reconnaissance spacecraft”, and they note that very little is known about them “due to military and secret purposes”.

Some "numbering mismatch" is noteworthy. As the portal Space.com explains, before the current launch in the West, there were three previously completed launches of EMKA-class satellites into orbit. The first one is in April 2018. This satellite was designated "Cosmos 2525" and spent about three years in orbit, falling to Earth in a controlled manner in the spring of 2021. The next two were launched in September 2021 and April 2022, and were named Cosmos 2551 and Cosmos 2555 respectively. In reports about their launch, only in the first case was there a mention of a relationship to the MKA EO series. But both of these satellites did not stay in orbit for long: each of them went out of orbit and burned up in the atmosphere after about a month.

It is not clear whether the EMKA-3 satellite is a replacement for the failed Cosmos 2555 satellite, or whether it was originally just a mass-dimensional layout
writes EverydayAstronaut.

Space.com added that the original Angara with EO MKA-3 was supposed to launch on Friday (October 14).

In addition, the Parabolic Arc website noted that the launch of the ICA-3 EO was the third for Russia in less than a week. On October 9, a Soyuz rocket launched another GLONASS navigation satellite from Plesetsk, and on October 12, a Proton rocket launched a communications satellite for the Angolan government from the Russian Baikonur Cosmodrome in Kazakhstan. In total, since the beginning of this year, Russia has carried out 16 space launches, all of them were successful - in contrast to 3 failures by the United States and one by China. But in terms of the total number of launches, Russia is still noticeably inferior to the United States (66) and China (45).
Reporterin Yandex News
Reporterin Yandex Zen
6 comments
Information
Dear reader, to leave comments on the publication, you must sign in.