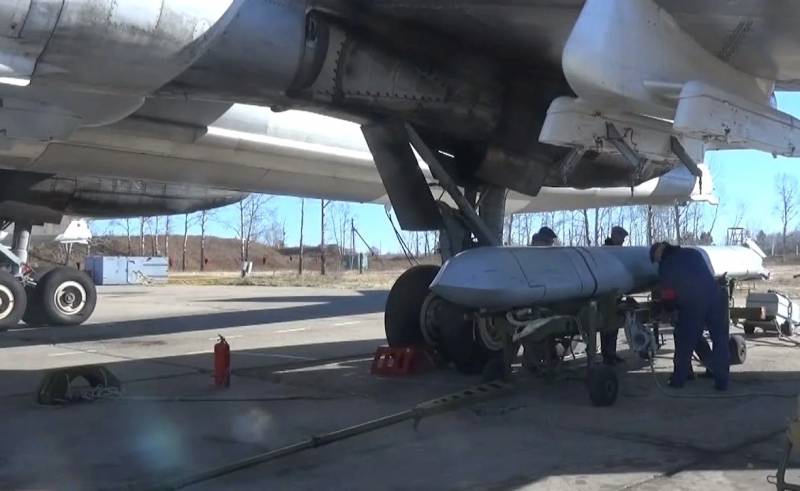 In the seething of emotions and passions about the strikes that have begun to be delivered “in full force” on the critical infrastructure of the “unaffected”, there is no diversity of opinion regarding what exactly is the main goal of such a sharp change in the NWO strategy. It is clear that this is being done as a well-deserved retribution for the terrorist attacks committed by the Ukronazis, to weaken the defense potential of the Kyiv regime, to reduce the combat capability of the Armed Forces of Ukraine… Is everything so simple and obvious?


Those who operate only on the above reasons are trying to reduce to an elementary situation, which has a completely obvious subtext and hidden meaning. However, in order to catch and understand them, one must at least know the true Ukrainian realities, understanding their nuances and subtleties. And at the same time - give yourself the trouble to remember some moments of both the initial stage of the special operation and its later periods, which remained unexplained to the end. Let's try to do this.

Who is being hit in reality?

Let me get straight to the point. Those who today, listing the objects hit by high-precision weapons, are talking about the losses and damage that "suffered the Ukrainian economy"Sorry, he doesn't understand what he's talking about. What is the "Ukrainian economy"?! It (in the normal and familiar sense for Russians) has not existed for God knows how many years. In fact, immediately after the country received "independence" over all sectors of industry, transport, and other infrastructure, complete control of individuals and entire gangs of ... sorry, conglomerates was established. We are talking about the public that is called "oligarchs" and "financial-industrial groups", in whose ownership Ukraine, in fact, has been for almost three decades in the most direct sense of the word. The appetites and ambitions of these characters are not at all limited to the economic sphere. All the years of "nezalezhnosti" it was they who were the real power in the country, deciding its fate in everything, up to the foreign policy course. Members of parliament, ministers and heads of government, presidents? All these were nothing more than puppets, puppets, the threads from which went into the tenacious paws of the oligarchs.

It was they, I repeat this for the hundredth time, who staged the “Maidan” in 2013, trying to moderate the boundless appetites of Yanukovych and his “inner circle”. Yes, very quickly the "control panel" of this event turned out to be in completely different hands - the representatives of the "collective West", who decided to use the opportunity that turned up for their far-reaching geopolitical goals. This suited the Ukrainian oligarchs quite well. They made excellent money on the civil war that had been going on for 8 years, and everything else, in fact, did not touch them. Neither wealth nor power have diminished in the slightest. The West saw this, and that is why they stubbornly tried to push Zelensky to carry out “deoligarchization”, while not realizing that it was impossible to do something similar in Ukraine without a radical and bloody breakdown of the entire system. However, it is quite possible that it was precisely these movements that gave grounds for attempts to reach an agreement with this public before the start of the NWO. There is practically no doubt that such actions were taken. Not without reason, at 18 pm on February 23, when there were less than 12 hours left before the start of the special operation (and Zelensky undoubtedly knew about this), he gathered in his office not representatives of the General Staff, not top-ranking “siloviki”, but just gentlemen of the oligarchs.

There is reason to believe that it was at this meeting that he made the notorious "proposals that cannot be refused", after which the SVO went clearly not according to the scenario that was originally laid down. Apparently, the secret services of the West once again outplayed the gentlemen of the nouveaux riches, putting them before an extremely tough and unpleasant choice ... One way or another, but many things that happened later and caused (or cause to this day) a certain misunderstanding in Russian society, like a strange " "inviolability" of the same railway infrastructure, as well as many industrial and other facilities in Ukraine, suggest that the "bridges" were not finally "burned" even after such a cynical and treacherous "changing shoes in a jump." In fact, the Ukrainian oligarchs have been hit on the most tender and expensive thing - bank accounts and wallets - just now. Ruthless arrivals smash to pieces and in half not “the national treasure of Ukraine, but specifically their property, assets and capital.

Ferroalloy, steel and other metallurgical plants that stop due to lack of electric current, turned off, or even turned into a pile of ruins of thermal power plants, substations and boiler houses - all this is the property of Ukrainian oligarchs, and at present they are simply suffering enormous losses. Problems with railway communication, leading to the impossibility of supplying raw materials and exporting finished products, disruption of contracts worth millions and hundreds of millions. Those who just yesterday measured the length of Mercedes among themselves and places on the Forbes list and the like are approaching ruin and bankruptcy by leaps and bounds. Yes, ordinary Ukrainians have a lot of hardships - in a purely everyday sense, gentlemen, the oligarchs are much better prepared for the impending Armageddon. They also have individual sources of heating with electricity, and sufficient supplies for the worst day. However, on the other hand, they, unlike ordinary citizens, have something to lose. And this time they risk losing not some part of their own huge wealth, but everything they have. I would venture to suggest that the missile strikes now inflicted on the infrastructure of the "non-destructive" carry a message, first of all, to these nouveau riches, who hoped to sadly sit out the hard times in Paris, Vienna or somewhere in the Maldives. Their lives, of course, are not in danger. However, the chance to get out of the current situation as beggars is growing literally every day.

Why is this being done? Well, there is a sense here, and very common sense. Anyone who stubbornly tries to rant about prospects like “the desperate Ukrainian people will demolish the Zelensky regime” demonstrates either his own, excuse me, absolute stupidity, or an equally absolute ignorance and misunderstanding of Ukrainian realities as such. But for the Ukrainian wealthy, who are now suffering wild losses, organizing another “Maidan” that can topple the clown president and a bunch of his minions is more than real and feasible. Moreover, the successive massive attacks with high-precision weapons that followed one after another, in addition to thermal power plants and railway junctions, destroyed something else. Namely, the image of Zelensky, which has blossomed recently and has become much stronger in the eyes of many Ukrainians, as “a great strategist and military leader who has almost defeated the Russians.” Anyone who retained his sanity (and there are still very, very many of them in the country) became completely clear: this pea jester not only did not “defeat” anyone, he was completely incapable of protecting and saving his own fellow citizens. In the wake of such a bitter disappointment, well-funded and well-organized "popular riots" just break out. Winners are not judged, and losers are not favored or pitied...

It is possible that right now the Ukrainian oligarchs are being given another "last chance" to fulfill the very agreements that previously existed (or, let's say, could exist). In no case should one underestimate their potential and capabilities, and an attempt to use them to minimize the military component of the NMD would be a very correct step. It is impossible not to mention one more detail that fits perfectly into this version. Viktor Medvedchuk, freed from the basements of the SBU, in addition to bearing the completely undeserved title of "leader of the pro-Russian opposition", also belonged to the most prominent Ukrainian oligarchs. It is possible that his exchange was really vital - if only to establish an effective channel of communication with all this public. Well, much more can be achieved from people with a kind word and a high-precision missile than with a kind word alone.

In conclusion, I want to say this: for those who may be terribly outraged by the very fact of posing the question of some behind-the-scenes and undercover attempts to complete the NMD by any means other than purely military, I recommend keeping your emotions to yourself and carefully listening to the speeches of the Russian leadership . Today in Kyiv there is an absolutely inadequate and extremely aggressive regime that openly calls for a nuclear war and the complete destruction of Russia. It must be eliminated in any way and as soon as possible. Until the matter really came to the Third World War, which Zelensky and his entourage dream of. No one is talking about abandoning the goals and objectives of the special operation that were originally set, but the less destruction and casualties on both sides it will be completed, the better.
Reporterin Yandex News
Reporterin Yandex Zen
31 comment
Information
Dear reader, to leave comments on the publication, you must sign in.