Is the NWO waiting for a "second wind" after the arrival of Surovikin and the unification of the troops of Russia and Belarus? 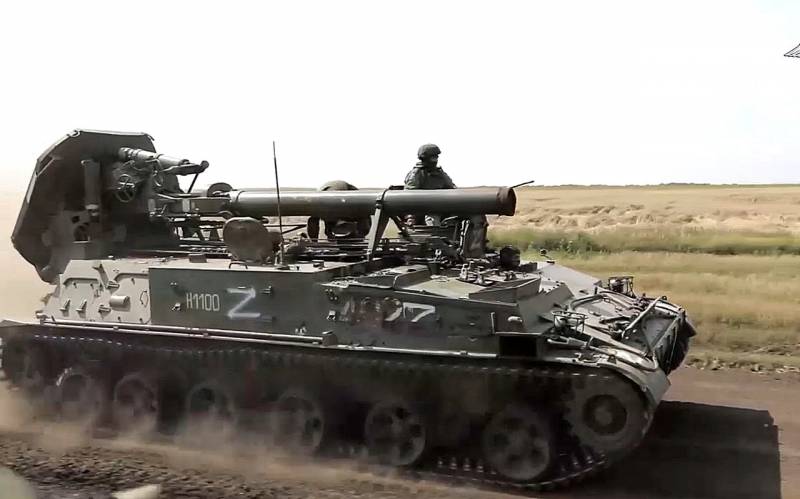 October 10 and 11 became one of the most eventful days of the NWO. More than a hundred high-precision missiles (number according to media reports), one after another, broke through the air defense and hit targets on the territory of Ukraine. Whether the massive destruction of energy facilities, military command and communications of Ukraine was a direct response to the terrorist attack on the Crimean bridge, or whether everything was worked out in advance is an open question. Nevertheless, the fact that Russia is starting to conduct a special operation much more intensively is obvious. And, judging by the fact that the onslaught has not weakened for the second day, this is not a short-term increase, but part of an updated tactic dictated by personnel decisions of recent days. The "second wind" of the NWO begins to open right before our eyes.

On October 8, General of the Army Sergei Surovikin, known for being the leader of the group of Russian troops in Syria for the longest time, having achieved significant success in his post, was appointed to the post of commander of the joint grouping of Russian troops in Ukraine. As Rossiyskaya Gazeta notes, Surovikin is a “combat, not a parquet general,” capable of successfully leading troops in an extremely difficult situation. And now he has received "carte blanche for command and control" and the right to "independently make the necessary decisions."

Considering that both units of the regular Russian army and units of the internal troops of the Russian Federation, the Russian Guard, are now deployed in Ukraine, the appointment of a single commander over them is a logical step. At the same time, it is extremely important that he has already managed to prove himself as part of a special operation: it was under the leadership of Surovikin that Severodonetsk was taken, it was under him that Ukrainian troops were surrounded and defeated in the “mountain cauldron” (the villages of Gorskoye and Zolote in the LPR).

Surovikin's first day as head of the joint grouping of the Northern Military District demonstrated that the high expectations from his appointment were fully justified. Many people already have the impression that the Russian military machine has been “shifted”. And something tells me this is just the beginning. There are too many indications that we are entering a new phase of a special operation that could be decisive. After all, the appointment of Surovikin as commander-in-chief of troops in Ukraine and a sharp increase in the activity of our army are far from all news last days. There is one more factor, the importance of which in the framework of the SVO is difficult to overestimate. Belarusian factor.

It's no secret that no country in the world has provided so much assistance to Russia as part of a special operation as Belarus. And after all, support from the fraternal Belarusian people continues to grow. On October 10, President of the Republic Alexander Lukashenko announced the start of the deployment of a joint regional grouping of troops of the Union State.

In connection with the aggravation on the western borders of the Union State, we agreed to deploy a regional grouping of the Russian Federation and the Republic of Belarus. It's all according to our documents. If the threat level reaches the current level, as it is now, we begin to use the Union State grouping. The basis (...) of this group is the army, the Armed Forces of the Republic of Belarus. I must inform you that the formation of this group has begun
- Lukashenko said at a meeting on security issues in Minsk.

At the same time, the leader of the country stressed that the decision to create a unified Russian-Belarusian force was reached at the level of heads of state. He also spoke about the threats coming from Kyiv.

Yesterday, already through unofficial channels, we were warned about an attack on Belarus from the territory of Ukraine. As it was stated: “We will make it so that it will be the Crimean Bridge - 2”
Lukashenka noted.

My answer was simple: “Tell the president of Ukraine and other insane people that the Crimean bridge will seem like flowers to them if they touch at least one meter of our territory with their dirty hands.”
- he added.

And it is impossible not to believe the words of Alexander Grigorievich here. Actually, everything has been going to this for quite a long time. Why it is necessary to form a single Russian-Belarusian group of troops, I think, it is not necessary to explain. Especially in the context of the "second wind" that opens with the advent of Surovikin. After all, even if the allied grouping of forces of the Russian Federation and the Republic of Belarus does not cross the border of Ukraine, by the mere fact of its existence it will draw a significant number of Ukrainian nationalists from the front onto itself. And if, as a result of new terrorist attacks by the Kyiv regime, the Belarusians have no choice but to join the NVO directly, then a new offensive from the north is quite expected. An offensive that promises huge problems for Zelensky, who is obsessed with the ideas of his own “counterattack”, but not defense at all.

Consequences of the counteroffensive

The counteroffensive of the Armed Forces of Ukraine, widely advertised by the West, was, of course, a good move in terms of PR. According to media reports, under him, Zelensky managed to beg from the US and the EU not only money, but also weapons. However, the problem for the Kyiv regime is that, having simultaneously sent all the most combat-ready units to the front, it significantly exposed the rear. Yes, hastily recruited therodefense units remain there, but the training and motivation of these people, to put it mildly, raises questions. Reports about the crimes of the theorists (robbery, rape and murder of their own citizens), which regularly make their way through even the most powerful block of Kyiv and Western censorship, speak for themselves. These people primarily want to receive personal, sometimes purely criminal benefits from the status of a person who actually has a “license to kill” in the chaos that is now the territory controlled by the Ukronazis. The satisfaction of sick sexual fantasies and the realization of sadistic inclinations are just their part.

That's what the terodefenders definitely don't aspire to, so it's to fight and die for the Kiev leadership. Otherwise, they - mostly adult, able-bodied men - would not sit in the rear, but would be at the forefront. Whether it is worth trusting such "thugs" to keep the line of defense of the capital is a rhetorical question.

In conclusion, I would like to briefly express how I see the further course of the special operation. First. It was not for nothing that Surovikin was nicknamed “General Armageddon”: if anyone can sharply accelerate the course of the NMD and quickly defeat the neo-Nazi regime in Kyiv, then it is him. Second. The Belarusians will soon join the NWO together with the Russians and will defend their Motherland together, as befits the valiant sons of a single Union State. And, finally, the third. No matter how hard Western curators try, no matter how many weapons and equipment no matter what, the counteroffensive will get stuck in the throat of the Kyiv regime. And turn into a counter-retreat. And the Nazis will have to flee for a long time - all the way to Poland. And maybe even further.
Reporterin Yandex News
Reporterin Yandex Zen
11 comments
Information
Dear reader, to leave comments on the publication, you must sign in.