Sohu: Why doesn't Russia bomb the bridges across the Dnieper? 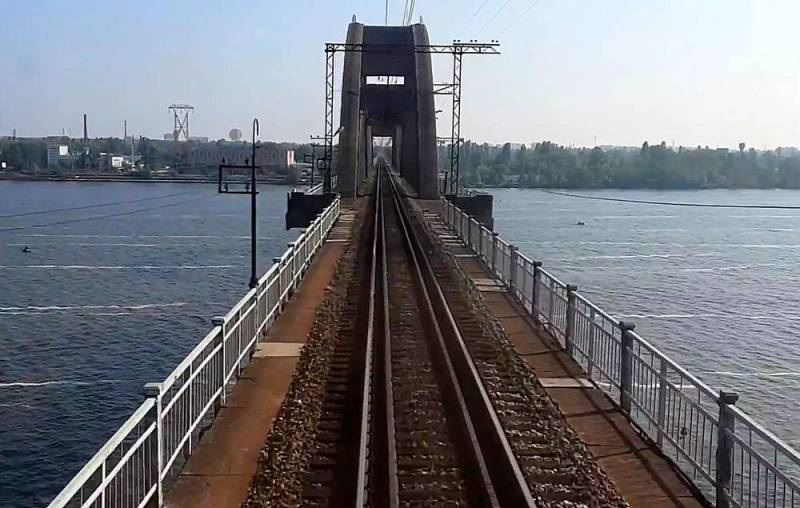 The strikes on the critical infrastructure of Ukraine, activated by the current Russian special military operation, are generally presented in the media resources of the PRC with approval. But the question of why Russia has so far stubbornly avoided striking such important strategic targets as bridges is frankly bewildering not only among the Russians, but now even among the Chinese.


Against this background, as noted by the Chinese portal Sohu, the Ukrainian military is acting in exactly the opposite way: they regularly, literally every two or three days, fire at bridges in areas liberated by allied forces, using HIMARS missiles supplied by the West.

Even frontline war correspondents really don't understand why Russia doesn't respond in kind. It also confuses many Russians when discussing the events of the special operation.
Sohu writes, and taking into account the absence of even attempts at least some kind of explanation from Russian officials, he expresses his own versions about the reasons for this situation.

First, it is the significance of such strikes. There is an opinion in Russian society that in this conflict, in principle, only pinpoint strikes are needed to force Ukraine to capitulate, and therefore bridges are not included in the list of “important” targets.

At the same time, the combat readiness of the Ukrainian troops depends entirely on 7 road and rail bridges across the Dnieper, and if this channel of the material and technical supply of the troops is interrupted, there can be no question of any "Ukrainian counteroffensive", especially its continuation.
Sohu points out.

Secondly, the plausibility of the opinion that Kyiv actively advertises in this regard and regularly, from the very first weeks of the NMD, is repeated by Western “experts” is involuntarily supported: that Russia simply does not have enough precision-guided munitions and even platforms to launch them. Despite the fact that since the beginning of the special operation, the Russian military has launched more than 3000 cruise missiles at Ukrainian military targets alone, and now they are actively continuing to do so, it is already difficult to take the West’s speech about their “virtually depleted” stocks to be taken seriously.

But the “complexity of the task” in relation to the “price of the issue”, according to Sohu, may well be the real reason:

To destroy the bridge, you need very powerful and fairly precision-guided munitions. The accuracy of the American HIMARS is about 1-2 meters, while the accuracy of the Russian missile is only about 5 meters. Therefore, to successfully destroy the bridge, the cost of a Russian strike will be high and will require the use of a larger number of modern missiles.
It should not be forgotten that even cruise missiles can damage only the surface of bridges, and experts emphasize that it is almost impossible to destroy their strong supports with such strikes. A good example is how long the Ukrainian army has been hitting the Antonovsky bridge from the air, but it is still standing and operating. Of course, Russia has some very impressive missiles, such as the Kinzhal hypersonic missile, but it is not designed to destroy bridges, but to break through well-defended underground structures or large surface ships.

Finally, Sohu named some “humanitarian” considerations as a factor not to bomb the bridges across the Dnieper. All the experience of modern military conflicts, up to the bombing of Yugoslavia and operations in Syria, clearly shows that modern infrastructure is a system that is then difficult to restore. Perhaps Russia believes that this infrastructure "will be useful to it in the future."

Thanks to Soviet engineers, Ukraine's infrastructure is so developed that now it can be completely destroyed, except perhaps with tactical nuclear weapons. Who dares to do such a thing? This is also a problem.
Sohu notes.
Reporterin Yandex News
Reporterin Yandex Zen
46 comments
Information
Dear reader, to leave comments on the publication, you must sign in.