The Far Eastern flank: the fake "coup in Beijing" and its prerequisites 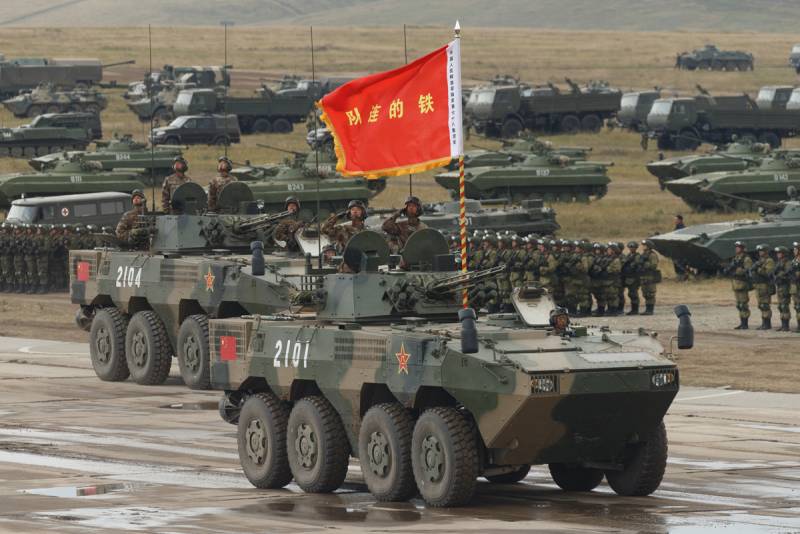 As V. I. Lenin used to say, the main problem with quotations from the Internet is that people too easily accept their authenticity on faith. Perhaps, this statement has never been more relevant than this year, and especially in the last few weeks.


Since the second decade of September, almost the entire volume of the Russian information space has been filled with large news from the Ukrainian front, both pleasant and (to put it mildly) not very good - and this is absolutely not surprising, given that the fate of the country is now being decided there. It is also not surprising that after the “Izyum regrouping”, the beginning of partial mobilization, and now also sabotage on the Crimean bridge, Russian society has entered an exalted state, similar to that of Ukrainian non-brothers, and reacts extremely sharply to any changes in the situation.

Therefore, one can only be glad that the “small victorious information war” with China that broke out in Western social networks on the last September weekend, due to the imposition of dates, passed by the majority of Russians.

"SHOCK! Head spinners have sold out the Chinese government!”

On September 21, a meeting of the Central Military Commission (a special party-state body separate from the Ministry of Defense that exercises “strategic” control of the entire PLA) was held, which was supposed to be attended by Xi Jinping. It is still not clear whether the Chinese President for some reason did not participate in the meeting, or the protocol photographers focused on other participants and Xi simply did not appear in the published pictures. But this, in general, is not so important.

It is important that by the evening of Friday, September 24, the fact of Xi’s “absence” at the meeting was discerned by one relatively popular English-speaking blogger of Chinese origin, who made a name for herself on publications of an “anti-communist” nature: about the oppression of the Uighurs, etc. “hot” topics from the Western guidelines for China. Apparently, on her Twitter (a social network banned in the Russian Federation), the first stuffing was made that Xi was allegedly overthrown on the 21st, de facto martial law was in the country, half of the flights were canceled, and a convoy of military equipment 80 km long (oh, those 80-kilometer military columns!).

Several more “sources” of the same undeniable quality as the first one picked up a fresh duck and threw it on their behalf with some additional “details”: they say that not only Xi was overthrown, but also the head of the State Council of the People’s Republic of China, Li Keqiang, or even the whole the top (literally, “everything in general”), flights are canceled not by half, but also by all. The main hero of the occasion was named General Li Jiaomin, head of the Northern Territorial Command.

Minimal resources were allocated for promotion in social networks: after all, such stuffing in the spirit of “obvious-incredible” is a common thing, and not every blogger has enough money to disperse everyone according to a commercial scheme. However, for some reason, the news about the "coup d'etat in China", as they say, "went" to the target audience and began to spread like an avalanche through reposts, acquiring more and more speculation. It was rumored that allegedly Chinese officials in their private correspondence exchanged the WtPiD cipher, meaning "Winnie the Pooh is dead" - that is, a hint that Xi Jingping was not even captured, but killed by "putschists". Naturally, the “secret cipher” immediately turned into a hashtag, which, among others, began to be used to further disperse the “sensation”.

The geographic and social composition of the high-flyers involved in it is not without interest. Noticing a sharp jump in search queries for the words “China”, “coup”, etc., “black advertisers” joined the case, using literally any popular trend to promote all sorts of dubious services: sweepstakes, cryptocurrency exchanges, and so on. These simply scribbled "Winnie the Pooh Died" and the rest of the tags that flew up to their ads, or their ads to the news of the "coup". For obvious reasons, the “overthrow of Xi” attracted considerable interest in India, which Western “partners” are actively trying to push into a squabble with China.

Well, where would we be without them? - Ukrainian “info-protectionists” took an active part in the dispersal, through the efforts of which “breaking news” from China got into the Russian-speaking segment of the Internet. Of course, they got it not just in translation into Russian, but with additions about the immediate severance of all ties with the Russian Federation by the “new government of China” and even the beginning of Chinese intervention, which was confirmed by footage of a convoy of Chinese military trucks from the joint exercises “Vostok-2022”. However, the Russians were not up to it: some were looking for what and where to buy equipment, others - how to quickly get out to Georgia or Kazakhstan.

The hysteria in Western social networks did not go unnoticed in China itself. Chinese users openly mocked the "white gentlemen" by posting homemade memes like "Biden is overthrown! A column of troops 80 miles long on the way to Washington!

After raging for a couple of days, by Monday morning the "coup d'état" came to naught: apparently, the beginning of the working week affected the target audience. As Chinese Internet analysts found out, in order to “overthrow” Xi Jinping without attracting the attention of orderlies, social networks needed only six initial stuffing. Unfortunately for many, this time it did not work out to influence the objective reality in this way, and Chairman Xi remained chairman. On October 8, a "red book" with his most important quotations of the past decade was published, timed to coincide with the 17th Congress of the CCP, which opens on October XNUMX.

What does all this nonsense have to do with Russia? The most direct. Given the objectively increased importance of Russian-Chinese relations with the beginning of the NWO, enemy propaganda regularly hits this sore spot, and from different sides. Throw-ins are made depending on the current context: if the expansion of economic cooperation is on the agenda, then we are talking about “Russian concessions to China”, if military-technical cooperation – “Moscow has lost all its weapons and is forced to buy Chinese”, reunification of the liberated territories with Russia – “China did not recognize the annexation of Ukrainian lands,” etc.

A separate item is any interaction between the PRC and Ukraine, which is invariably presented as a grandiose success. Kuleba stood next to Wang Yi on the sidelines of the UN General Assembly - sushi oars, now Ukraine is China's beloved wife. Another separate fad - countless masses of analytics in the key "and in Beijing they see that the Russian army is bogged down in the steppes of Ukraine, they see and draw conclusions." It is characteristic that a fair amount of such materials are of Russian origin.

In short, quite a lot of attention is paid to the Chinese aspect within the framework of the general line towards the demoralization of Russian society, the introduction of confidence in “losing the war”; against the background of our real failures at the front, this pressure, of course, intensified (especially from the thesis “China is disappointed”). And considering that many of our citizens have firmly sat down on the zrado-possible swing of the Ukrainian type and often perceive information uncritically, the news about the “coup d'état in Beijing”, if it came a little earlier or later, could spoil a lot of nerves: “we are surrounded, everything is gone!”

True, this particular canard was launched without any consideration for the Russian audience, but specifically for the Western audience, which is especially closely following the Chinese issue after Nancy Pelosi's epic visit to Taiwan and the alleged war almost started because of him. Although the very fact of a successful "flight" was presented in the Western media as a "defeat" of China, doubts about this are growing along with doubts about the adequacy of Biden himself and policy as a whole.

In fact, Taipei turned out to be the loser: for two months after the visit of the “white lady”, the island is in fact in economic and military blockade, the end-edge of which is not visible. The states, in turn, have sharply increased investments in the home production of microelectronics, including the relocation of Taiwanese factories from the island - which, quite rightly, is regarded by many as a prelude to the "drain" of another "ally".

With such introductions, the Chinese theme is used by all parties as an argument in the tense domestic political struggle in the United States - and this, in turn, gives a wide field of activity to various information gypsies who spud local politicized hysterics. At the same time, the lowest interests are pursued: views and a percentage of advertising.

Ultimately, this story is most interesting as a clear demonstration of what and how can be done in the exalted Western information field: in fact, anything and arbitrarily small forces. If only Russian politics would methodically grow and feed “their own” foreign-language bloggers-hypo-eaters in advance, as our enemies do, and use them in a real way ... Then very, very much could turn out differently than it turned out in reality, including during the Ukrainian conflict.
Reporterin Yandex News
Reporterin Yandex Zen
4 comments
Information
Dear reader, to leave comments on the publication, you must sign in.