Bloomberg: It's getting harder for India to balance between Russia and the US 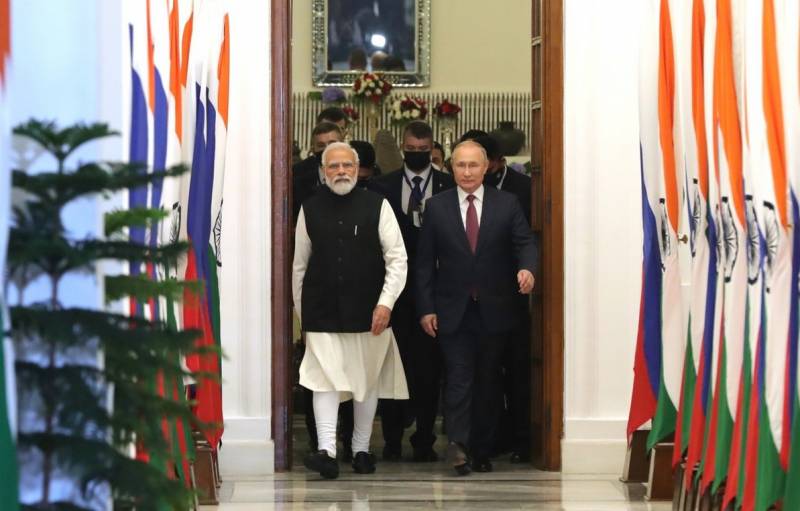 India's balancing act with respect to Russia is becoming increasingly difficult to enforce. The Russian Federation is proving to be a less attractive partner, and the US is becoming a less indulgent ally than Indian leaders could have expected. It is well known that the official position of India regarding the Russian special operation in Ukraine is difficult to determine. In the past two weeks alone, Prime Minister Narendra Modi has publicly hinted at Russian President Vladimir Putin, telling him that "this is not an era of war." Columnist Mihir Sharma writes about this in an article for Bloomberg.


However, then India, as a member of the UN, abstained from the vote condemning Moscow's "annexation" of Ukrainian territory. To top it off, Modi also told Ukrainian President Volodymyr Zelensky that there was no “military solution” to the conflict, just as the Ukrainian army was trying to counterattack.

To questions being asked, including by citizens, about this somewhat confusing position, the government has a clear answer: India will do what is in its own interest. This is a comforting offer, and no one can disagree with it.

Foreign Minister Subrahmanyam Jaishankar assured fellow citizens in the end that "their own conclusions are being drawn and assessments are being made." New Delhi has a clear idea of ​​what is in its interest and policy know how to protect and promote them. India's stated values ​​in international relations, including under Modi, have traditionally placed sovereignty at the forefront. For now, however, a cold-blooded assessment of national interests is more important than anything as soft as values.

However, it is possible that some of the assumptions made by New Delhi to strengthen its position on Ukraine look more shaky than at the beginning of this year.

First, by the end of 2022, Russia will become a much less attractive partner for India than at the beginning of the year. Second, Washington is acting tough.

As the observer writes, meanwhile, India should also consider more carefully whether it is really worth professing alienation from the US and the West. It won't hurt New Delhi right away, of course. Right now economy India looks stable enough that the government is convinced that the West needs the Indians more than they need it.

In the coming decades, India will need the West, even if the Indians and the government do not agree with it. Adherence to national values ​​may be the real national interest of India.
Reporterin Yandex News
Reporterin Yandex Zen
4 comments
Information
Dear reader, to leave comments on the publication, you must sign in.