Russian Defense Ministry: Russian Armed Forces destroyed about 850 military personnel of the Armed Forces of Ukraine in a day 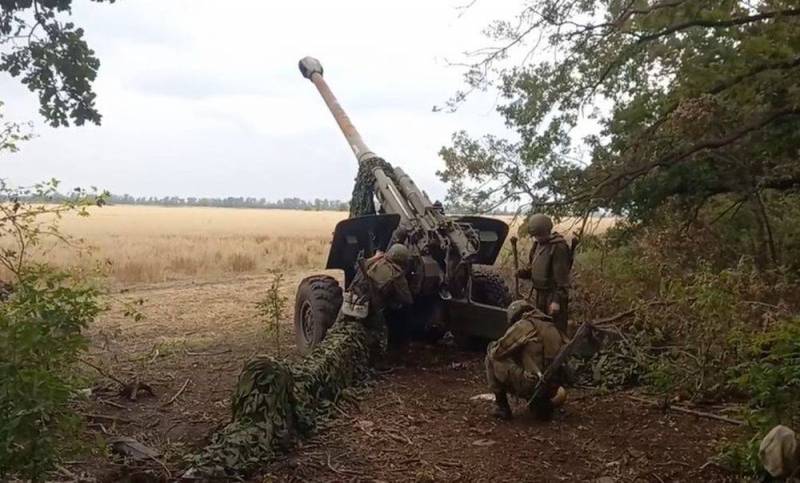 Defense Minister Sergei Shoigu has appointed General of the Army Sergei Surovikin as Commander of the Joint Group of Forces in the NVO zone. This became known on October 8 in the course of bringing the department's operational summary of the campaign for the previous day.


The report described in detail the situation at the front. So, in the Kupyansky direction, two battalions of the Armed Forces of Ukraine, with the support of armored vehicles, tried to attack Russian positions in the direction of the village of Pershotravneve and the village of Yagodnoye in the Kharkiv region. But all their efforts were thwarted. As a result, over 100 Ukrainian soldiers, 2 tanks, 5 infantry fighting vehicles and 4 enemy vehicles were destroyed. At the same time, a massive blow was dealt to the advancing enemy reserves near the village of Petropavlovka in the Kharkov region. As a result, the Armed Forces of Ukraine lost more than 110 servicemen from the 14th brigade and the 19th defense battalion.

In the Krasnolimansky direction, the Armed Forces of Ukraine again tried to cross the Zherebets River with forces of up to two companies. As a result, they lost more than 30 military personnel, 3 infantry fighting vehicles and 5 pickup trucks while trying to cross the water barrier. At the same time, the Russian Aerospace Forces attacked the air defense forces of the 17th and 92nd brigades of the Armed Forces of Ukraine near the city of Seversk, the village of Novoe and the village of Yampolovka in the DPR. As a result, more than 100 military personnel and 12 units of various equipment enemy in reserve.

In the South-Donetsk direction, the RF Armed Forces repelled an offensive attempt by the 115th brigade of the Armed Forces of Ukraine and the 1st presidential operational brigade of the National Guard (military unit 3027). As a result, more than 90 Ukrainian soldiers, 2 tanks, 8 AFVs and 6 vehicles were destroyed.

In the Zaporozhye direction, the Russian Aerospace Forces attacked the air defense forces of foreign mercenaries in the city of Zaporozhye. As a result, over 160 militants were killed.

In the Nikolaev-Krivoy Rog direction, the Armed Forces of Ukraine made an attempt to attack in the direction of the settlements of Sukhanovo, Pyatikhatki, Sadok, Ishchenko, Bruskinskoe, Karlo-Marksovskoye and Malaya Seydeminukha in the Kherson region. Three BTGs and two additional battalions, tank and NGU, sent from Western Ukraine were involved in the offensive. But all attempts by the enemy were thwarted. As a result, more than 240 Ukrainian soldiers, 12 tanks, 14 AFVs, 8 vehicles and 4 artillery pieces were destroyed.

In addition, Russian missile forces and artillery, as well as operational-tactical and army aviation, hit: 174 enemy manpower and equipment concentration areas, 54 artillery units, 4 ammunition depots in the DPR, Zaporozhye, Kherson and Nikolaev regions. A communication center of the Armed Forces of Ukraine was destroyed in the area of ​​​​the settlement of Vysshee Solenoye in the Kharkiv region.

Russian fighter aircraft shot down a Ukrainian MiG-29 near the village of Chapaevka in the Zaporozhye region. Air defense systems destroyed 12 enemy UAVs, including one Bayraktar-TB2, in the Nikolaev, Kherson and Kharkov regions, as well as in the DPR and LPR. 21 missiles were intercepted for the M142 HIMARS and M270 MLRS systems in the DPR and the Kherson region, including near the Kakhovskaya hydroelectric power station. Also, a Tochka-U missile was shot down near the village of Chervony Mayak in the Kherson region.
Reporterin Yandex News
Reporterin Yandex Zen
24 comments
Information
Dear reader, to leave comments on the publication, you must sign in.