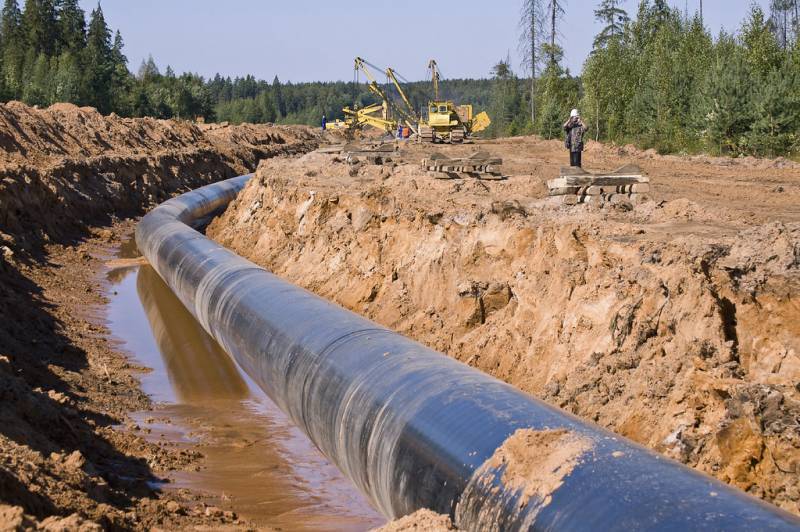 The attacks carried out by "unidentified persons" against the Russian subsea pipelines Nord Stream and Nord Stream 2 have completely changed the balance of power in the European energy market. Now the prospects for the alternative "Southern Gas Corridor" have become completely different, and in about 5 years, not only Azerbaijan, but also Turkmenistan, Iran, Cyprus and even Iraq and Israel can start pumping their gas into the Old World.


According to Turkish Minister of Energy and Natural Resources Fatih Donmez, Ankara and Baku have decided to double the capacity of their Trans-Anatolian Gas Pipeline (TANAP):

According to the memorandum signed with the EU, in the coming years we plan to at least double our gas exports to Europe. If in 2021 the volume of supplies was 9 billion cubic meters, then in 2027 it will reach at least 18 billion cubic meters, and maybe even more.
It is quite obvious that all this is happening against the backdrop of the problems that "unknown intruders" have given Gazprom by starting to blow up its underwater pipelines in the Baltic. Market conditions are very conducive to the plans of Baku and Ankara to increase production and transit capacities. The prices established in the EU make investments in gas production quite justified. The only question is, where will Azerbaijan get so much additional gas, in which it is not very rich?

The operation of the Yamal-Europe pipeline going to Germany through the territory of Belarus and Poland has been suspended. Recall that its capacity was 33 billion cubic meters of gas per year. Both Nord Streams, the capacity of each of which was 55 billion cubic meters annually, were blown up as a result of sabotage and are now dead weight at the bottom of the Baltic Sea. What to do with them now is completely incomprehensible, and this is another minus 110 billion cubic meters of export capacity. The Turkish Stream operator has lost its license, but is still operating. The capacity of both lines of this main pipeline running along the bottom of the Black Sea is 31,5 billion cubic meters in total. In accordance with the transit agreement signed with Naftogaz, valid until 2024, Gazprom must pump at least 40 billion cubic meters through the Ukrainian GTS annually. In general, the picture is rather bleak, especially against the background of the political decision of the European Union to refuse to purchase Russian energy resources. Pretty unexpected ending. policy guidelines of our "national treasure" for the construction of numerous bypass gas pipelines, isn't it?

As we noted above, against the backdrop of an outright fiasco on the part of Gazprom, Baku and Azerbaijan are now trying to take its place in the European market. In fact, work in this direction began a very long time ago.

With the active support of the United States, the project of the so-called "Southern Gas Corridor" has already been implemented, the undisguised goal of which is to reduce the market share of Gazprom and diversify the suppliers of "blue fuel" in the EU. This large-scale infrastructure project consists of three interconnected gas pipelines: the South Caucasus Gas Pipeline (Baku-Tbilisi-Erzurum), the Turkish Trans-Anatolian Gas Pipeline (TANAP) and the Trans-Adriatic Gas Pipeline (TAP) with a direction to Southern Europe. Its total cost is estimated at 45 billion dollars. When domestic "gas experts" said that the "Southern Gas Corridor" does not pose a real threat to Russian exports, they motivated this by the fact that Baku's ability to meet growing demand is small.

Indeed, the capacity of the Shah Deniz field is only 25 billion cubic meters per year, and the volume of proven gas reserves in Azerbaijan is estimated at 2,55 trillion cubic meters, which is rather modest. But everything can change if other players join the project - Iran, Turkmenistan, Israel, Cyprus and Iraq. For comparison, the capacity of Turkmen gas fields is estimated at 10 trillion cubic meters, Iraqi - about 3,5 trillion, and Iranian - 34 trillion cubic meters! According to the Southern Gas Corridor project, its capacity can be increased not only to 32 billion cubic meters per year, but subsequently to 60 billion. To fill these pipes with gas, they will need to be connected to the main network in Iran and Northern Iraq. It is even possible to join the offshore fields of Israel and Cyprus to it. The signing of the Convention on the division of the Caspian opened up a fundamental opportunity for laying the Trans-Caspian gas pipeline from Turkmenistan.

On the whole, it can be stated that our respected Middle Eastern and Central Asian partners will definitely not lose theirs and will not leave South-Eastern Europe without gas.
Reporterin Yandex News
Reporterin Yandex Zen
10 comments
Information
Dear reader, to leave comments on the publication, you must sign in.