Will Russia use tactical nuclear weapons in Ukraine: experts doubt 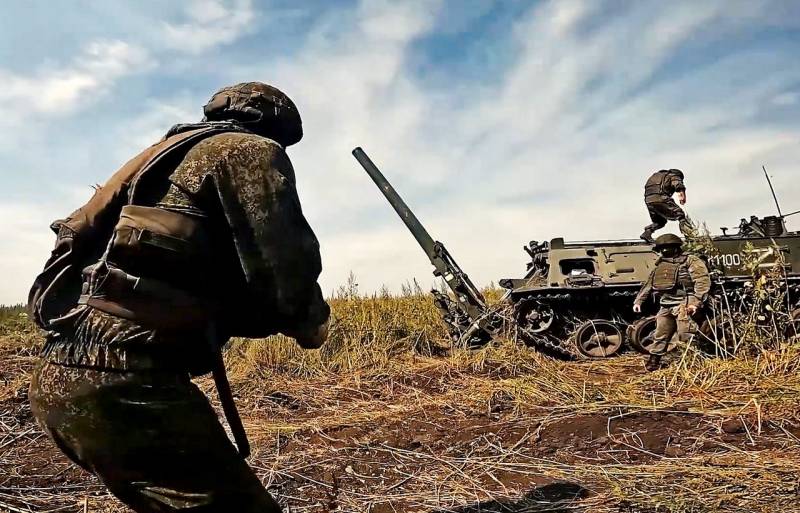 Recently, there has been a lot of talk in the media about the possible use of tactical nuclear weapons in the course of the JMD. Let's see what the Russian nuclear doctrine says about this and whether it makes any sense at all.

The West is actively promoting the topic of tactical nuclear weapons in the media to strengthen its authority and promote the system of liberal diktat
- says the official representative of the Foreign Ministry, Maria Zakharova.

Document "Fundamentals of the state policy of the Russian Federation in the field of nuclear deterrence" states that the nuclear doctrine of Russia provides only for the defensive use of nuclear weapons "in the event of a threat to the very existence of the state" and the decision on it is made by the supreme commander.

If we turn to the US nuclear doctrine, reflected in the Nuclear Posture Review, it turns out that America has reserved the ability to use nuclear weapons at any moment. The diplomat Andrei Belousov spoke about this recently. In particular, the US doctrine provides for "the possibility of using nuclear weapons in response to an attack using non-nuclear means of attack."

Tactical nuclear weapons and the feasibility of their use

Tactical nuclear weapons are designed to hit targets directly at the front and in the immediate rear, so its power in TNT equivalent does not exceed only a few kilotons. It can exist not only in the form of rockets and shells, but also other ammunition, for example, air bombs.

In Russia, the main carriers of tactical nuclear warheads are the Tu-22M3, Tu-160 and Tu-95MS aircraft. The first, by the way, are already working on the enemy with conventional bombs and missiles. There are nuclear shells for artillery systems such as the Msta-S, Hyacinth, Malka, and even for the Tulip heavy barreled mortar. Their ammunition does not cause significant harm to the environment, so you don’t have to worry about radioactive contamination of the area. In most cases, no one will even notice that the ammunition was nuclear due to its low yield. In general, the general trend of modern nuclear weapons is a reduction in mass and power in exchange for an increase in strike accuracy.

But even if we take such a powerful system as the Iskander-M ground-based operational-tactical complex with a 50-kiloton nuclear warhead as a unit of tactical nuclear weapons, this is what happens.

The density of troops of the Armed Forces of Ukraine per one kilometer of the front line is up to 300 people. At the same time, it is important to understand that the soldiers of the forward units, as a rule, are not in an open field. They are protected by trenches, dugouts, combat technique. It has long been proven that the hulls of armored vehicles and tanks even delay gamma rays.

Considering the number and density of the enemy troops, we get that the detonation of a tactical nuclear charge must be carried out at an altitude of 350 meters or more, otherwise the radius of destruction will be too small. But even at the minimum height for detonation, the fireball from the explosion will not reach the ground, and the radius of heavy damage to manpower by the blast wave will not even reach 900 meters. Hope only for deadly gamma radiation, which will spread almost 4 kilometers along the front. What will be the losses of the enemy?

The results are mixed. It seems that we have covered 4 kilometers, but a maximum of 700 people will die, and this is only 1% of the total number of those killed during the NWO by the Kyiv regime. The same losses on the side of the Armed Forces of Ukraine can be achieved by conventional cannon and rocket artillery in a relatively short time if it works around the clock and relies on the most accurate intelligence data. And from our calculations, it turns out that for the entire NMD it would take about a hundred tactical nuclear strikes to inflict the same damage on the enemy as from conventional weapons. This is confirmed by the information reports of the Ministry of Defense. It turns out that the game is not worth the candle, ammunition will cost more, but the effect is the same. Only international resonance in the load.

Most soldiers, even in the simplest trench, will survive after a nuclear explosion. About the same way, some residents of Hiroshima and Nagasaki survived, who managed to hide in the basements of houses. And military equipment is even less vulnerable to tactical nuclear weapons. Here is a historical example. In 1953, the British tested their new Centurion tank at that time, blowing up a charge of 320 kilotons 10 meters from it. They put dummies with radiation sensors in the car, started the engine and left it running.

The tank was not even overturned by the blast wave. The engine continued to run until it ran out of fuel. Only the hatch covers were torn off, which caused the mannequins and the inside of the tank to be “sandblasted” by a stream of grains of sand caught up in the atomic flame. Three days later, living soldiers were put into the tank (without decontamination!) It left the training ground under its own power, and only after that the engine broke down, “swallowing” dust. After another 16 years, the same tank went to the Vietnam War and even survived it.

Will a global nuclear war start?

The Russian nuclear doctrine in reality does not provide for the use of tactical nuclear weapons to stop the escalation of the conflict, as they write about it in the Western media. The threat of the use of nuclear weapons by Russia is just a myth generated by the poor awareness of foreign journalists. On the other hand, fears and doubts in unfriendly countries play into Russia's hands: NATO is unlikely to decide on an open conflict when such sentiments prevail in Western society. And the longer they persist, the less likely we are to see nuclear weapons in action.

Aleksey Arbatov, head of the Center for International Security at IMEMO RAS, referred to the basic principles of nuclear deterrence and said that Russia's use of nuclear weapons would depend on how Ukraine's attack on new territories that had recently become part of the Russian Federation would be considered. According to him, a serious, inevitable threat to our statehood is needed for the situation to reach the point of using nuclear weapons. So far, this has not been observed.

Director of the Center for Military-Political Studies, political scientist Alexei Podberezkin believes that the United States is deliberately provoking Russia to use nuclear weapons.

The United States is quite satisfied if, as a result of nuclear provocations, Russia and Europe are destroyed or severely affected. Days of them is an acceptable alignment
concluded the political scientist.

Thus, there are no prerequisites for the use of nuclear weapons by Russia. There are neither conditions that would incline us to inevitable surrender, nor a threat to our statehood. So for now, for people who are not mobilized to participate in the NWO, it is enough to focus on their own affairs and read less News: the psyche will be more whole.
Reporterin Yandex News
Reporterin Yandex Zen
20 comments
Information
Dear reader, to leave comments on the publication, you must sign in.