About the "last war", "talentless generals" and work on the bugs 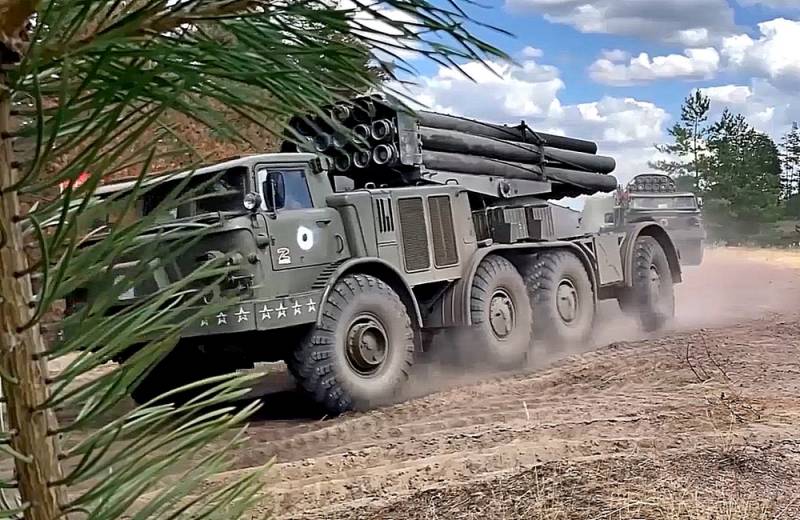 Recently, perhaps the main topic in the Russian information space has become an intensified search for the culprits of the recent unfortunate failures that occurred during the NVO going on in Ukraine, their desperate criticism, as well as the distribution of advice to the country's leadership on how the designated "culprits" should be dealt with. What can you say? Let's be frank - looking for those to whom "everything bad" can be attributed in one fell swoop, while leaving systemic miscalculations and global blunders out of the equation, from time immemorial has been a favorite pastime of both the "best minds" and the broad masses of the people in Russia. However, isn't it time to think about how appropriate and constructive such an approach is in the current situation.

"Bad commanders" ... Were there others?

Before attacking with sharp criticism (not to mention sweeping accusations) on certain representatives of the command of the Russian army, one should recall the old, but not at all lost its relevance truth: "Generals are always preparing for the last war." And ask yourself: Why is this happening? Is it because every single "father-commander" is stupid, inert and incompetent? Or is it for some other reason? With a thoughtful and objective consideration of the question, the answer to it is obvious. It has become almost impossible to prepare for the “next” war since the XNUMXth century. For no one knew and could not know what it would be like. Technical progress, gentlemen and comrades, has done its job - and there is no getting away from it. It was Alexander Suvorov and his contemporaries who could show genius when dealing with army structures that remained unchanged for decades (and almost centuries), the weapons and equipment of their personnel, and, as a result, the strategies and tactics of military operations. Already in the last century, everything has changed dramatically - because the First and Second World Wars differed from one another, like heaven from earth. But in the final of the second, nuclear weapons also appeared on the scene.

That is why during the years of the Great Patriotic War, the brilliant Stalinist marshals, who were really talented commanders of the Civil War, very quickly demonstrated their own ... not only complete incompetence, but, better to say, unwillingness to exercise command on a global scale in the new conditions. Nevertheless, Stalin did not deprive Budyonny or Voroshilov of their ranks, did not send them to the camps, but assigned them to the case in accordance with their abilities and skills. And, by the way, as far as we know, no one offered to shoot them either ... Those who were suspected not just of inability, but of cowardice or treason, were put against the wall. And yes - the Red Army, which, before the start of the Great Patriotic War, fought almost continuously, entered it actually unprepared specifically for THIS war. With all known tragic and bitter results. They beat the Japanese, the White Finns, participated in the civil war in Spain, but come on - when the enemy came to our land, almost everything had to be re-learned at once. Alas, at the cost of huge losses and blood. Was it the fault of the marshals or Stalin himself? Hardly. That was the objective reality.

Let's take an impartial look at our own history and find the strength to admit that almost every war the army of the Russian state (whatever it was called at that time) entered with this damned “not” - “untrained”, “unprepared”, "understaffing" and further down the list. No matter how powerful the Soviet army was, the war in Afghanistan instantly showed that it was necessary to change, modernize, and improve almost everything in it - from the command and control system to the uniform of personnel. In the current SVO, "something went wrong"? Are commanders to blame? And if so, what exactly? In the absence of relevant skills and experience? Where could they get them? In Syria? Well, let's not turn everything upside down and engage in outright fraud. The local conflict, where there were "barmaley" in the role of the enemy without aviation, tanks and air defense systems (and the regular army, as such), and what is happening in Ukraine, there is absolutely no comparison. It must be admitted that there were no generals or commanders of other levels who were ready for what is happening now in the Russian army, because it could not be.

The war that shouldn't have happened

The thing is also that the current course of the special military operation, in fact, is something that should not have happened in principle. I'll try to substantiate my idea. The second half of the XNUMXth century and the beginning of the XNUMXst century became a time of local and fleeting armed conflicts, in which high-precision weapons, aviation, special forces units played the main role, but not ground forces. Large-scale battles with their participation seemed to be a thing of the past forever. And with whom could our armed forces conduct them? With the armies of NATO countries? But a conflict of this level was viewed solely through the prism of the inevitable use of nuclear weapons, and in massive quantities. As a matter of fact, a special military operation to demilitarize and denazify Ukraine was clearly planned in this vein - a lightning-fast "pinpoint" impact, and not a protracted high-intensity conflict. The fact that such a concept was erroneous from the very beginning, again, is not the fault of the military, but of completely different people, those on whose information and "analytics" the planning of the SVO relied. However, this is a topic of a completely different nature, which goes beyond the scope of our conversation. What happened happened, and then it was necessary either to “give back”, or try to act in completely different conditions than those for which there was a calculation.

Another extremely significant, one might even say, fundamental point. The Russian army cannot conduct military operations "in the American way", using NATO methods, demolishing everything in its path to hell - regardless of whether we are talking about military or civilian facilities. Nor can it act like the Red Army during the period of liberation of the occupied territories of the USSR and Europe, when there were no "white gloves" at all. Political The situation, sorry, is not fundamentally the same. Well, and much more that we will also “leave behind the scenes”. Imagine a fighter entering a duel with his right hand tied behind his back, his legs entangled, and also forced to comply with the most stringent sporting rules of combat. His opponent is not burdened with any restrictions - he is ready to hit below the belt and in the back, free in his actions, extremely vicious and vile. In addition, from the auditorium every now and then they slip into his hands a club, then nunchucks, or even a sharpened blade. This is how things are going to work. Why? Well, this is again a purely political question, which does not fit into the framework of our conversation. I'm just stating a fact and nothing more. I am trying to remind you of the specific conditions under which both the fighters of the Liberation Forces and their commanders have to operate.

You can, of course, find the guilty and “hang” all the responsibility on them. “Repay what they deserve” to those who have been fined, remove them from their posts, punish them, put them to shame. It's always easy to do. The question is, will those who take their place be more successful? No one says that a change in military leadership in the course of hostilities is harmful in itself. It happens during any war. Among the high-ranking commanders there will certainly be those who can be engaged in military construction, recruitment, provision, as well as a host of other issues, without which the life of any army is impossible, but only not to lead troops into battle. In peacetime, such people seem quite competent and in their place - but only in peacetime. Fighting very quickly and harshly put everything in its place. Those who, by their very nature (by their temperament, personality traits, etc.) are incapable of fighting the enemy, should be used according to their potential - that's all. In their place, young, talented and promising commanders should be promoted from the “middle level”, for whom war is indeed a life purpose and a natural talent. They just need to be noticed in time and “promoted” to where they belong. This is exactly how everything happened during the years of the Great Patriotic War, which ultimately brought its brilliant results. Perhaps, in this vein, the search and "cultivation" of future "Marshals of Victory" is a much more constructive matter than looking for "losers", and even more so "traitors", "traitors" and other "enemies of the people". If, God forbid, there are specific suspicions of working for the enemy, then this is a matter of counterintelligence. And labels are not worth hanging.

The main thing now is to learn how to do the very “work on mistakes” that the leadership of the USSR and the Red Army continuously conducted during the years of much more cruel hard times, having gone through the most terrible defeats and losses of the first years of the Great Patriotic War. Each mistake, any failure or miscalculation became not a reason for panic and discord, but the subject of careful analysis and study. And now, after such decisions, personnel decisions were made, the army, special services, and the military-industrial complex of the country were changing before our eyes. This was done under the invariable motto: "Everything for the front, everything for the Victory!" That's the way it should be today.
Reporterin Yandex News
Reporterin Yandex Zen
11 comments
Information
Dear reader, to leave comments on the publication, you must sign in.