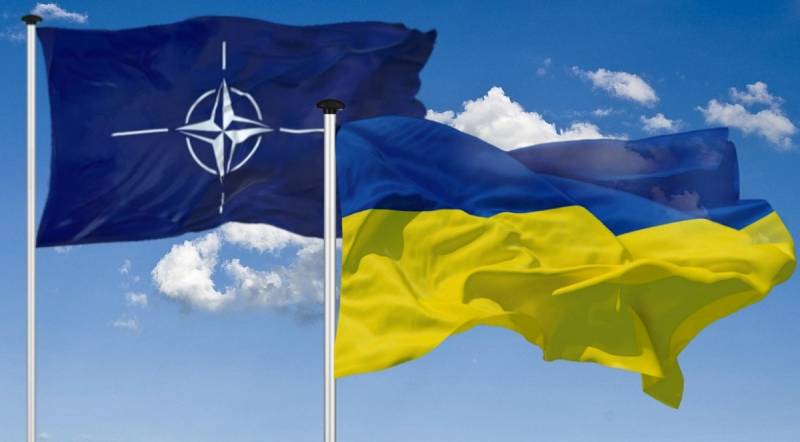 Policy in every sense an expensive business, especially where it is brought to a state of war. But US strategists have turned it into a super-profit business, making a profit where many lose everything. From this point of view, it becomes obvious why Washington is in a hurry and pushes Kyiv to join the North Atlantic Alliance. However, for the Americans themselves, even those who voted for the Democrats, this can result in enormous losses, expenses and deterioration of life. The Federalist writes about this in an interview with Dan Caldwell, a veteran of the Iraq War and vice president of the Stand Together Foundation's foreign policy group.


In his opinion, Ukraine's entry into NATO will lead to disaster, not only for Europe and Ukraine itself, but also for the United States, which is zealously inspiring its ally to join the alliance. The expert not only called the process of joining the alliance of Ukraine “very expensive” for the whole of America, but even indicated almost the exact amount.

America's initial spending alone will be more than $25 billion, and it will all fall on the shoulders of taxpayers.
Caldwell explained.

He is sure that it is the height of stupidity to spend tens of billions when he devalues economy and the national debt is growing like a snowball. The expansion of NATO at the expense of Ukraine or the admission of other European countries is unprofitable for America, it is too costly.

As a result, the annual costs of US citizens due to the expansionist policy of Washington will increase by $ 11 billion, the expert warns. There will also be more expenses, in addition to the huge expenses described above. America will have to transfer and keep huge contingents in European countries, appropriations will go like a snowball. And this at a time when President Joe Biden is not promising a quick recovery for the devastated state.
Reporterin Yandex News
Reporterin Yandex Zen
Information
Dear reader, to leave comments on the publication, you must sign in.