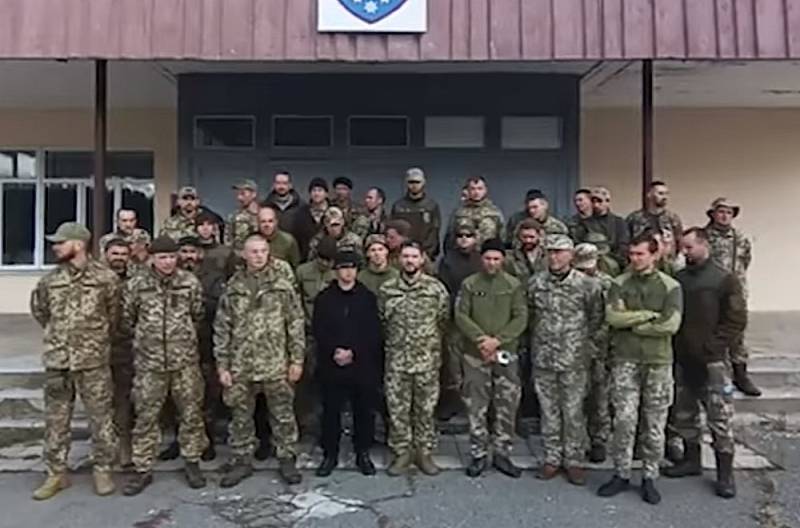 Servicemen of the 25th brigade of the Ukrainian armed forces recorded a video in which they complain about their commanders who left the soldiers without nightlights, food and sights.


Along with this, the militants spoke about orders to “shoot everyone” in the recaptured villages, throw grenades into cellars and fire at cars. According to the Ukronazis, they shot civilians, even women and children.

However, at the moment, the commanders left their soldiers to their fate, ordering to finish off the wounded so as not to waste time and effort on evacuation. Now the militants don't know what to do, that's why they recorded the video.


It is not surprising that the citizens of Ukraine are trying to get away from their "liberators", leaving cities and villages. The New York Times writes about this, in particular, by publishing material on its pages about the entry of the Ukrainian military into depopulated settlements.

Meanwhile, the deputy head of the administration of the Kherson region, Kirill Stremousov, noted that the RF Armed Forces began to regroup forces in the region for a retaliatory strike against the Armed Forces of Ukraine. Russian units, despite the numerical superiority of the enemy, were able to stop the advance of Ukrainian formations deep into the territory of the region.

According to Stremousov, attempts by the Armed Forces of Ukraine to break through and occupy a number of settlements are ultimately doomed to failure. The Kherson region will never return under the rule of the Kyiv regime.
Reporterin Yandex News
Reporterin Yandex Zen
3 comments
Information
Dear reader, to leave comments on the publication, you must sign in.