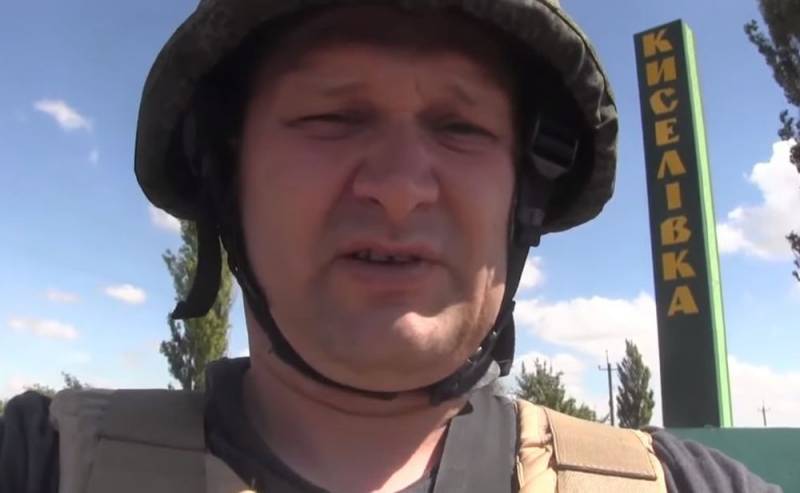 Over the past few days, there has been an increased activity of Ukrainian troops in the Nikolaev-Krivoy Rog direction. The Armed Forces of Ukraine managed to break into the defense of the Russian army in some places, forcing it to retreat to new lines. On October 4, military commander Roman Saponkov drew his attention to this, who in his Telegram channel described in detail the reasons for the retreat of the RF Armed Forces in some sectors of the front on the Right Bank.

For reasons of retreat near Kherson. Almost all of my familiar units got in touch, the losses are small. The men fought like lions, but this time the battle luck turned away
- said a military journalist.

In his opinion, there are several factors that influenced what happened. Chief among them is the lack of rotation. For example, units of the 126th brigade of the Black Sea Fleet have been participating in battles since March. During this time, at best, the servicemen managed to go on vacation for 5 days, which is absolutely not enough. For 7 months of incessant fighting, a large number of fighters dropped out of action for various reasons. People need rest, and units need replenishment. It was this formation that seriously thinned out the 128th brigade of the Armed Forces of Ukraine, after which mourning was declared in Transcarpathia. The Ukrainian command then quickly withdrew its brigade from the combat zone, gave the personnel an opportunity to rest and replenished its reserves (people and technique). It was after this that the 128th brigade of the Armed Forces of Ukraine with fresh forces fell on the positions of the Russians.

Miracles do not happen, no matter how heroes our warriors are, if the village is defended by 15 people, and the enemy has been hammering units with attacks and shelling for 7 months in a row, then sooner or later the unit will lose its combat effectiveness
He explained.

Saponkov clarified that, judging by the nature of the losses, the enemy used the tactics of wedging between strongholds of the RF Armed Forces. In the context of a large shortage of infantry, the Russian military was divided into "oporniks". The enemy spent months probing the defenses of our troops, looking for places where they could "leak". After that, the Armed Forces of Ukraine sent mobile units to break through. Considering that the orders of our troops were heavily discharged, there was either no mobile reserve to stop the breakthrough or it was not enough. Holding the "oporniks" turned out to be pointless, as they were bypassed and they ended up behind enemy lines. The fighters had to fight surrounded and break through to their own. Moreover, the Armed Forces of Ukraine attacked with small forces, which allowed the majority of our servicemen to go to their own. Artillery was practically not used, because due to bad weather the drones could not work, and it was pointless to shoot without adjustment.

That is, it is logical to assume that if we had a certain number of BTGs equipped with heavy copters capable of seeing several kilometers, the breakthrough would have been stopped. But I have no data that the tankers fought to the last, I apologize if so
- he added.

The military commissar also pointed out that, according to Russian fighters, the enemy used our identification symbols (quick identification signs) on equipment during the breakthrough, which caused confusion in the first hours, after which the front collapsed in this area. He suggested that the Armed Forces of Ukraine already have an American network-centric combat control system, when all units, up to and including the company, are tied into a net and marked on monitors as their own. Therefore, the Ukrainian military may not care what symbols are applied to the equipment.

If so, then this is very bad, because this is a qualitatively new level of command and control. And our retreat is a consequence of the loss of the equation
He summed up.
Reporterin Yandex News
Reporterin Yandex Zen
24 comments
Information
Dear reader, to leave comments on the publication, you must sign in.