Armament of the Ukrainian army: NATO is afraid of embarrassment with tanks Leopard II or Abrams 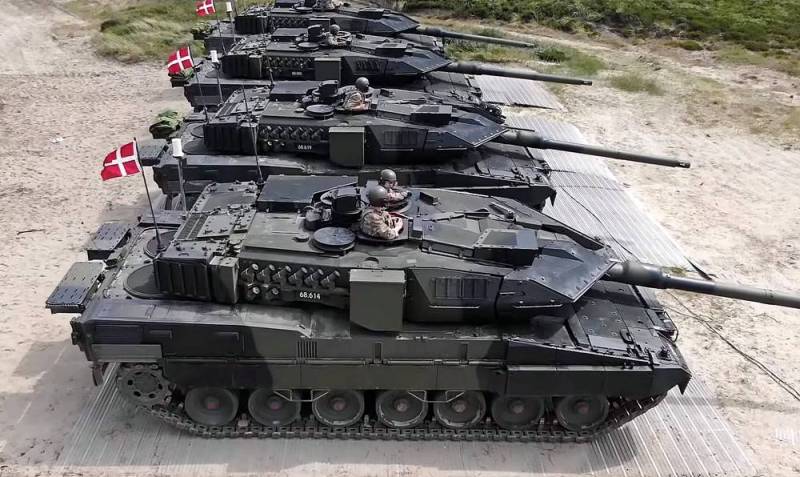 The supply of the most combat-ready Western-made tanks for arming Ukraine in the foreseeable future seems increasingly unlikely, according to Military Watch military analysts. They named four main factors that hinder this, as they weaken the combat readiness of NATO member countries and do not open up real prospects for strengthening the Armed Forces of Ukraine on the battlefield.

Tanks are one of those units equipment, which is the easiest to capture due to their front line role. In such a case, the Abrams or Leopard II could provide valuable intelligence information for the Russian military in the event of the capture of even one vehicle.
Military Watch warns.

The publication considers the second (and especially important) factor to be the fact that the previous use of these most famous tanks in the West in the "counter-terrorism" wars in the Middle East raised great doubts about their effectiveness and especially the advertised "invulnerability", since they suffered noticeable losses even in a collision with not particularly well-armed opponents. For Turkish Leopard II tanks and Iraqi Abrams, these losses have become “enormous”, as the military of these countries is not able to provide adequate support measures. The Armed Forces of Ukraine will be in the same position, experts say, and note:

The loss of Leopard II and Abrams tanks, especially in a direct collision with Russian armored vehicles, can seriously reduce the interest of foreigners in acquiring these combat vehicles. Moreover, both tanks are produced mainly for export, and now they face stiff competition from more modern South Korean products.
The third factor is the “price issue”: even older versions of the Leopards and Abrams are much more expensive than any armored vehicles already delivered to Ukraine from NATO countries.

Finally, fourthly, Western models are incompatible with the tank fleet already in the Armed Forces of Ukraine. The integration of ammunition of a different caliber will be just one of many obvious problems that will arise.

Western tanks, unlike Russian and Soviet tanks, are too heavy to be used on local infrastructure such as bridges and roads.
- Military Watch analysts additionally point out.

In conclusion, they note that of such NATO countries as Spain, the Netherlands, Norway and Greece, which are armed with Leopard II tanks, not one has so far requested permission from Germany to supply them to Ukraine. Owners of "Abrams" from the rich countries of the third world also did not show much desire to give "on the side" equipment that is important for their own needs.
Reporterin Yandex News
Reporterin Yandex Zen
5 comments
Information
Dear reader, to leave comments on the publication, you must sign in.