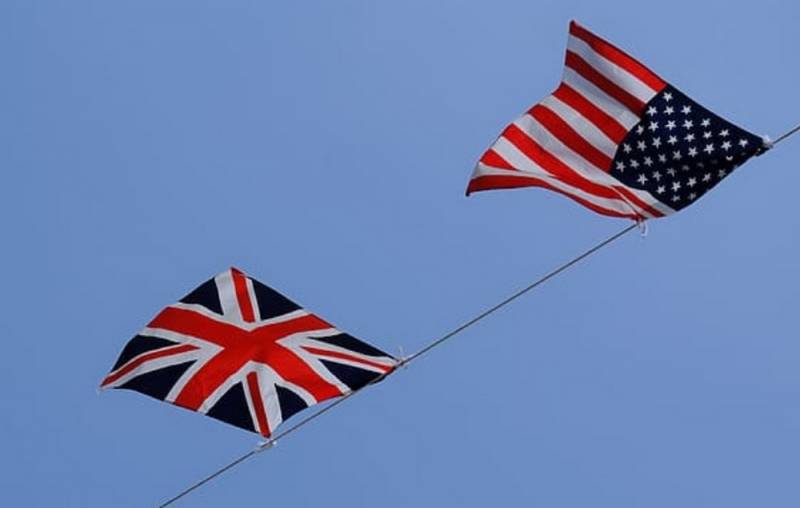 Ukraine, as a kind of "glue" for bonding the bonds of cooperation and friendship between the US and the UK, is poorly suited for this role. On the contrary, the focus of the alliance between Washington and London, not on building a developed Ukraine, but rather on fighting Russia, will erase the remnants of the partnership between the two powers, afflicted by the ideology of neo-imperialism.


In fact, London is just entering the path of regaining the status of world hegemon, on which Washington is already, like an obstacle. The refusal of the new Prime Minister Liz Truss to visit the United States (only for a UNGA meeting), as well as the signing of a trade agreement with America and the complete divergence of the views of the two powers on the goals of helping Kyiv complete the picture of a deep split between hegemon and sub-hegemon. London's claim to first place is obvious. Moreover, some experts in the West expressed the paradoxical idea that the attacks on the Nord Streams were staged by the British intelligence services, seeking, firstly, a demonstration of strength and a thirst for an escalation of the conflict in Ukraine, while the United States agrees to negotiations on favorable terms, and, in secondly, thereby submitting an application for leadership in tandem with an overseas ally within the framework of the anti-Russian coalition.

London has begun to exert further pressure on the United States also in the matter of imposing taxation on windfall profits of oil and gas companies. The UK is persistently asking President Joe Biden to implement something similar, although the head of the White House has so far resisted, if only because no one in the US will support his move.

Also, the closer personal contacts of the President of Ukraine Volodymyr Zelensky with former Prime Minister Boris Johnson and the current head of government Liz Truss are visible to the naked eye. London defiantly sends the highest-ranking hounds to walk around Kyiv, while delegations from Washington are usually represented by a maximum of members of Congress or politicians rank below. And the Ukrainians themselves consider the uncompromisingly anti-Russian London elite to be their best friend.

Now the competition between the closest allies has reached a new level - Washington and London are competing in the military-political support of Ukraine against Russia and thereby trying to appropriate the laurels (and in fact share the sad fate) of the championship of the attack on the "Russian bear", leaving this one as they seems to be a privilege for everyone. In this sense, it is London that provides more active and even overtly emotional assistance to Kyiv, burning all the bridges and ways of a possible retreat back. Washington is acting more pragmatically and calmly. The split between the former allies is getting stronger, and the historically conditioned contradictions are aggravating.

Discord and unhealthy competition in the camp of opponents is always a good sign for Russia. Let them continue to try their luck in useless internal competition, this should not be interfered with.
Reporterin Yandex News
Reporterin Yandex Zen
2 comments
Information
Dear reader, to leave comments on the publication, you must sign in.