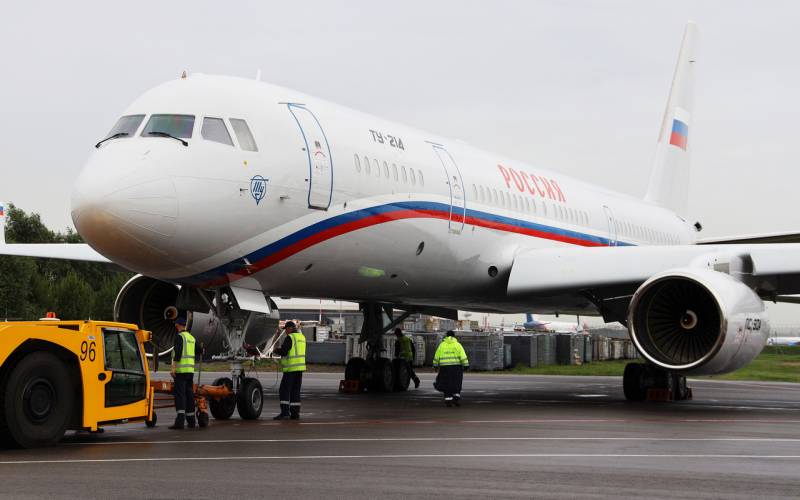 In early September, the United Aircraft Corporation signed a preliminary agreement to supply Aeroflot with 339 aircraft until 2030. We are talking about 210 of the latest MS-21s, 89 "Superjets" in the localized version of New and 40 actually already veterans of the Tu-214. And here the question arises: why does this agreement provide for the supply of two aircraft of the same class at once: Tu-214 and MS-21 (hereinafter we are talking about the MS-21-310 version), because both of them are medium-haul narrow-body airliners, to also virtually identical in terms of passenger capacity. In a two-class layout, the MS-21 carries 163, and Tu-214 - 170 passengers, and in a single-class layout, respectively, 211 and 210 passengers. It would seem more logical to combine the order in favor of the MS-21 alone, producing an additional number of them.


At first glance, the answer to the question why the Tu-214 nevertheless entered the contract is obvious: the first serial MS-21s will start regular flights only in 2025, while the Tu-214 is already being produced and operated. That is, over the next three years, while the MS-21 is being mastered in the series, it is reasonable to throw all the forces into the production of the Tu-214, and then curtail its production in favor of the maximum serial production of the MS-21. In fact, such a development of events, alas, is impossible.

The fact is that the Kazan Aviation Plant annually produces only two or three Tu-214s. And this is the best! For example, in 2021, only one such aircraft was made at all. Probably, at the current production facilities, it is possible to accelerate the production rate to four or five aircraft per year, and even with a minimum of financial investment, solve the problem of reaching the annual production of ten aircraft by 2026, as officials from the aviation industry say. But, apparently, this is the limit, primarily due to the production capabilities of the enterprise. This means that in order to deploy a larger production of Tu-214, which, by the way, the leadership of Tatarstan advocates, it takes, firstly, a significant amount of time, and secondly, large investments. But are they justified if, at about the same time, a large-scale production of a more modern and efficient airliner of a similar class, that is, the MS-21, is launched? 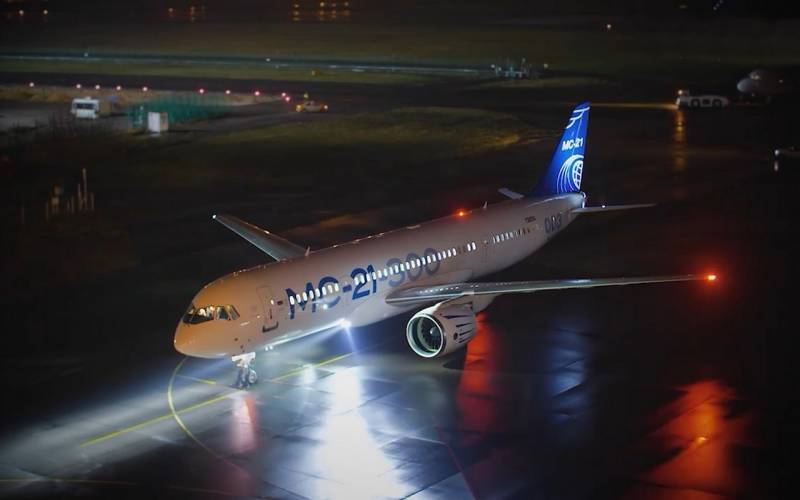 Of course, the Tu-214 is an aircraft that has really been tested, worked out and localized as much as possible, but still living out its life. With a similar passenger capacity, the MS-21 has, for example, more economical engines and a much lower takeoff weight: 79 against 110 tons. Its crew consists of two, not three people. By itself, the MS-21, due to the widespread use of composites, weighs significantly less, each of its engines is lighter by a whole ton! That is, at first glance, the Tu-214 has no chance against the more modern MS-21, which means that with the start of production of the latter, this aircraft should leave. Nevertheless, the Tu-214 will have to be left in the production program for the coming years. Because it surpasses the MS-21 in flight range.

At first glance, according to this indicator, there are no special differences between the two machines. According to data on the official website of the UAC, the MS-21 has a flight range of 6000 km, and the Tu-214, according to the official website of PJSC Tupolev, has a range of 6500 km. It seems that the difference is not so great. But what distance are we talking about? For the MS-21, the maximum is indicated, and for the Tu-214 - practical, which, unlike the maximum, is measured with a payload, taking into account fuel consumption for checking engines, for taxiing before takeoff and after landing, for landing maneuvers. That is, 6500 km for the Tu-214 is actually the maximum transportation shoulder. Moreover, in the full capacity version, while for the MS-21 this parameter is indicated for a two-class layout, when there are fifty people less in the cabin. And what is his practical range? I have been looking for this data for a long time and was surprised to find that they are simply not in relatively fresh materials! And there is only in fairly old publications, when the MS-21 was just getting on the wing. These data are seriously different: somewhere the practical range is 4500 km, somewhere - 5000 km. But still, the difference in favor of the Tu-214 is very significant.

It turns out that the MS-21 is a classic medium-range airliner, and the TU-214 is a long-haul airliner, which takes 15 tons more fuel for a reason. The main value of the Tu-214 for Aeroflot lies in the increased flight range. Because this aircraft can be put on a flight, say, Moscow - Khabarovsk, but the MS-21 cannot. There are many such routes in the country that are available for the first and inaccessible for the second, and there is no other suitable domestic airliner for them. Here Aeroflot replenishes its Tu-214 fleet.

But does this mean that it is necessary to invest in the production of the Tu-214, transforming it from piece to serial? Here I can only express my point of view. Yes, so far this aircraft is indispensable on a number of domestic and foreign routes. But he is far from young: the first flight of the Tu-214 took place more than a quarter of a century ago, in the spring of 1996. And the Tu-204, on the basis of which it was developed, first took to the air and did at the beginning of 1989! That is, this aircraft, in fact, is living its life. Of course, you can invest and carry out its comprehensive modernization, say, using the creation of the Tu-204SM. But is it worth it? All the same, there is no more progressive domestic engine with higher efficiency and resource for this aircraft now and is not expected. And if so, then in terms of operating costs, he cannot keep up with more modern liners. Hanging a modern PD-214 under the wing of the Tu-14 will not work - it has much less thrust. In addition, over the past quarter century, materials science has stepped far ahead: lighter and stronger materials have appeared, and composites have found wide application in airframe design. Thus, no matter how much you modernize the Tu-214, neither in terms of efficiency nor in terms of mass will it be able to compete on equal terms with more modern liners. Thus, this aircraft is only relevant as a temporary solution to close the gap in long-haul vehicles.

Temporary - this is until the United Aircraft Corporation has a new modern long-haul airliner. Here, for the creation and implementation of such an airliner, in the design of which it is possible to use both the developments under the MS-21 project and the PD-35 engine being created now, and it is necessary to direct the main efforts and maximum resources.
Reporterin Yandex News
Reporterin Yandex Zen
20 comments
Information
Dear reader, to leave comments on the publication, you must sign in.