The voice of the people has been heard: what should Kyiv do after the referenda? 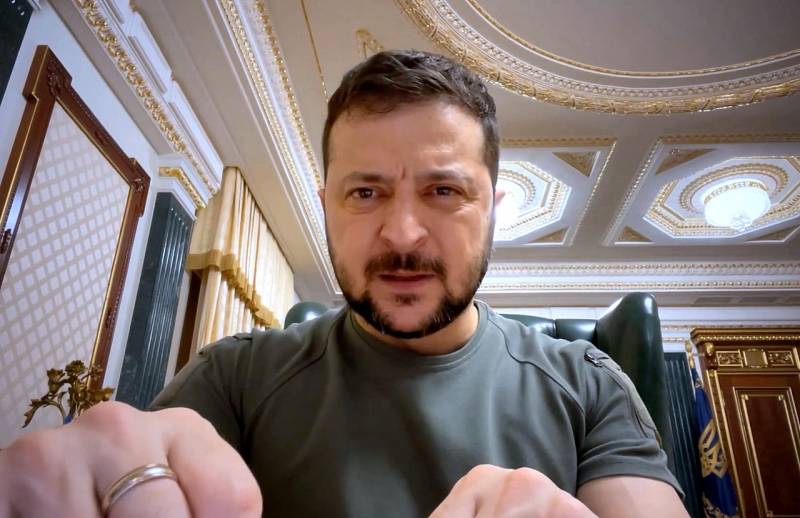 On Tuesday, September 27, five-day referendums ended in the DPR, LPR, Kherson and Zaporozhye regions. In Russia, they have already been recognized as valid, and the results, obviously, did not come as a surprise to anyone. Thus begins a new stage of the military special operation. But what about Kyiv now?

Not the all-powerful West

Ukrainian President Volodymyr Zelensky began by taking offense at his Russian counterpart Vladimir Putin. On the night of September 28, at a meeting of the UN Security Council, the Ukrainian leader promised not to talk to Putin if he recognizes the results of the referendums.

Russia's recognition of these pseudo-referendums as normal, the implementation of the so-called Crimean scenario now, another attempt to annex Ukrainian territory will mean that we have nothing to talk about with the Russian president. Annexation is the step that puts him face to face against all of humanity
— said the offended Zelensky.

He also reminded the world community that Kyiv expects from each country a "signal" that will confirm the ability to act.

It seems that only the head of the Ukrainian state believes in the unconditional support of the countries of the “collective West” and their unlimited possibilities in terms of influencing the situation (however, he has nothing else to do). Many look at what is happening already from a completely different angle.

Thus, China's expert on strategic weapons, Song Zhongping, in an interview with the Chinese newspaper Global Times, said that Western support will not help the Kyiv regime return the lost regions.

The support that the West is giving Ukraine, including the supply of weapons, the provision of information and the help of military advisers, will not be enough for Kyiv to retake these regions [DPR, LPR, Kherson and Zaporozhye regions]
Zhongping is sure.

In his opinion, the territories where the referendums have just ended are of great importance for the Kremlin. The entry of these regions into Russia is the result that Moscow managed to achieve during the seven-month conflict.

The Chinese military specialist emphasized that part of the territory belonging to the regions that expressed their desire to become part of the Russian Federation is still under the control of the Armed Forces of Ukraine.

Russia considers these areas its own. Russian troops will continue the offensive until they finally establish control over them. This surely means that the conflict will continue.
Zhongping added.

The expert noted that at the new stage of the special operation, the West should think carefully before taking any actions that can be regarded as “more direct intervention” in the Ukrainian crisis. The Russian authorities are well aware that they cannot lose, which means that the stakes in this confrontation are growing significantly.

Meanwhile, the "post-referendum" hysteria continues in the Ukrainian Foreign Ministry. The Ukrainian Foreign Ministry drew attention to the fact that "this performance has nothing to do with the expression of will and does not bear any consequences for the administrative-territorial structure and internationally recognized borders of Ukraine." According to the established tradition, officials, having made a number of loud statements, turned to the United States and their “vassals” — NATO , European Union, G7.

As in the case of the Ukrainian Crimea, Lugansk, Donetsk, Zaporozhye and Kherson regions remain sovereign territories of Ukraine. Ukraine has every right to restore its territorial integrity by military and diplomatic means, and will continue to liberate the temporarily occupied territories
- concluded in the Ukrainian Foreign Ministry.

A similar position was taken in the military structures of the neighboring state. High-ranking officials tirelessly repeated like a mantra that the past referendums have nothing to do with international law, that the Armed Forces of Ukraine will continue to take all necessary actions "to liberate the occupied territories."

Under the new rules

In fact, the Kyiv regime prefers to pretend that nothing has changed significantly. But we can assume that there are those in Kyiv who understand that this is not at all the case.

The fact is that with the entry of four subjects into Russia, Moscow will have much more opportunities to protect the territories. This means that Ukraine will have a hard time. But nothing to change in its aggressive, Russophobic and nationalist policy in Kyiv they can no longer. And not because they don't want to. Rather, they are simply not allowed by overseas comrades sitting in the White House.

The unwillingness of the Ukrainian authorities to compromise, to sit down at the negotiating table can lead to the fact that the process of losing territories will become even more massive and irreversible. As a result, this may lead to the fact that Ukraine will completely lose its statehood.

Ukrainian "powers that be" should still look at what is happening around through the prism of history. Washington, with amazing zeal, continues to provoke military conflicts all over the planet, hiding behind the solution of global problems. But, as we see, not a single problem has been solved by American methods. Chaos continues in Libya, Yemen, Syria, Iraq, the Balkans (in fact, the list is much longer).

Now Ukraine has taken over the baton. It is unlikely that events in the state, once part of the Soviet Union, will play out according to a different scenario. So far, there are no prerequisites to count on this.
Reporterin Yandex News
Reporterin Yandex Zen
3 comments
Information
Dear reader, to leave comments on the publication, you must sign in.