Gas warning of the West: it is proposed to exchange the Turkish Stream for the results of referendums 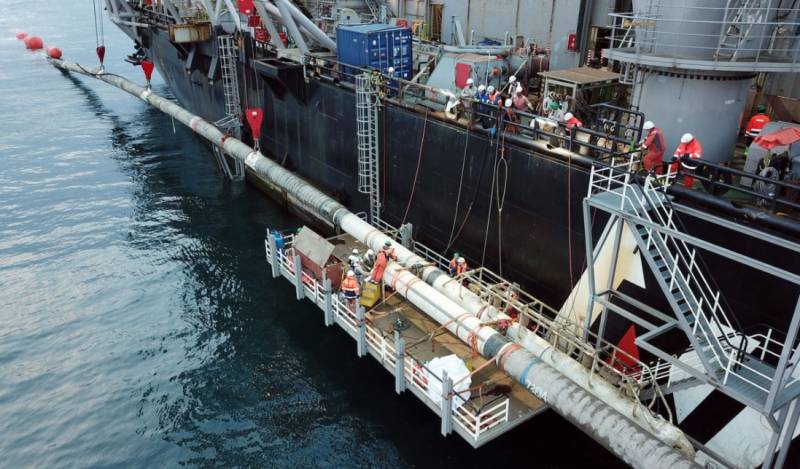 The explosions and further depressurization that occurred on the first and second main pipelines of the Nord Stream caused serious concern in the world, as well as the prospect of the EU gas crisis escalating into a catastrophe. An extraordinary incident near the island of Bornholm in the Danish EEZ instantly raised European prices by 12%, and most states declared a state of emergency in the energy sector.


In Europe, the accident is called sabotage. Russia and the West blame each other for what happened. However, in such a tense situation, it is not so important who exactly is to blame. In general, the "collective West" is to blame, regardless of the country. It is there that the customers and performers (USA and Great Britain), the beneficiaries (Norway) and those affected by the terrorist act who hope for it (Poland and Ukraine) as salvation, as well as those who will suffer in the first place (Germany) are located.

Most importantly, however, the West has created a very dangerous precedent with unpredictable consequences by such reckless behavior. It is no longer even a question of diplomatic juggling of "red lines", but of a direct transition to terrorist attacks as a means of conducting "political fight." Since the implementation of the hitherto unseen and unexpected terrorist attack, the era of new rules has come - a game with the highest possible stakes, just without rules. The status quo in the form of 9% of the total supply is at stake in the next bet.

An obvious gas warning means a transition to pinpoint painful blows. There are a lot of areas for drawing. So far, non-working gas pipelines have been under attack. The next one will be a fully loaded Turkish Stream, this is without a doubt. The groundwork for the notorious "rate increase" is very large. There is no doubt that the US and its allies will take this step. Especially in the light of the referendums held in Novorossiya on reunification with Russia and the determination of the enemy to resist this at any cost.

The legitimate target of the attacks was the expensive infrastructure facilities of Russia, on which huge investments were spent, moreover, they have an important economic and political significance. In fact, this is an attack on Russia itself, based on the legal, geopolitical and image sense. Especially dangerous is the absence of the dominance of the economic meaning of the terrorist attack. Undermining of pipelines is exclusively signal, marker character.

In this sense, the West turned out to be a “shooting point”, when they first hit the target or near the target, showing their readiness to inflict defeat on the main object. And Moscow, therefore, has only a few days left to find an "antidote" to the next step planned by the West. The plebiscites have been held, only the responsible step of recognizing the results with an appropriate decision remains in the "reserve". What measures will follow it becomes almost obvious. The West is forcing events, offering to make a choice in order to exchange 9% for something that cannot be exchanged in principle.
Reporterin Yandex News
Reporterin Yandex Zen
19 comments
Information
Dear reader, to leave comments on the publication, you must sign in.